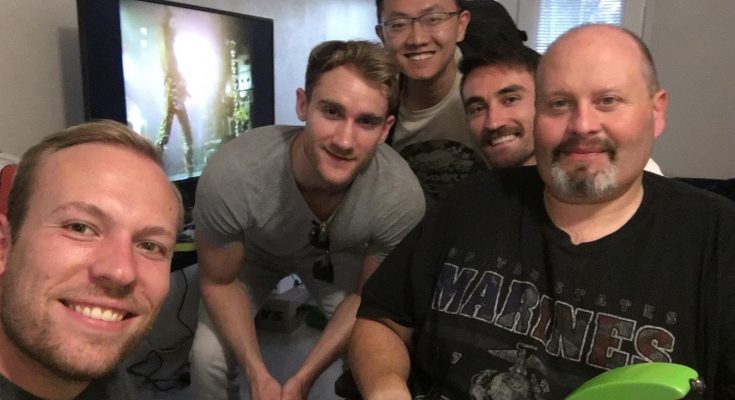 This is a story about how a veteran experienced homelessness and how he fought and escaped from the tough situation to rebuild his life.

I worked with three other crew members for this film in Sustainability Storytelling class. We followed our instructor Peter Byck to learn how to produce a short documentary.

Fortunately, another film crew in our class met Michael, and they recommended him to us. We found he may be a great guy to follow because he was trying his best to compete with his tough situation. We didn’t know what would happen, but we felt his power and spirit.

In the first month and a half, we tried to find a great story and character, but we did not have much luck. Furthermore, C.A.A.S – Central Arizona Shelter Services, which is a homeless shelter in downtown Phoenix, denied us to continue filming there. It was a big challenge.

We started following Michael to tell his story.

After about two months of work, we finished the entire film. Luckily, the story has a relatively happy ending.

This is my first time producing a film with an international crew, one is from Germany, two are American, and I am from China. It is a wonderful experience. Despite different backgrounds and languages, the feeling of a strong story and creative production is similar.

This is so important to me because I want to be an international storyteller and content producer in the future. The ability to find a good story and express it in a proper way should be always a key point, regardless of what field I work in.

View all posts by Chentao Cui →