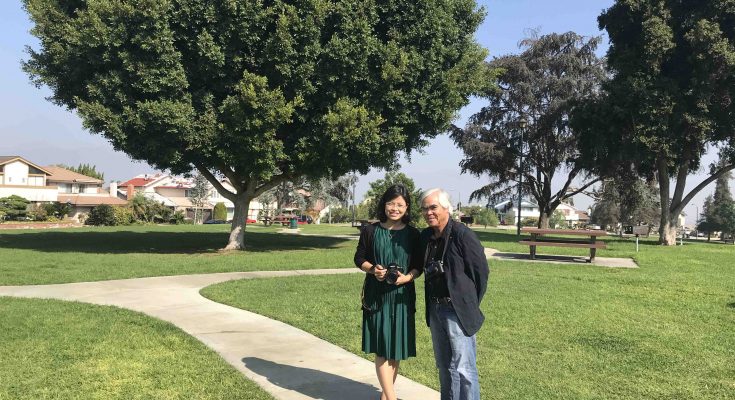 “Napalm Girl” is a famous photo that shocked the U.S. public in 1972 about the terror of the Vietnam war. The picture shows a naked 9-year-old girl, screaming in pain for help and running toward the cameras of international journalists. She was one of the lucky survivors after the napalm bombings of the U.S. Army in the small village of Trang Bang, Tay Ninh Province, in Vietnam.

On June 7, 1972, the North Vietnamese Army (VNA) occupied the South Vietnamese town of Trang Bang. The VNA often hid among the villagers because it helped avoid airstrikes and artillery.

To prevent casualties, many villagers fled and took shelter in the Buddist temple of the village, including Kim Phuc, the protagonist girl in the picture Napalm Girl. On the second day, the combat inched closer and closer to the temple. Some villagers decided to flee the temple only to meet an untimely fate. The bombs, including napalm, descended upon the village to kill the VNA.

During the escape, Kim Phúc’s cousin died, and more than half of her body  was severely burned. Kim would have died a few hours after the bombs were dropped, if not for the help of a Vietnamese photographer, Nick Út, who took her to a hospital in Saigon.

Nick was working for the Associated Press at the time he snapped the famous “Napalm Girl” photo. His photograph won a Pulitzer Prize in 1972 and was named a picture that changed the war in Vietnam.

Nick’s love for photography came from his brother, a former A.P. photographer. He was killed in 1965 at the age of 27 while covering the Vietnam War.

After his brother died, Nick applied for a job at AP in 1966. Horst Faas, the photograph director for A.P.’s Saigon office, first turned Nick down because he was afraid that Nick would die on the battlefield like his brother.

With his insistence, Nick got his first job in the darkroom, and not long after that, he became a war correspondent like his brother. He had fulfilled his brother’s dream, which was to create photos that could change the war.

Last October, the “Napalm Girl” photo was voted the most powerful news image of the last 50 years. In a poll conducted by the History Channel among British audiences, this picture topped the list of photographs that changed the world. It won 37 percent of the vote. The photo is also on TIME’s list of 100 most influential photographs ever taken.

Interestingly, when I came to the United States for the Humphrey Program, I often saw this famous photo. Sometimes, I would see the picture in the journalism history class of Prof. Dr. Willam B. Silcock. Another time, I saw the photo on display at the News Museum in Washington, D.C.

The “Napalm Girl” photo was usually taken as an example to illustrate the terror of war and the valuable role of a photograph’s message. Last November, I had a chance to connect with photojournalist Nick Út in Los Angeles, California. We got a hospitality interview about this photo.

Here is the video.