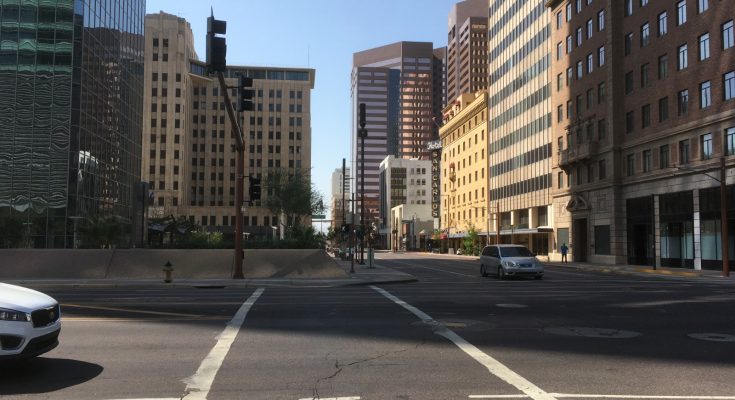 The moments we never forget are mostly about the biggest deals of life. Love and pain; success and failure; birth and death and much more. However, some moments in life are created from banal episodes. In fact, something as unexpected as kindness from a stranger would be able to blur the first sight of the Eiffel Tower as years go by.

At least in my case, simple moments gain importance (and eternal life) when they change my perspective. This happened in the middle of a crosswalk on my first ever morning in the United States. I arrived here with decades-old perspectives, stereotypes and prejudices. Labels like guns, racial divide, social inequalities, opioid addictions clouded my mind when I went for the first walk in Phoenix Downtown with my daughter.

I was about to cross a street when I spotted a man on the other side. To put it gently, he didn’t look like a university professor. The clothes he wore were slightly ripped, he looked unkempt and his appearance reflected the challenges of his life. And yes, the color of his skin was different from mine. I became slightly anxious, so when the light turned green, I tried to walk past him as inconspicuously as possible, since we were about to cross each other’s way.

I grabbed my daughter’s hand and just kept looking ahead, avoiding eye contact. I felt that he was watching me and as he got next to me, three words woke me up from my increasing anxiety. ‘Nice shoes, man!’ Did he just say this to me? It took seconds to realize. I stopped at the crosswalk, turned around and saw him pointing to my shoes with a thumbs up and a smile on his face. As I watched him closely, he seems absolutely fine and didn’t look to be in bad shape after all.

I couldn’t be more surprised: none of my clothes have ever been praised by a stranger and it just happened after my first few minutes in a US street by someone who I feared for my life ten seconds ago.

Since that encounter, I have had several conversations with great people from all over the world, I have been amazed by the university facilities and life at ASU and I have discovered a significant part of Phoenix by hunting for used stuff. However, the most memorable moment so far was hearing those three words while passing the crosswalk.

Those three words just defied all my fears in a moment. I believe no movies, speeches and sensitization training could have done the same with me. It just punched me directly on my face – how wrong could I be by listening to my fears, stereotypes and prejudices.

I know I’m not alone with these feelings. If you read some of the blog posts from the previous fellows, it becomes evident that for many of us this voyage is primarily about defying our fears and overcoming our stereotypes.

I’m endlessly grateful to that man for teaching me this essential lesson on the first day of my stay. Especially as no one else has praised my shoes ever since.

Bálint Fabok is an award-winning journalist with 10 years of journalism experience, currently working at G7.hu, a business-focused online magazine. He covers corruption, climate change and the social dimensions of the Hungarian economic transformation. Fabok holds a master’s degree in international relations from the Central European University. As a Humphrey Fellow, he seeks to improve his skills in data and investigative journalism. He also aims to experience a broader view of the American media.

View all posts by Balint Fabok →