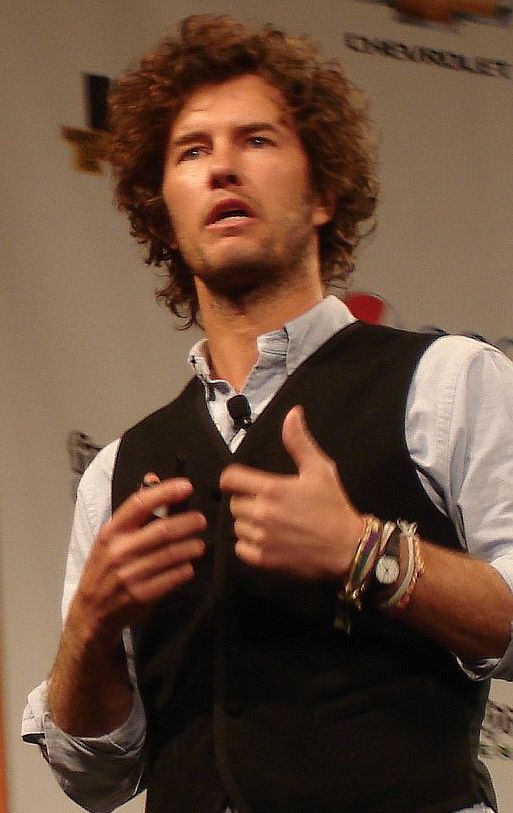 In my last post I promised to say something more about Blake Mycoskie and TOMS Shoes. Contrary to what many people think, there is no Tom.

Blake and TOMS are the same person. In fact, Blake invented TOMS as an abbreviation for ˝tomorrow’s shoes˝. You can read the story of their life on the TOMS official website .

But why I am so excited about it? Why I can’t stop thinking about it since I’ve heard Blake’s speech at the South By Southwest Interactive  Conference that  took place March 11-15 in Austin, Texas? Well, he is a good-looking guy at some point. But that’s not the point. I am actually thinking of him in the same way I’ve been thinking for several years now about the elderly gentleman – Bangladeshi businessman Dr. Muhammad Yunus , inventor of the Bank For The Poor and Nobel prize winner.

What makes those shoes different than any other textile shoes known for centuries as ˝espadrilles˝? 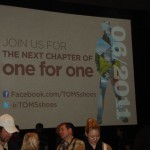 The ˝One For One Movement˝ began in Argentina in 2006, when the young American salesman befriended children who had no shoes to protect their feet. He made an Internet offer: for every pair you buy, somebody who can’t afford it gets one. The response was almost frightening. Now TOMS is everywhere where the need is, recently Haiti.

You can also join the ˝One Day Without Shoes˝ Action on April 5, just to see how it is to walk around barefoot, like many people in this world do regularly. Or you can wait for the lock to fall from the new secret TOMS action starting on June 7. Whatever you do, you will surely feel good about it.

Because Blake said clearly: ˝Giving is not just feel-good. It’s good for your business and your brain˝. The proof: it involves not only thousands of customers, but other businessmen too. For example, baby-Blake is the first company boss that Ralph Lauren collaborated with. Ever. Also, TOMS sold extra 100.000 shoes after the commercial they made for AT&T.

What do TOMS shoes have that no other shoes have? They have the idea of a greater good. It makes the people who work for Blake less stressed, and incorporates feeling good about something every day of their job.

And you know what: these days TOMS is hiring. Check it out!