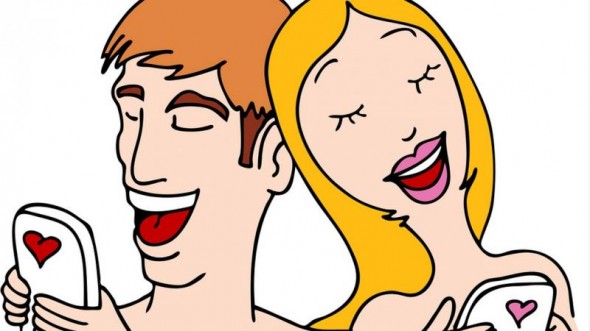 When I went looking for mobile journalism blogs or posts on the topic, many of my first hits while searching were outdated or broken links — surprising because you’d think that the mobile is on the rise and more journalists would be talking about how they’re using it. I stumbled upon a column on ReadWrite that isn’t exactly about journalism (it has more of an adjacent tie to it); it’s a journalist’s experiment with online dating using ONLY mobile apps. Dan Rowinski writes that his experience will show the relevance of our lifestyle behaviors on our cell phones to what he does for ReadWrite:

There’s actually a deeper issue here. I cover mobile technology for ReadWrite, and so I make a point of living as much of my life via smartphones or tablets as I can. Mobile gadgets aren’t just a bunch of specs and apps, cameras and wireless connections. They’re portals for information and connection – powerful computers that have the potential to transform ordinary human behavior. My goal is to see whether and how this works in person, and to report back on the experience.

What I drew from this is that the way we share information has been completely turned upside-down with the evolution of mobile. Technology as a whole in the past two decades has transformed many of our country’s industries and no doubt has had a significant impact on the economy, but it also has affected our social interactions and parts of our lives that used to be intimate/deeply personal. Such as dating — who could’ve predicted that we’d be creating virtual representations of ourselves that could be picked or passed over by potential lovers, all through the comfort of our home computers, or now on-the-go with our mobile devices?

This reminded me of the video we watched in class that showed Walter Cronkite in the “home office of the future.” Just as he thought then that we knew what 21st-century life would be like, we think we may know now the impact of our Internet habits on our changing social lives. But really, it’s just the beginning. Our behavior now may seem completely foreign to future generations using technology that, right now, is just a barely-formed thought in some engineer’s head. It’s an exciting time that surely will be part of history – and as long as we keep an open mind and willingness to experiment, like Rowinski leaving his dating life in the hands of what he calls “sometimes sketchy-looking” mobile apps, we might be at the front of the next wave of new technology, and maybe even enjoy the ride.

Would you turn to mobile apps for such personal behaviors like dating? Or do we do so already with apps that document our day-to-day activities like Facebook and Twitter? Is there even a difference?

2 Comments on “Mobile apps and dating – a glimpse into the future?”