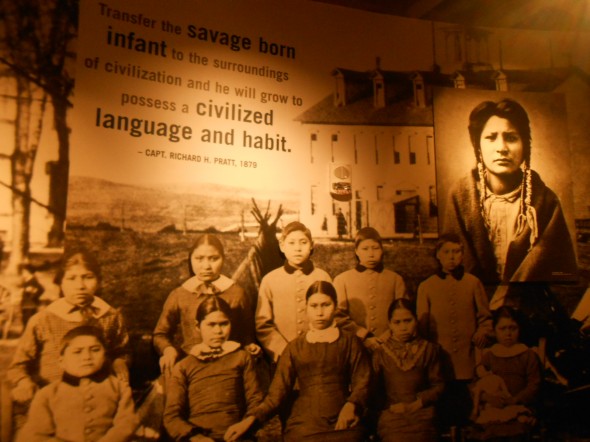 In 2013, we celebrate the 50th anniversary of Dr. Martin Luther King, Jr.’s speech “I have a dream”. The remarkable March on Washington for Jobs, Justice and Freedom brings up reflections about the black population’s civil rights in the world and how Dr. King united blacks and whites for this agenda. Today, I wonder to what extent Dr. King’s dream has become reality? From my life in Brazil, a developing country, and my short five-month-experience in the USA, a first world country, equality between races is still a challenge for our societies. 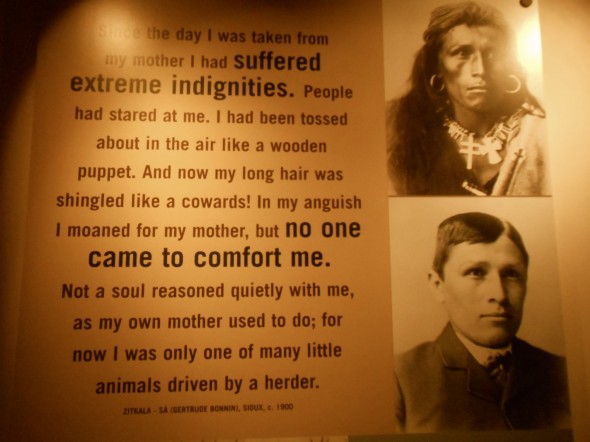 The sensation that we have much work to do is always present in myself. I went to the Heard Museum in Phoenix-  AZ, and it was impossible for  me to contain the tears at the Boarding School section –  which was about the experience to include Native  American in formal education. It reminded me immediately of my ancestors’ history in Brazil, violated for their color and culture. But, my feeling was not a deep hurt from the past. The condition that most of the black and indigenous people live in the world demonstrates that different people were and are until today treated as a secondary category of citizens. If the racial democracy was true, Dr. King’s struggle would be a great remembrance and not still a cause.

Indeed, Dr. King’s vision leads people until today. For the 50th anniversary celebrations across the USA, The King Center worked by the theme “Our World, His Dream: Freedom – Make it Happen” and added three important sub-themes, that, in my view, give the debate a concrete agenda: “Freedom to Prosper in Life,” “Freedom to Peacefully Co-Exist” and “Freedom to Participate in Government.” These sub-themes also ask for the effectiveness of the Civil Rights Act of 1968 and equal opportunities.

From that context, I infer that part of Dr. King’s legacy is to keep the flame of struggle for equality alive. As a leader, he took advantage of

everything: his education, life experience, oratory skills as a minister, networking. He built himself and lived according to his beliefs. He had a strong inner voice and listened to it, even in the face of controversial positions such as opposition to the Vietnam War. To me, Dr. King was action. He spoke very well, but he also did significant things. His words and acts continue to inspire people. He had the ability to bring people together and to share a vision of a world that didn’t exist, but he had one way to build it. Dr. King’s mobilization is a inspiration to see inequality as not normal and to keep struggling.

I invited others people to give their opinion about Martin Luther King’s leadership. Let’s see:

“Luther King is alive. His words, until today, help us to keep fighting by equality, to defeat discrimination by color, religion, sexual orientation, financial conditions or anyone kind of discrimination. The fight continues, and his dream, now, is the dream of millions around the world.”

“I heard for the first time the speech “I have a dream” when I was young in Mozambique. At that time I just memorized “I have a dream” and I kept repeating this without knowing the real mean behind this words. I just thought that it was good to have a dream. But now, I understand what he was saying by this. The dream of unity, the dream of freedom and so forth. For me, Martin Luther King Jr. is the beginning of inspiration for all of us, without identification of race or language or nation.”

“He represented and still represents the fight for an ideal, that in case of American society, was for equality and less racism. He had charisma, arguments and the ability to mobilize people.”

“The speech of Martin Luther King marks one before, and one after for all black people and civil rights history.  Panama lived the apartheid in the Canal Zone. The civil rights of black workers from Antilles were not recognized. For a lot of people, the speech was the hope and they continue waiting for their rights.”