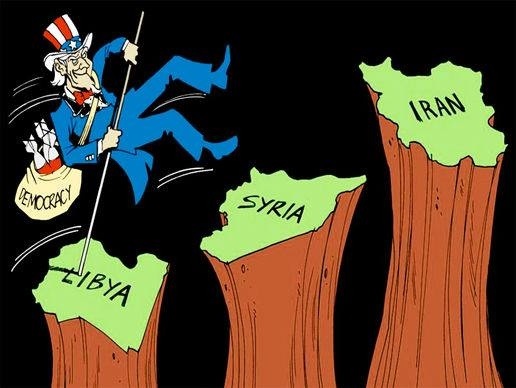 “Leadership is influence” wrote John Maxwell author of the book “Developing the leader within you”. Maxwell observed that a leader is one who is able to influence others to follow his or her ideas or opinions. A leader is the one people watch most when discussing issues. So who is watching who between Obama and Putin regarding the Syrian civil war.

Well, we can answer this question better by looking at the position each President has taken and the level of support garnered so far.

Lets look at Obama’s stance first. Obama says: Syrian President Assad is a killer; he is killing his own people using chemical weapons. He argues Assad must be stopped, must step down, must be disarmed through military action. Whom has Obama influenced to follow his position? Did he influence Congress or the Senate? Did he win public support?

If you ask Obama and his White House’s supporters the above questions; they will hasten to tell you that the President has plenty of backing for his planned military action against Syria, both at home and abroad. Congresswoman Debbie Wasserman Schultz, Chair of the Democratic National Committee, appearing on CNN on Wednesday, claimed “there are dozens of countries that are ready to stand behind the United States politically, diplomatically, and militarily.” She did not name any country for ‘security reasons’.

In reality, only one country has pledged military support to Washington – France. Even long time ally Britain is not on board. The House of Commons in Britain rejected the proposal to strike Syria. Even US Middle East ally, Saudi Arabia, has been undecided as much as ambivalent on the use of military force, “whatever they (Syrian people) accept, we accept, and whatever they refuse, we refuse.” Saudi Foreign Minister Saud al-Faisal is quoted on Aljazeera online news.

President George W. Bush brought to his side around 40 allies for the war in Iraq. Obama has embarrassingly failed to win even two, not for a fully fledge war, but targeted strikes.

What about President Vladimir V. Putin of Russia! President Putin message is no war on Syrian soil. He argues for a diplomatic solution. US strike is against international law. US strike against Assad would result in more innocent victims. US strike will potentially spread the conflict “far beyond Syria’s borders”. Putin does not support Obama. Instead of military action, Moscow proposes that Syria’s chemical weapons be placed under international control.

Whom has Putin influenced? Many! Iran, Syria, China, Germany, UN Secretary General, EU Commission etc. Putin has also managed to influence France, USA publicly declared ally, to support Moscow proposal albeit with conditions. And the big catch in the net is Obama himself. Obama has changed his stand from military action against Assad to “… now we may not strike if Assad gives up his weapons to Russia.”

Has Putin influenced African countries? Yes. No country in Africa is supporting the war. With exception of Kenya, African countries are not even supporting a UN resolution condemning Assad. Zimbabwe voted ‘no, along side Russia and China while Tanzania, Uganda, Angola, Cameroon, Comoros and Namibia abstained.

So as the plot of Syria continues to unfold it is quite interesting to observe whose opinion seems most valuable. Who is the one others watch the most when the issue is being discussed? As of now people are watching Moscow. Putin might have eclipsed Obama. But for how long?

5 Comments on “Who is watching who on Syria?”