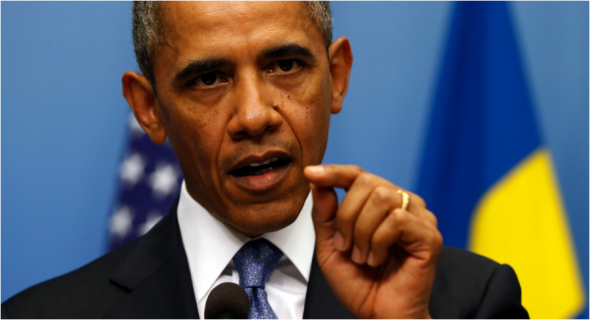 As tensions rise over how to handle the events taking place in Syria more and more attention has been brought to Obama’s seemingly fickle leadership. Though Obama’s lack of a consistent plan is concerning to say the least, given the present circumstances it seems unavoidable. According to a poll conducted by CNN and released on Monday, September 9th (http://www.cnn.com/2013/09/09/politics/syria-poll-main/index.html) seven out of ten Americans surveyed do not believe that a strike on Syria would accomplish the United States’ goals but yet, Obama has still decided to go forward with his plans for Syria by seeking approval from a confused and somewhat divided Congress. Despite all of this opposition it seems even now Obama is attempting to gain some public favor with all of his recent public appearances attempting to explain his strategy. Then, to add even more chaos, supporters of a strike in Syria, particularly Senator John McCain, are urging the President to proceed in Syria before Congress has the chance to say no, potentially making waves with the public and within the political world. (http://www.breitbart.com/Big-Peace/2013/09/12/McCain-Obama-Should-Bomb-Syria-Before-Congress-Can-Say-No)

With strong opinions on all sides it seems as though it is time for Obama to stick to an opinion of his own. Though Obama acknowledged that he could go ahead with his plans for Syria with or without Congressional approval it seems to me that it would be the worst kind of irony for our president to make such a dictator-like move to take down another dictator in the name of democracy and human rights. However; from a political standpoint with Obama nearing the end of his term a lack of public approval would affect him very little. I do wonder how Obama’s approach to Syria would have been different had he been eligible for re-election. Would he have been more concerned with the views of the other members of the Democratic Party? My guess is he would have sided more with the public opinion in order to appease potential voters.

One Comment on “Would possible re-election changed Obama’s plan for Syria?”