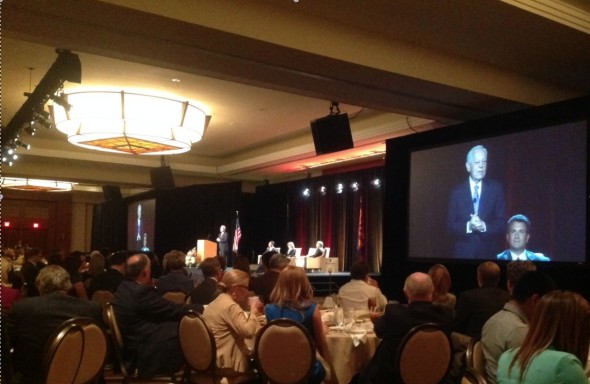 Bob Schieffer, the 2013 Walter Cronkite Award for excellence in journalism recipient, answered some fundamental questions I have had about journalism? Often asked by public relations practitioners like me is the question to what extent should journalists publish leaked stories from government or private corporations. What do journalists seek to achieve by publishing classified information? In whose interest are the published leaks?

In this acceptance speech Bob, the host of “Face the Nation” and CBS News correspondent, said journalists and schools of journalism must basically recognize what journalism is in the new world.

Journalism is not about scratching the surface. It is about going beneath the surface and finding the truth. The government keeps too many secrets – we all know that – but obtaining and releasing mountains of classified information just because it is classified with no thought on whether it might harm, endanger or in fact put nation’s security and citizen safety at risk is not journalism. It is the hype of irresponsibility. We should never let someone in government think that they have an exclusive on wisdom, at the same time, we must also remember that neither do we.

In a world in which we are able to get information from thousands of sources and from various point of views, it is fundamentally important for journalists, bloggers, twitters and public relations practitioners to pay much attention to the content. Is the content accurate? Is it vetted? Is it true? Is the information something we can trust? And most importantly is it in the interest of the public?

Having watched the Fifth Estate, a film that reveals the quest to expose the deceptions and corruptions of power through WikLeaks, Bob’s speech answered two questions of our time “what are the costs of keeping secrets in a free society-and what are the costs of exposing them?”

Do you agree that publishing leaks with no regard to the security and safety of the citizens is irresponsible journalism?