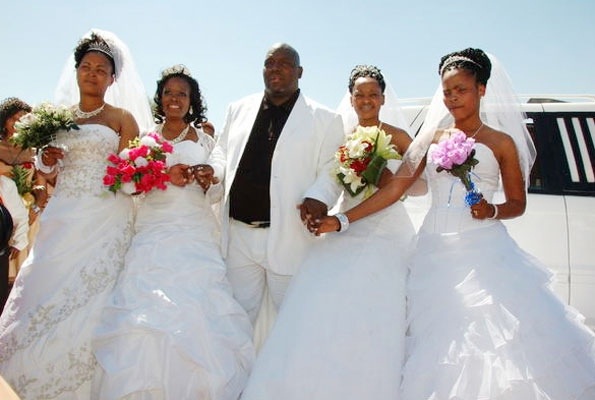 South African President Jacob Zuma has four current wives. He has 21 children. Mswati III, King of Swaziland, has 15th wives and 27 children. My father had three wives and seventeen children. Polygamy …..the practice of marrying more than one wife …is Illegal in US. However, in Malawi and many African countries, it is not only legal but culturally promoted. What leadership lessons can we get from a polygamous family?

1. Your title is not enough.
In my polygamous family, the title dad or father did not yield enough influence. There were many people around us we could follow – uncles, aunts, village headmen, neighbors. My father had to conscientiously use his position as a dad in creative ways to help the family and yield influence. Getting together and sharing stories was one such ways. In modern institutions, leadership is now based less and less on position and title. People might follow you because of your title or position. But truly effective leadership is about influencing those in positions above, peers, and below, regardless of title.

2. Be proud to show your emotions.
My father was a Moslem and I never saw him without his kofia (Moslem hat). He openly displayed his beliefs and emotions. He shared his joys, excitement, values, and aspirations. This created a sense of group identity. In doing so, the three families relate to and mingled well together in sorrow and in happiness. While rules, procedures and protocols are important, rigidity must be avoided. Leaders need to recognize that emotion can be a strength. Displaying joy, passion, excitement, and hope is not only infectious, it can create a deeper sense of connectedness with the people you lead.

4. Be fearless about what you change.
Despite being a dedicated Moslem, my father allowed us to worship whatever God we wanted. The family wanted the children to focus on education rather than religion or jando rite of passage. This was considered a taboo but the family did not back off. The ultimate test of leadership is change. Instead of trying to change others, effective leaders change themselves first and after help others to change.

5. Avoid failure forecasters.
Some people have a tendency to always look at things in a negative way. They see problems. This can’t. That will not. You will never do A, B, C. They spread pessimism everywhere. In a polygamous family you quickly learn to avoid failure forecasters. You have to wade through mudslinging, gossip and false prophesies to get the recognition you desire from your own father and fellow siblings. As a leader avoid associating with failure forecasters. Have an end in mind and don’t let people dissuade you from reaching the goal.

The family is an important institution to begin learning and practicing leadership. A polygamous family presents even greater opportunity. Did someone say Obama’s father married more than one wife? What is your perception about polygamy and leadership? Share your comments below.

7 Comments on “Leadership lessons from a polygamous family”