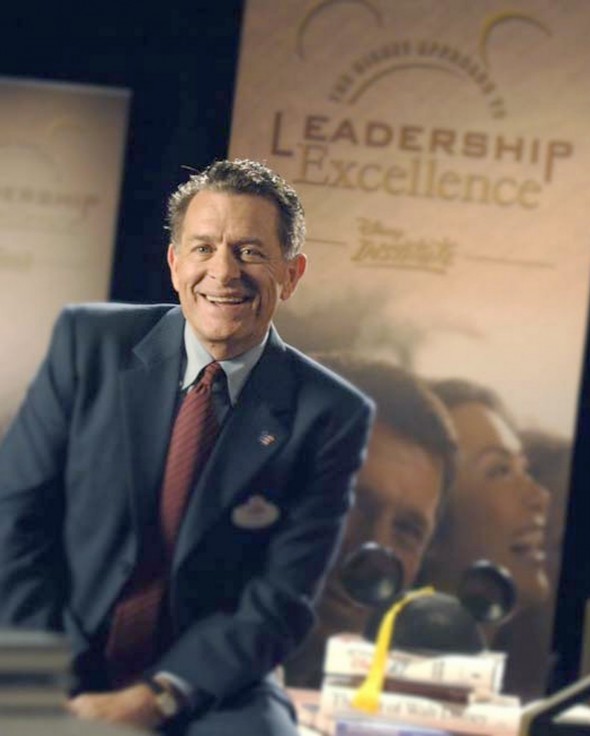 Lee Cockerell‘s Creating Magic: 10 Common Sense Leadership Strategies from a Life At Disney outlines in nearly 300 pages a variety of leadership lessons learned from a successful career in the hospitality industry that resulted in the chief operating position for Walt Disney World Resort.

Many of the strategies the author presents deal exclusively with how to treat and train the employees underneath, or beside, them. Cockerell first tells us to remember that everyone is important, no matter their level in the company. In fact, he recommends that when any important decisions are made, it’s important to make sure every level has been included and considered.

One of the common threads of the book is that talent, ingenuity and great ideas can and will come from all levels of a company; you just have to provide the method and means for them to be discovered.

Cockerell says that every great leader is also a great teacher and has the responsibility to take time to train employees about their purpose and their potential. He tells readers to “burn the free fuel,” meaning that they should not underestimate the necessity of providing appreciation, recognition and encouragement to everyone they come into contact with.

Another major focus of the book is thinking outside of the box and embracing change as a way of improving the quality and culture of the business you currently reside in. Cockerell discusses a number of times how he “broke the mold” and worked to restructure the companies he was with in order to make them more efficient and modern. He says that “your job as a leader is to figure out what the organization should look like, not just to do your best within the existing design” (page 58).

Cockerell also addresses how a leader should think and act in the company he or she is representing. He tells readers to learn the truth about the company and its employees by getting out from behind their desks and actually walking around and talking to people.

When it comes to a leader’s character, he says that you first need to decide what your values are, then stick to them. He highlights honesty, integrity, respect, courage and openness among the necessary traits for a leader. Another important quality is balance. He says that “at the end of your life, no one will care what titles you once held, or how much money you made, or what a big shot you thought you were” (page 257).

Although this summary review may sound like only a few lessons, I can assure you that there are nearly 100 within the book’s pages. In every chapter are a series of mini lessons and subheadings that deal with each of the 10 overarching concepts.

I would wholeheartedly suggest this book to anyone looking to learn how to be a leader, a professional or just a more well-rounded person.

View all posts by Tayllor Lillestol →

3 Comments on “Creating Magic: 10 Common Sense Leadership Strategies from a Life at Disney”