The Guardian is not a movie about ships, it is the story of an experienced top rescue swimmer (Ben Randall) and his best student ever (Jake Fischer). While the main characters are dedicated to save people from sinking ships, they face to the dangers of the sea on a daily basis as a team very much like a ship crew. During the movie, we learn about Ben and Jake and how they invent themselves as great servant leaders and legends. 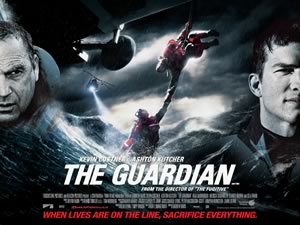 Released in 2006, the Guardian stars Kevin Costner and Ashton Kutcher. Ben Randall, played by Costner in the film teaches a survival and rescue program for the United States Coast Guard at a “A” School, an elite training program for Coast Guard Rescue Swimmers. Ben is a veteran and well-respected rescue swimmer. He teaches the course in a very strict and rules-based manner. He is relentless to his students, one of whom is Jack Fischer, played by Kutcher.

Both find a mutual understanding because both have been the only ones who have survived dangerous situations and must cope with the emotional repercussions. Jake succeeds at his training in the end and becomes a member of the Coast Guard. On a mission he becomes trapped in an sinking boat. When Ben tries to rescue him, the rope that they are both hanging on to begins to break. Ben sacrifices himself to save Jake. While Ben becomes a legend as “The Guardian” helping people to survive, the story ends happily.

Ben and Jake start their relationship as teacher and student and end up as two friends. They have a lot in common: they are both ambitious, dedicated, very good in what they do, and persistent.* In addition, they have both similar kind of trauma in their past. In the beginning, they do not get along very well. Jake’s ambition is directed to Ben who is the best rescue swimmer ever with many records. On the other hand, Jake has a lot to learn from Ben. The first lesson he learns is about the teamwork. Ben teaches the students the importance of teamwork. He advises them to stay together all the time and says “Whatever decision you make, you make as a team.” When Jake arrives late to the class, Ben do not just punish Jake but the whole team for his action. When they are supposed to work in teams and Jake shows off by staying under the water for so long after his teammate fails to accomplish the task, Ben reminds him that it takes much more than his individual effort to become a good rescue swimmer. He later says Jake that “I want you to start being a member of this team. The team you have now.’

The leadership styles of Ben and Jake, the main two characters of the movie, can be best explained by the following quote about servant leadership by Roy Lessin: “A Godly Leader finds strength by realizing his weakness, finds authority by being under authority, finds direction by laying down his own plans, finds vision by seeing the needs of others, finds credibility by being an example, finds loyalty by expressing compassion, finds honor by being faithful, finds greatness by being a servant.” **

As Lessin indicates, we see both Ben and Jake realizing their weaknesses in the movie. Their traumas make them both more vulnerable and dedicated for their mission. They face with their traumas and direct it into helping others and saving lives. We also understand the nature of heroism and the source of their hard-core courages through their stories.*** 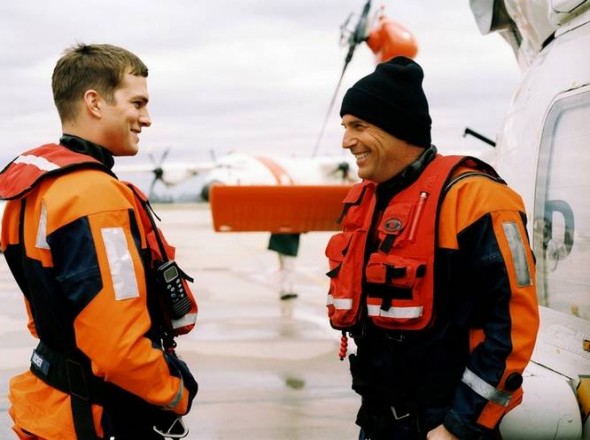 Ben also appears as a charismatic but modest leader although his bright career. Nevertheless, Ben only keeps score of the people he could not save instead of the ones that he saved. He does not just do it for the sake of being humble but this is also how he motivates himself and persuades his students  and “finds loyalty by expressing compassion”. Ben and Jake show a great example of stewardship as well. Ben sacrifices his life for Jake and Jake does not let Ben to drown although he knows that it is hard for them to both survive.

“That others may live”

Ben Randall teaches Jake the Coast Guard’s motto “That others may live”, by being an example. The movie starts with only one leader but ends up having two leaders. Through motivation, stewardship, listening, and healing, Ben helps Jake to develop his leadership although it takes him to lose his own life and “find greatness by being a servant”.

View all posts by Derya Kaya →

2 Comments on “The Guardian: Learning from Servant Leaders”