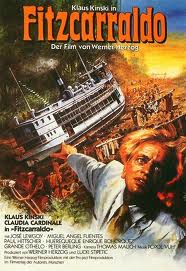 “It’s only the dreamers who ever move mountains.”
– Fitzcarraldo

Werner Herzog’s 1982 film Fitzcarraldo tells the story of Irishman, Brian Sweeney Fitzgerald, who is known to the natives of Iquitos as Fitzcarraldo. As a serious fan of the opera, Fitzcarraldo has a vision to build “the Great Opera in the Jungle”. Motivated by his goal to bring opera to the Amazon, he embarks on a journey to a remote area of Peru that is known to be a rich rubber territory in order to create a source of revenue to pay for his opera. The region, however, is not accessible by boat. Determined to gain access to the land, Fitzcarraldo enlists the help of natives in order to complete the dangerous task of transporting his steamship over a steep hill in order to access the untouched resources of the territory. The film ultimately tells the story of Fitzcarraldo’s obsession with his dream and exposes the great lengths he goes to in order to make it a reality.

The title character, Fitzcarraldo, used an authoritarian leadership style throughout the movie. Autocratic leadership is defined, in part as “A leadership style characterized by individual control over all decisions and little input from group members. Autocratic leaders typically make choices based on their own ideas and judgments”. Fitzcarraldo falls into this category of leadership because he is driven by his own particular vision as to how to achieve his objective and takes little input from his team. Throughout the film Fitzcarraldo is the one calling the shots and he shows very little concern for the wellbeing of his crew and the natives who are enlisted to help him. 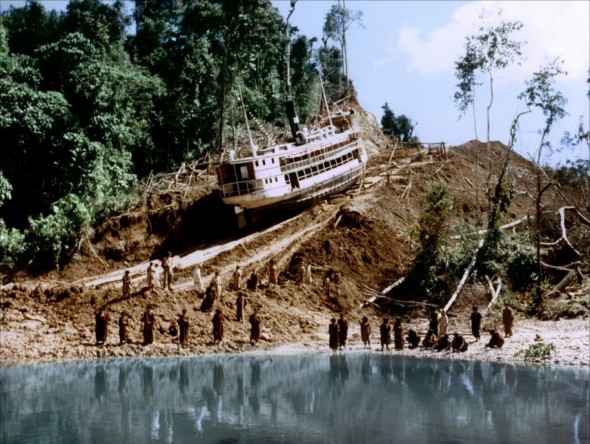 Fitzcarraldo was clearly a flawed leader who possessed both strengths and weaknesses when it came to his leadership abilities. He excelled with determination, vision, and creativity but he severely lacked compassion, communication skills, and integrity. Fitzcarraldo had the admirable ability to surpass challenges. Throughout the film he remains resolute in his goal despite the setbacks that he is faced with and he proves that he is literally willing to move mountains in order to achieve his objective. While there were many ethical questions to be raised regarding the measures he took to reach his seemingly self-serving dream, his determination was commendable. Although there were a great deal of flaws in Fitzcarraldo’s leadership skills including his lack of communication, honesty, and mutual trust for his team, the leadership lessons we will take away from our viewing of the film Fitzcarraldo is that there is much to be admired in the perseverance of a leader with a vision.

One Comment on “Leadership Lessons from an Autocratic Leader”