The Oscar nominated movie “Captain Phillips”, based on a true story of the hijacking the cargo ship Maersk Alabama by four Somali pirates off the coast of SE Africa in 2009, tells the story about two leaders Captain Phillips (played by Academy award winner Tom Hanks) and Somali pirate captain Abduwali Muse (played by rising star Barkhad Abdi). The movie, presents their interplay, and exposes similarities and differences in their leadership style. 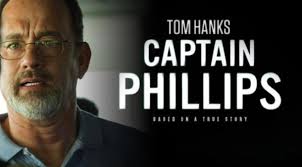 The leadership lessons learned stem from the films two leaders – both of whom are protagonists in their own minds – Captain Richard Phillips and Abduwali Muse.

At the very beginning of the movie Captain Phillips shows himself as a competent, responsible, selfless, servant leader who, when attacked by the pirates, puts himself in danger in order to save the crew members.

Pirate captain Muse is just the opposite – inadequate for the job, selfish, cruel and determined in fulfilling his aim, no matter of consequences. In other words a pure example of an autocratic leader. Muse is irresponsible jeopardizing the lives of his crew, which is especially visible towards the end of the movie, when confronted with action of the U.S. Anti-piracy ship. Muse refuses to surrender, even though it is the only reasonable scenario, saying fatalistically “I’ve gone too far now. I can’t go back now.”

Considering their differences and similarities, we can take out eight main lessons from these two leaders:

Muse: I got bosses. They got rules.

Captain Phillips: We all got bosses.