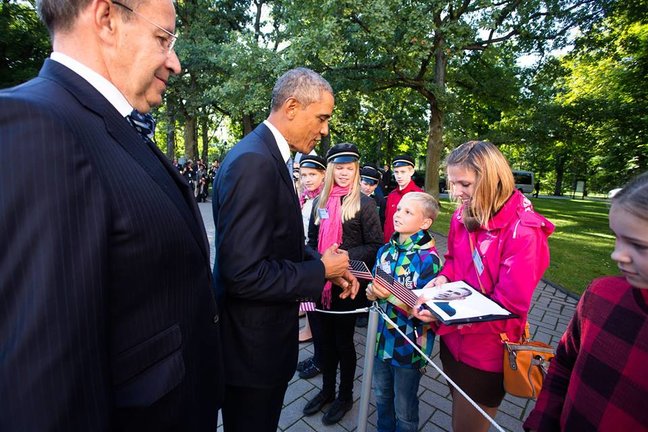 My name is Krista Kull head of public relations and tourism department for Viljandi, an Estonian city, famous for folk music festival. I am responsible for public relations management as well as tourism and international relations development.

US President Barack Obama delivered a public speech in Tallinn Estonia on 3 September 2014. The speech was about his personal touch to Estonia and Estonian people. He also mentioned in his speech the friendship of the American people, and that he is honored to be the first president of the United States to deliver an address like this to the people of Estonia.  The leaders speech was very emotional and serious at the same time. Even on points like the situation in the Ukraine and Russia, and during questions about NATO forces and standing together and united against Russia’s aggression toward the Ukraine.

One moment that I can not get out of my head was the warm human touch the President showed by meeting a 10 year old Estonian school boy, named Kristo whose dream was to meet The President of United States of America. His dream came true as he had a chance to meet The President Obama in person, they shook hands and had a small talk. The boy has written a letter to the President of Estonia who helped him to make his dream come true. And the US President gave his an autographed picture with an and said to the boy “dream a big dream”.

This is the true leadership and being a leader.

View all posts by Krista Kull →