I’ll give you a hint. I’m thinking of something, it’s two words, will change the course of our planets future, and is widely believed to be untrue.

Do you know what it is yet?

It’s climate change, more commonly know as global warming. A touchy subject in today’s world but one that I believe should not be.

Our world’s climate is changing, and not in the natural fashion. The polar ice caps are melting and sea levels are on the rise, the ozone layer is depleting, and average temperatures are rising.

Humans as a species have accomplished much. We are the most advanced in that we’ve built cities, invented everyday machinery, and so much more. However, in doing so we have also become the most damaging to our planet.

It’s time we all saw that. It’s time we as a whole look at our effect on our environment and realize it has to stop.

Not just for our sake but for the sake of every living thing on this earth. 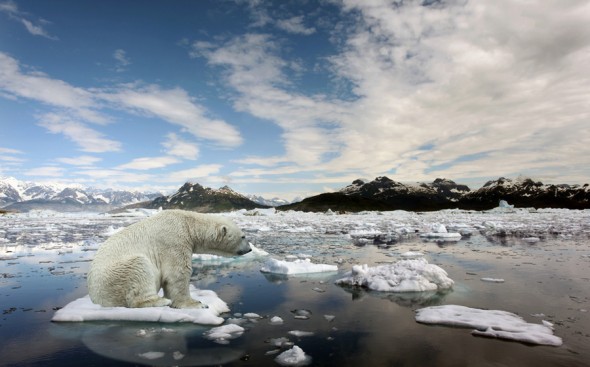 We must as a species form a unified front and decide to make a change or it will not be enough. There are still measures that can be taken to help reverse this problem but one countries initiative cannot do so alone, steps must be taken by everyone to put a stop to the damage we have, and are inflicting on our home and get back to a stable climate.

View all posts by Amanda Ames →

One Comment on “Climate Stability Through A Unified Front”