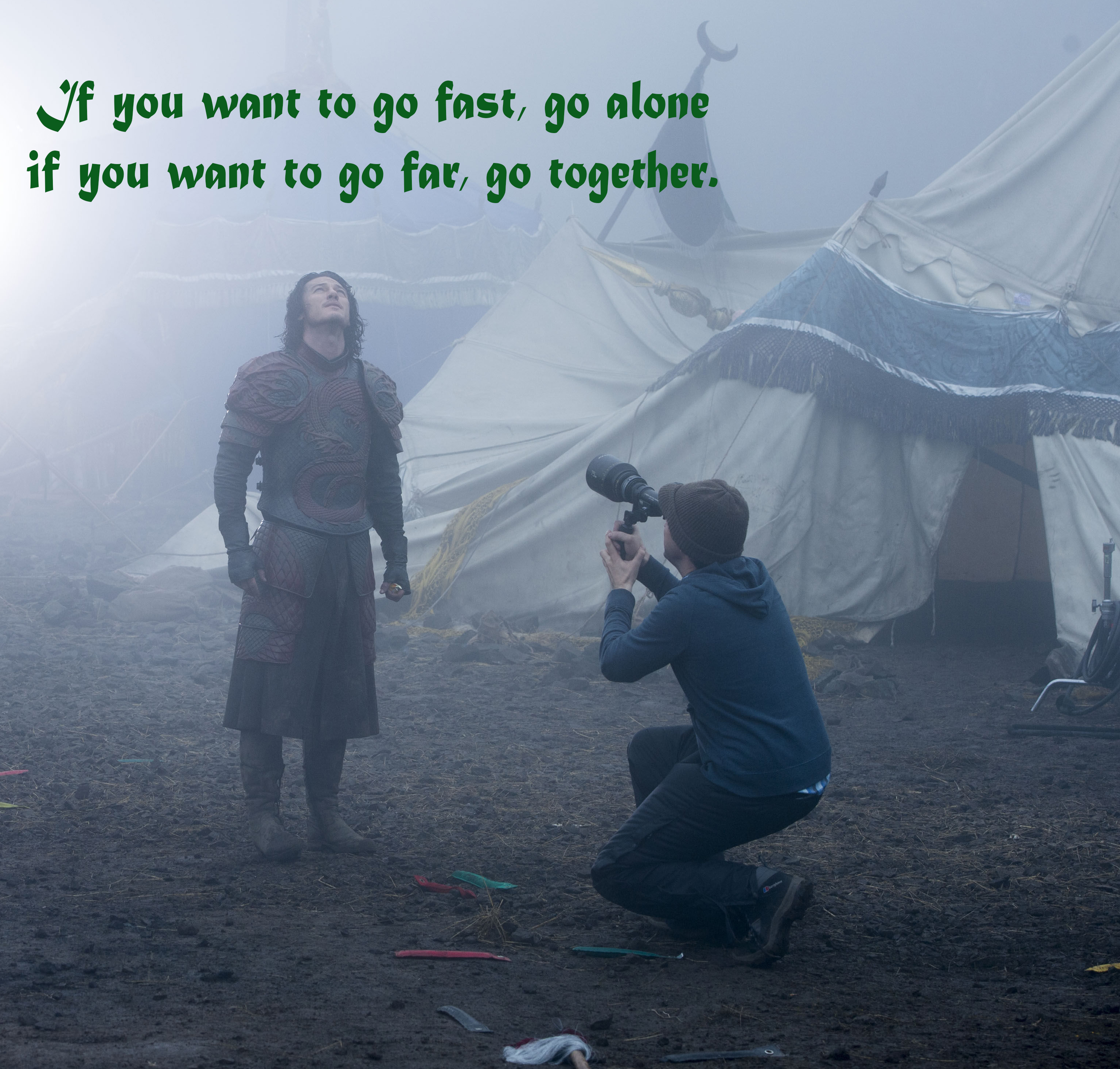 Fantasy and thrill seeking moviegoers show up to the theaters for Dracula Untold in hopes of filling their thirsts for blood, drama and a new twist on a legendary tale. Already by the tenth day (Oct. 17, 2014) on the big screen, Dracula Untold has made $40,735,000 in box office sales. If that doesn’t confirm how much people love vampire tales…we’re not sure what will.

Yes, many attend for the on-screen adventure. But we, Emily Nichols and Armen Sargsyan, showed up to the movie theater in search of advice on effective teamwork. You may think we’re a bit crazy, but at least we’re not demonic vampires.

To explain how we extracted lessons of teamwork from the fantasy film, we’ve included the movie trailer, a brief summary of the Dracula Untold plot line, and our three key takeaways.

Set in Romania during the Turkish invasion, Dracula untold whizzes through a whimsical tale of a Transylvanian leader, Prince Vlad who discovers a vampire in a cave one day during a scouting mission in the woods. The vampire kills all of Vlad’s men and hurries Vlad away.

The following day is Easter and a Turkish party arrives to Vlad’s kingdom demanding young boys, including Vlad’s beloved son to be trained as Turkish soldiers. Vlad tries to use diplomacy to shoo the Turkish Sultan (the man asking for the young boys as tribute soldiers) but this offer is not sufficient.

Knowing he needs more power, Vlad returns to the vampire cave and asks for power from the vampire to defend his kingdom, territory and people. After intense conversation, the vampire agrees to gift Vlad with dark powers – explaining this dominance will last three days.

During these days, Vlad senses an irresistible temptation to drink human blood. But, the vampire warns, if he can hold off, he will be restored to human form and the vampire will be released from his cave imprisonment.

The majority of the power battle plot line takes course in these three days, and is full of familial and romantic love, examples of loyalty and of betrayal – and ultimately culminates in dramatic scenes of loss in fight.

Although we’d love to tell you the ending, we strongly recommend you go and see for yourself. Just be weary – there’s plenty of blood. But you probably assumed that with the title…

So what does all of this vampire-talk have to do with teamwork?

Prince Vlad in Dracula Untold, is a prime example of the first part of the following African proverb about teamwork:

Prince Vlad needed to go fast; he had three days to protect his kingdom. He had to forfeit teamwork to accomplish his protective goals. But in the end, the ultimate power he found came from a collaborative effort of his kingdom.

From this proverb, Prince Vlad, and the Dracula Untold plot line, we’ve condensed our thoughts down into the following three pieces of teamwork advice:

1. At times, you must sacrifice for your team’s success
Turning to dark powers is an extreme case, but it sets precedent for team success. Prince Vlad was willing to endure danger and pain to protect his people from Turkish siege.

2. You must have a team strategy to “go far” in challenging circumstances
Although he kept his “dark power” a secret from his people, this was ultimately the key to Prince Vlad’s success as a leader. The kingdom’s safety relied on his secrecy and strategy.

3. Teamwork requires leadership
Prince Vlad is a valorous and kind-hearted leader of his kingdom. Without his guidance and bravery, it faced defeat and desolation.

4 Comments on “Teamwork Lessons as Told by ‘Dracula Untold’”