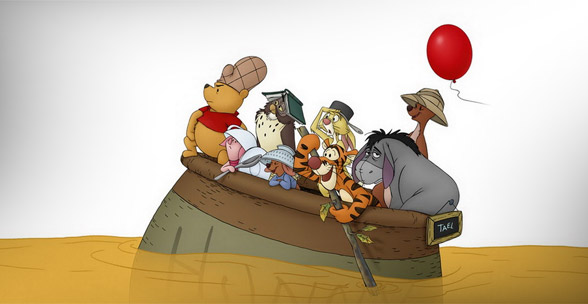 Winnie the Pooh—a sweet bear who conquered millions, and perhaps billions, of hearts all over the world. The legendary personage, created by Alan Alexander Milne, has inspired the artists, the philosophers, and even leaders. 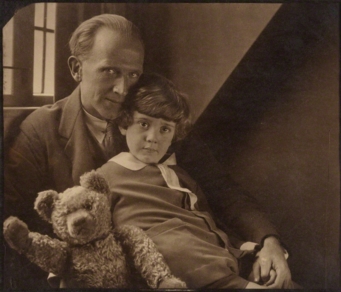 A.A.Milne with his son Christopher Robin and Pooh Bear

Children all over the world have grown up with Winnie the Pooh. The kind and amusing bear even managed to overcome the Iron Curtain, and became very popular in both the Western World and in Communist society as well. The American Winnie the Pooh cartoon began in 1966, and a Soviet adaptation of the cartoon was subsequently created in 1969. The American and Soviet Poohs are different, but at the same time they have many things in common, many of which are on lessons of leadership. 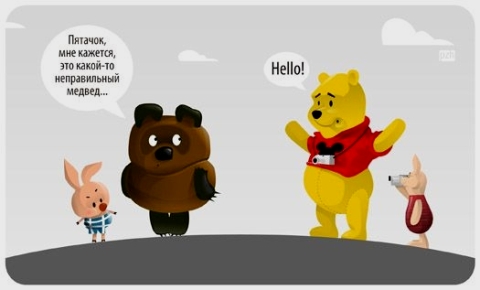 Soviet (on the left) and American Winnies

Creativeness. There are no doubts that a leader should be creative, address challenges, and find solutions for every situation. Winnie the Pooh is such leader and the best example can be his attempt to imitate a cloud to reach some honey.

Honesty. Pooh is an honest bear, which might be the secret as to why he is so popular among children and adults alike. A leader must be honest not only with himself, but with others as well. He must be able admit his mistakes.

Team work. As a good leader, Pooh can work alone and can be a team member. He is able to involve and inspire others. Winnie the Pooh is a person (well, a bear) who will get you where you want to be.zHumility. A leader should understand others and project himself as an equal. Winnie is the leader and he is able to step through his principles and to apologize. Moreover he is able to inspire others to behave such a way.

At last, every leader has his legacy and there are few facts about the legacy of Winnie the Pooh:

Legacy in Philosophy. Benjamin Hoff used Winnie and his friends in The Tao of Pooh and The Te of Piglet to explain Taoism. Frederick Crews wrote essays about the Pooh books in abstruse academic jargon in The Pooh Perplex and Postmodern Pooh to satirize a range of philosophical approaches. Pooh and the Philosophers by John T. Williams uses Winnie as a backdrop to illustrate the works of philosophers. 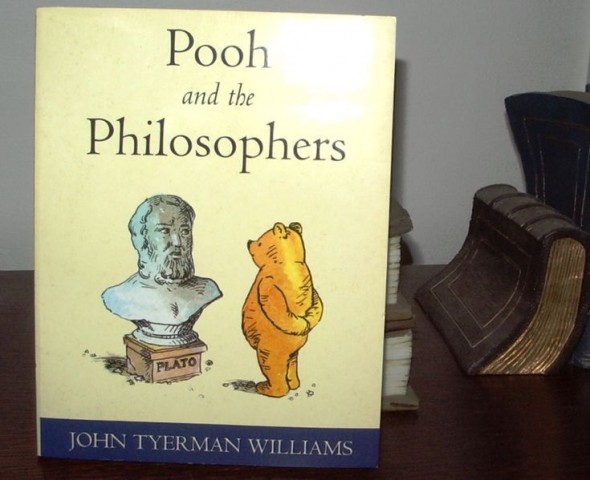 Legacy in popular culture. There are streets or places named in the honor of Pooh. Some music groups took the name “Vinnie.” Furthermore, there are a number of jokes about Vinnie in former Soviet republics. He has become a legend of folklore. 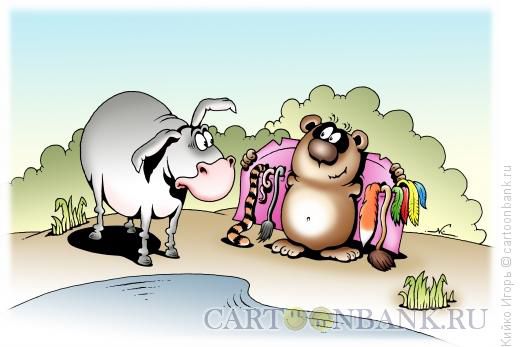 Money. Winnie the Pooh has been translated into at least 46 languages, including Frisian, Mongolian and Esperanto. In 2002, “TV Guide” compiled a list of the 50 greatest cartoon characters of all time and Pooh was given the honor of number 27. Winnie the Pooh sells books, video, games, stuffed animals, clothing, and even iPhone and iPad apps. According to The Telegraph, analysts believe Winnie is worth $3 to $6 billion of Disney’s total annual sales of $25 billion. 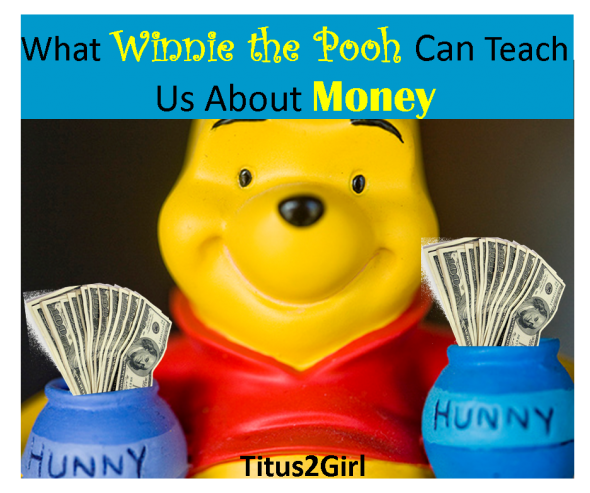 3 Comments on “The Philosophy of Leadership of Winnie the Pooh”