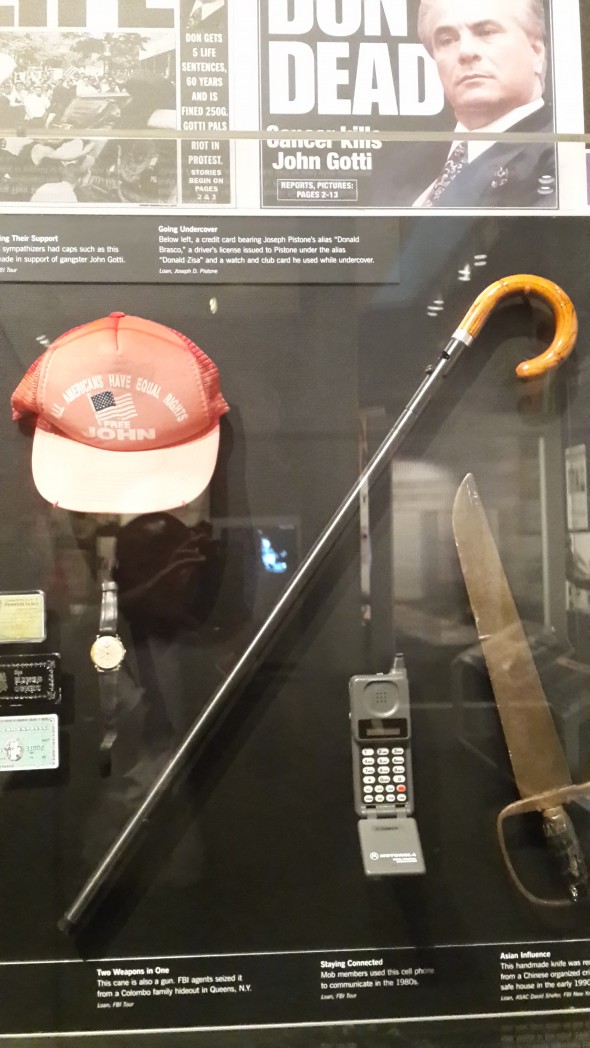 Is this a walking stick? No. A broken umbrella handle? No. A cane? Perhaps. What about a weapon that can discharge bullets? Quite unlikely, but yes it is.

The Federal Bureau of Investigations (FBI) agents were startled, but relieved, to retrieve this wicker-cum-gun from a Colombo gang in Queens, New York.

Now it sits ominously in the FBI basement section of the Newseum, a rich repository on media evolution and reportage on landmark global events. The gallery is located on Pennsylvania Avenue, a block away from the FBI headquarters, in Washington DC. 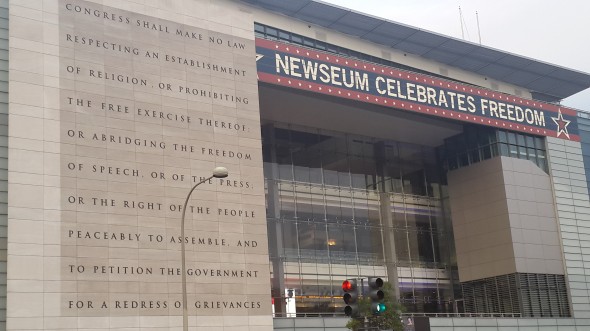 I, alongside other Humphrey fellows from ASU and University of Maryland, took a tour of the Newseum on November 6, 2014, and I was spellbound by the range of images, print products and exhibits.

It was tear-welling to watch the emotional audio-visual narrative by journalists who covered the September 11, 2001 attacks, particularly accounts of their psychological struggles to cope after sighting people plunge through the window from top floors of a blazing World Trade Center skyscraper and body parts littering the site.

The Newseum is state-of-the-art. In it, I saw chunks of the Berlin Wall, torn down in 1989, without I having to visit Germany to physically connect with an historical event that theoretically ended the cold war. I tested my hands on glass-sensitive interactive technology shaping future news gathering, processing and delivery. I also rummaged through documentaries and archived news articles over centuries. 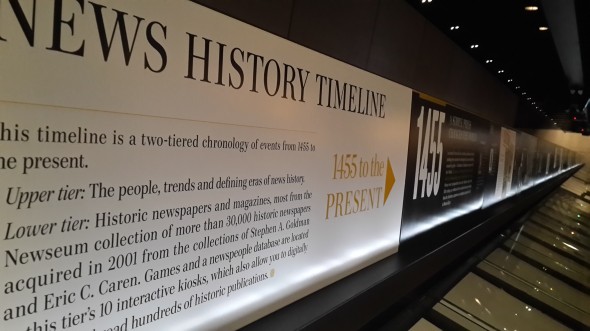 I unusually spent more than 3 hours in the Newseum, more than the combined hours I previously spent on tours of various museums in France, Poland, Scotland, Sweden, Britain and even here in the US.

The nation’s capital, DC, is my most favorite American city; clean, finely spaced out and well ordered.

I find the nation’s capital uniquely absorbing, more connected to the world and with greater opportunities. A bite of native cuisine dinner, another sumptuous banquet at Department of State’s hallowed Benjamin Franklin Room, an enriching Global Leadership Forum (GLF) and featuring on a Voice of America per-recorded show, tell why DC is my most favorite American city! 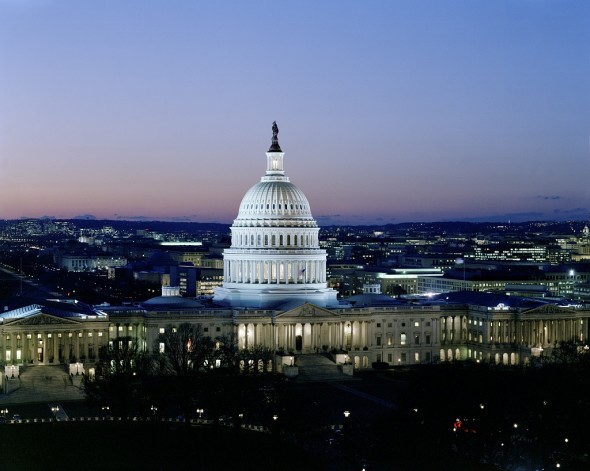 The early November trip was my third to DC, and like on previous visits, it uplifted my spirit. I couldn’t resist getting a photo shot at the White House Souvenir gift shop with a room replicating the President’s office. But one can only take photos from the spot after buying an item from the shop. 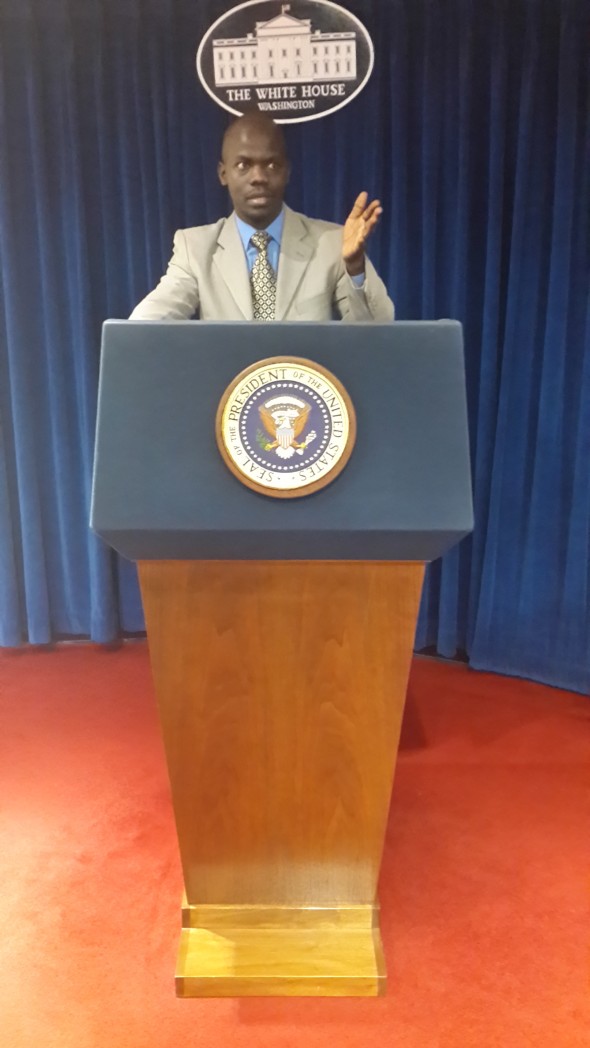 And when our flight back to Arizona was cancelled at the last minute, we drew on the well of resilience we drilled during the GLF to cope up, and so delightfully. 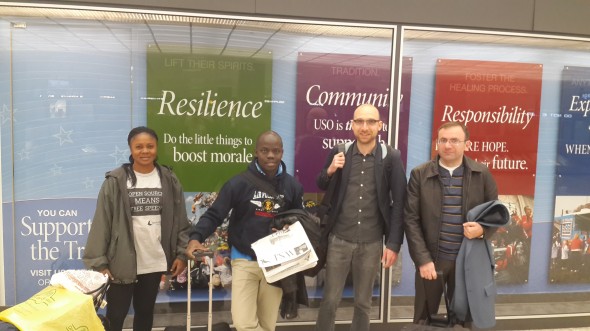