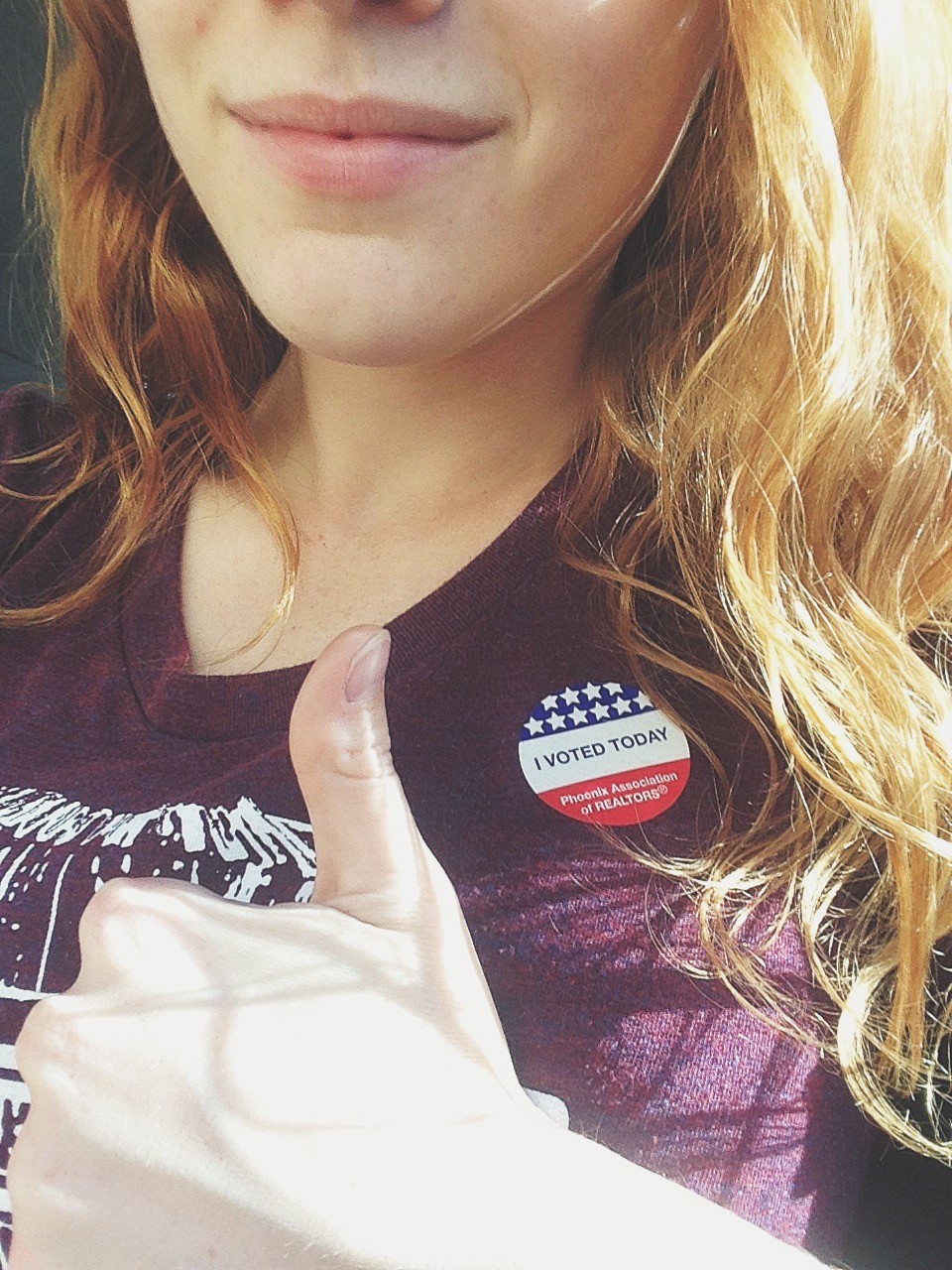 I actually jumped up and down when I received my absentee ballot in the mail. I was so excited! It’s not that voting is an extremely fun activity. It took hours of research and consideration the night before the election for me to fill out my ballot. Watching an episode of Twin Peaks or going out to eat at my favorite late-night local diner is fun. Voting is tough—but important.

I am a fierce advocate for getting young people to vote. I may disagree with my peers on issues, but come November 4th, I don’t care. I just want everyone to turn out. 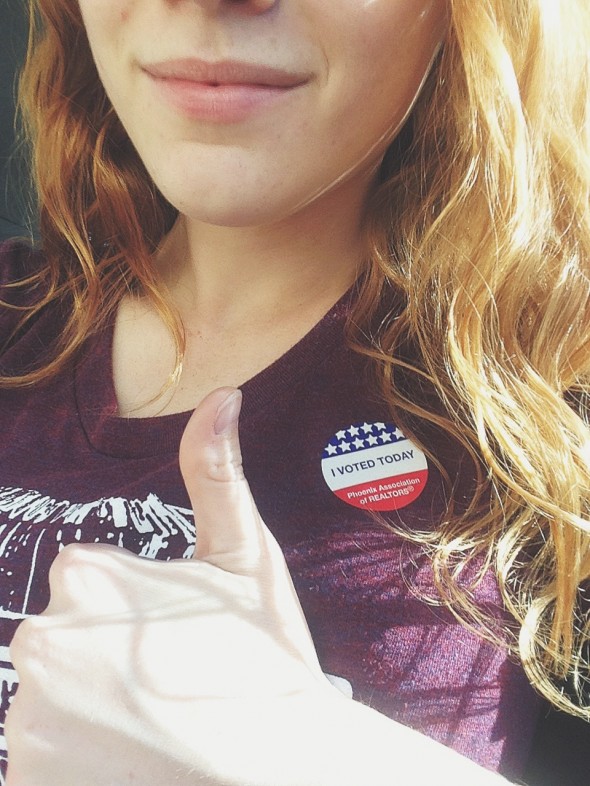 Hearing Fernanda Santos and Steve Doigt—highly respected journalists—remind the Murrow Fellows and the Barrett attaches to vote made me so happy. I’m glad that journalists could be so positive even as Santos explained how messy and confusing and “lesser of two evils” elections in Arizona can be.

When I got home from school and work that same Monday night, the positive atmosphere about voting I had experienced in the Humphrey Seminar became much more negative. I learned that two out of three of my roommates and many of my friends were not voting.

The reasons were diverse: I don’t feel informed enough. There are other ways I can make my voice heard that have the same effect. I’m not registered in the right district. Voting last time didn’t result in the change I wanted. No reason at all, really. One friend even wanted to start a movement to actually encourage young people and minorities to NOT vote.

I didn’t really know what to say. I was upset and disappointed, but as a nonconfrontational person, I didn’t speak up much. Unless you have a physical disability or ailment preventing you from doing so, or you genuinely don’t care, I really don’t think any excuses to not vote are justified. I think people who buy into the anti-voting ideology are just trying to avoid and justify their disappointment, cynicism or even laziness. As one of my very much pro-voting friends said a few days later, “Not voting isn’t resistance, it’s surrender.”

As someone who’s embedded in her local community, I want to improve it in everyway possible. As a journalist and community member, I can make unique differences. But there are changes I can make only as a voter. And those changes need group support. I’m resolving to help involve, recruit and educate voters in the future!

4 Comments on “Trials and Tribulations of a Voting Snob”