Manfred Kets de Vries, a world famous leadership and management psychologist gives only two choices to live in the world. 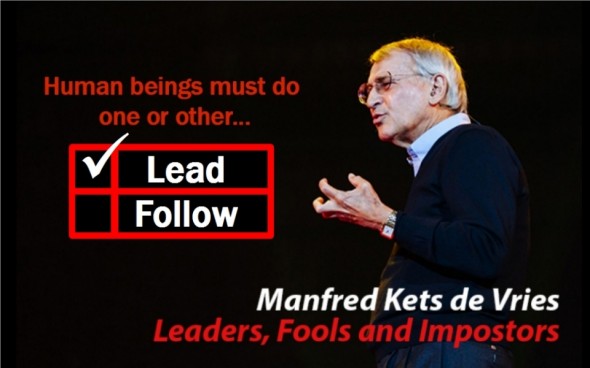 His book “Leaders, Fools and Impostors” discusses leadership as narcissism and hubris to approach the main theme of the research. Actually the author talks about healthy narcissism in leadership. Healthy narcissism is truthfulness of the self and it balances the self and the superego. Healthy narcissism is a realistic self-interest and an ability to understand the relations of subjects and objects. As a great characteristic of healthy narcissi leader the author mentions the feeling of greatness – as real esteem. Kets de Vries Mentions psychological influence at the leader’s ability to explore the power. I observed this book in the context of Chess King. In the beginning of the chess game the king never looks behind his shoulder, because there is no one there. All the followers are in front of him. He does only small and short steps unlike his followers who can run and ride. He never takes the positions or responsibilities of the others. The game has it rules. 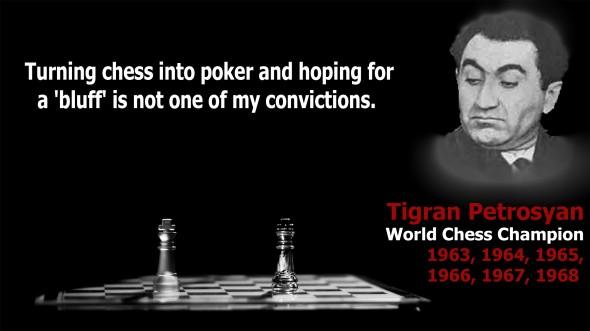 Who is next to the king? The queen with a unique liberty on all over the board. She is also a leader. If king dies, she will die, too. If she dies, king needs enormous efforts to make a new queen out the pawns. It takes time. Anyhow, the king needs changes from time to time. But he never waits for change. The king creates change.

The only person waiting for a change is a baby with a wet diaper.

According o these psychological aspects Manfred Kets de Vries starts to explain the role of the reader in the society and in the internal ego of the person who wants to be a leader.

“Leaders often lose touch with reality starting to live in a hall of mirrors. When you reach a senior position people have the tendency to tell you what you want to hear. I always say, the moment you are a senior executive you are surrounded by liars. “Manfred Kets de Vries

Chess king is a servant leader: who has foresight, awareness and listening.