In the world of mathematics an “x-factor” is an unknown quantity that only becomes known after following a prescribed process. This concept of an unknown but vital quality also extends into other worlds, such as business and entertainment. Interviewers and judges often speak of an “X factor” when they consider a number of candidates for a single open position. In this sense, the term is used to stand for a certain indefinable quality that may differ one person over another in the eyes of his or her critics or examiners, colleagues or partners.

I think that people who have that indefinable something what makes them admirable, attractive, good to follow, easy to communicate and fun to be with are good leaders as well. They have that something and let us call that x-factor, what makes them one of a kind.

I truly believe that leadership skills like good listening, wisdom, being a source of power and energy to teams and other people and good ability to follow first than lead are very valuable. And the personality!!!

Steve Jobs has so profoundly affected both our day-to-day lives and the trajectory of our technological progress that he can be categorized as a “force  of nature.”

I read about “forces of nature” leaders. They seem to channel their energy and inspiration from some other source. They are unstoppable, indefatigable and transcendent. They catalyze new ideas, or bring to life older ideas in revolutionary ways – and they thereby inspire generations.

And that certainly is what Steve Jobs was – an inspiration of generations; someone who had an “X Factor of leadership” that allowed him to alter the course of our world. 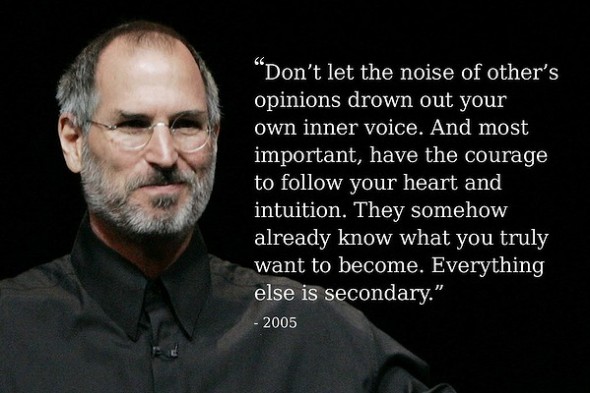 In the corporate world, that missing ingredient is often referred to as executive presence. Most people recognize it when they see it, but quantifying it is almost impossible. People with executive presence are perceived as confident, influential and calmly yet firmly in charge. They can command attention in a room without saying a word, and they know how to accurately “read” the world around them (from political cues to their colleagues’ emotions). They actively search for the inevitable blind spots and perception gaps that could potentially damage their professional reputations—and they correct them. Essentially, these people possess the business “X factor.”

In the business world, the X factor could be a significant amount of personal charisma or an air of ambition. These qualities would be difficult to quantify, but employers and human resource specialists can usually separate candidates who have it from those who do not. The position may require a high level of diplomacy or discretion or personal charm, qualities which are generally considered key factors during the interview process.

One notable individual and young actress who is charismatic for me is lovely Kirsten Dunst. Inspite of her young age she has played many remarkable movie roles.

Charisma is a personality trait that is actually quite difficult to define, because no one is exactly sure what it really entails. Someone who is described as “charismatic” is generally viewed as having a very charming, persuasive personality, and often it’s viewed as an almost supernatural trait, with such individuals being remarkably skilled communicators who can often be quite convincing. One notable individual who was often described as charismatic was former US President John F. Kennedy.

Take a look around you and find people with x-factor and charisma, I think these are ones with whom you and I would love to work with and be with!

View all posts by Krista Kull →