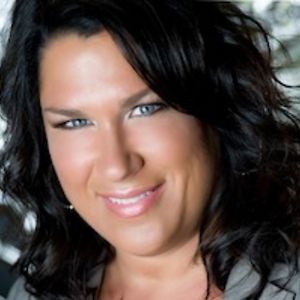 Her 168-page book titled, Reality-Based Leadership, scorns theorists and aggressively nudges leaders and employees to stop blaming their own mediocrity or incompetence on circumstantial inhibitions. That is arguing with reality, she says, demanding instead such drama is ditched for success within the hamstrings. 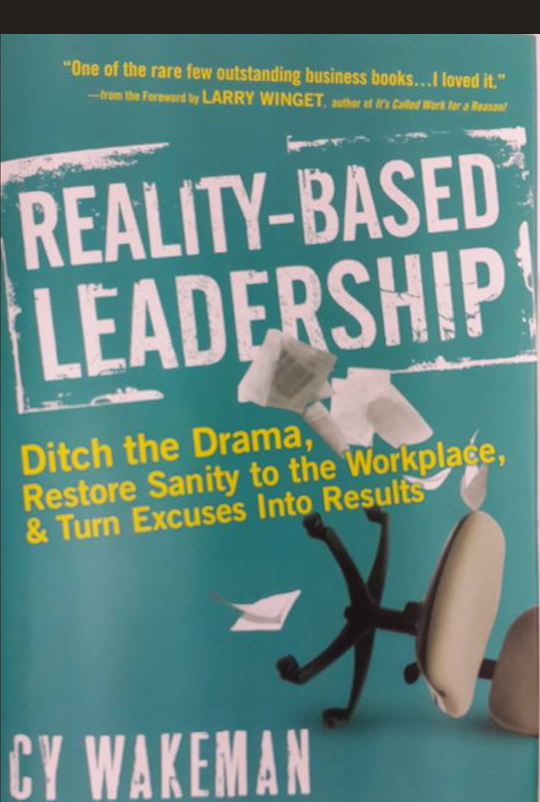 “The future belongs to the leader who is able to change the way people think and perceive their circumstances,” she writes on page 3. To her, most work performance troubles stem from employees balking at change instead of adapting to and seizing it as an opportunity. This requires dynamic character, steely resolve, an end to drama at the work place and mental liberation.

Wakeman writes with clarity of an effective communicator and tailors every sentence to address the reader in first person. It is impossible not to think she had you on her mind when writing the book, whether she’s shelling out the often-confusing notions of ego and confidence or refining the dichotomy of judging vis-à-vis helping others.

“If I see someone as a jerk, I only collect evidence that proves my point. The story feels safer than stepping up and providing real leadership: having to clarify, to reach out, to communicate, to empathize and respond.”

Now doesn’t this quote read like a verdict on your personal and professional prejudices?

The bad news is that Wakeman’s interest is not to please; in fact, she appears to derive pleasure turning everything upside down and nailing leaders on the cross. She bruises one’s ego with unrestrained abrasiveness and does so with the earned authority of a doer, having established four successful business start-ups before turning to consulting and coaching for big US corporate names and the National Guard.

Her experience in resolving monumental work disputes, including between a high-flying female senior vice president and her board and declining reimbursement rift pitting administration against physicians at a regional hospital, sprinkles the pages.

Some of Wakeman’s authoritative assertions however pointedly expose her to scrutiny, if not vulnerability to critics. For instance, she argues that the notion that everyone’s opinion counts; that great results can only come from perfect plans; that there is no such a thing as ‘stupid question’; and, that there is no I in a team, are “limiting beliefs”. Put another way, she argues that these are fallacies to be discarded!

Reality-Based Leadership is infected, some could say betrayed, by Wakeman’s unquestioning corporate culture immersion and fails to distinguish different leadership approaches to other society segments such as in family and other social liaisons. To her, leadership is synonymous with formal jobs or positions, a truly defective presumption which is invalidated by abundant evidence. 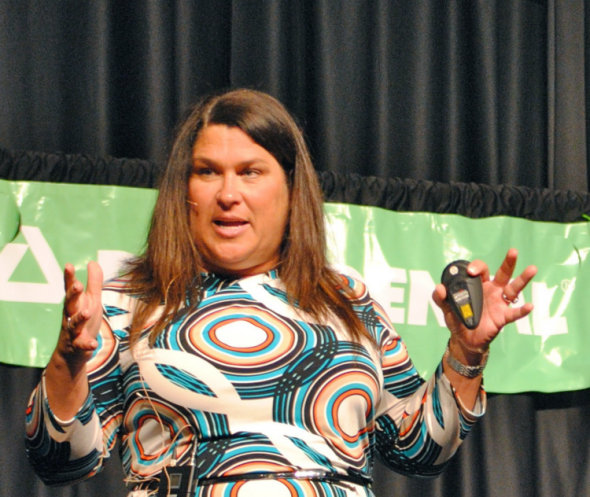 Talking sense as she knows it from doing

The author, however, makes a point that “bitching, moaning and whining”, which she imaginatively refers to by the luxury car name-like acronym BMW, is unhelpful whatever the situation.

A reader has reason to sulk at Wakeman’s choice of words and coarse argument, but not the valid realities she flags. She is pragmatic, even if unsettling, in calling for individual accountability and delegating to others only that one can do.

The book has received an overwhelming approval for its applicable solutions from US business executives, professionals, and careerists. There is nothing as invaluable as this book that costs only $27.95.

It is, therefore, unsurprising that Larry Winget who wrote the foreword, had prior never known or met Wakeman in person, which is unusual in itself, before agreeing and confidently imploring the reader to “pay attention to what Cy has to say. Learn some stuff. Change.”

Wakeman in the book provides her website with sign-up password only for readers of this particular book so that they gain an unlimited access to her other leadership coaching materials, including inspirational pod casts and keynote speeches. It’s a hook for readers and a mutually-rewarding way to build loyal fans.