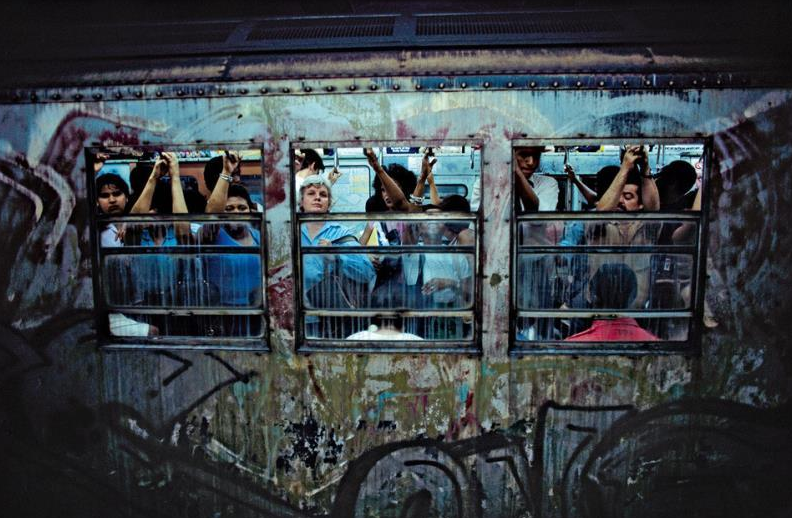 While seemingly incredibly different in subject matter and size, these three topics are all related by one key factor: they are tipping points. Journalist, author and pop sociologist Malcolm Gladwell explores all these and dozens of others in his first book outing, The Tipping Point.

Tipping Points mark the beginnings of full-fledged epidemics, and we’re ruled by these incredible changes made by small alterations. Crime rates fell from about 630,000 serious crimes in 1992, to just over 300,000 in 1997. One of the largest causes was a small decision: washing the subway cars of graffiti every night. Sesame Street believed that television for children could be educational and entertaining. Its creators brought in academics and crowds of children alike to perfect the stickiness of their episodes down to the second before they ever aired. Hush Puppies were selling less than 30,000 pairs a year in 1994. Then hipsters in Soho and the East Village started buying them up, and in 1996, the shoes were selling in the millions.

The Tipping Point is not a leadership book, per se. But Gladwell’s conversational tone and intriguing anecdotes and studies cast a wide net and attract many kinds of readers. Book club devotees, pop science fans, and leadership gurus alike can benefit from his perspectives on society.

There are still identifiable leaders within these theories of social epidemics. These tipping points are ruled by three laws: the Law of the Few, the

Stickiness Factor and the Power of Context. Within the Law of the Few reign three archetypes that create tipping points, and are the most obvious models for leadership. Connectors use their unusually wide network of acquaintances to create word-of-mouth trends. The new product or information they buzz about is found by Mavens, people who obsessively learn about topics and love sharing their knowledge. Finally, Salesmen persuade the late adopters to join the trend, boosting the epidemic’s scale.

The “small changes make a big impact” message of The Tipping Point is also a fertile ground for leadership lessons. George Kelling, the New York City transit consultant in the early to mid-90s, made the decision to start scrubbing graffiti and catching all fare-beaters, even if it was seemingly just a matter of $1.25. But the results to his small-scale decisions were monumental: a 75 percent drop in transit crime over the decade, and a safer city overall. Being a leader in a Tipping Point requires a unique brand of leadership. You must be devoted, methodical and capable of seeing the big picture while taking small steps.

Gladwell encourages his readers to see a world where Tipping Points are the law of the land, and more common than we think. As such, take a lead in a social epidemic is also more possible than one would think.