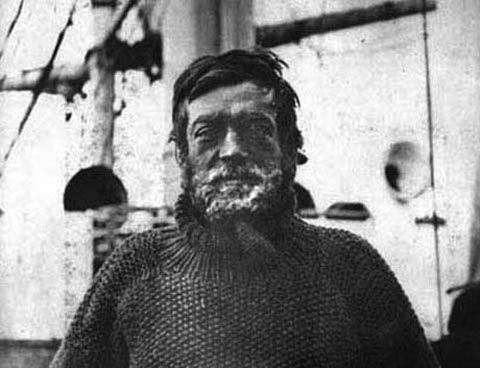 Hardly a complete picture, I have made an effort to distill some of the aspects of leadership that ring most true to me.

Character is a multifaceted trait that should be considered a number of ways.  First off, ones own character is one of the most essential ingredients a leader can possess. Webster defines character as:  “The mental and moral qualities distinctive to an individual.”  Strong character is something that is both difficult to define and easy to identify in those that have it.  Two men of character, say it better than I.

“Brotherhood means laying down your life for somebody, really willing to sacrifice yourself for somebody else.”

“I do not “follow my passion.” I bring it with me. I believe that any job can be done with passion and enthusiasm. In other words, our jobs don’t define us. We define what kind of worker we are in any given profession.”

Character in a leader may not be enough. A good leader must also seek strong character in their people. Ernest Shackleton’s purported ad was a calling for character.

Another effort on Shackleton’s part was his questions while interviewing the 5,000 applicants for his ad. He would often ask strange questions, such as: Can you sing? Which he asked to a potential ship surgeon. And if so, do it now! Not an effort to humiliate but more to see if he could let loose and chop it up with the regular guys especially when things got bad. I had a similar experience that I didn’t understand at the time. I was screening for a special unit while in the military and one of the selectors had me break-dance fight another candidate. I had thought he was simply trying to humiliate us, but on retrospect he was seeing if we could put our ego’s aside and be comfortable acting like idiots for a minute. While I lost the break-dance fight I was picked up for the team.

How anyone handles adversity speaks volumes of their character. Challenges, failures, and obstacles are guaranteed in life. You can bet your butt I want those that handle difficulties in stride over those that lose their composure and are unable to bounce back to meet a challenge. A good leader learns from their mistakes and problems and does their best to avoid repeating them.  It is normal to feel stress, frustration and fear in high-pressure situations but not appropriate as a leader to let these fears show to a point where they can impact the moral of the team.

“Keep your fears to yourself, but share your courage with others.”

Self discipline and will go hand in hand. My fifth grade teacher Leo Alveraz is most responsible for me learning this lesson. It has taken years to internalize this concept and I still would not consider myself a master of it.

“Without self-discipline there is no freedom.”

My sense of will has served me well in life. I was fortunate and willful enough to be selected for a number of specialized units in the military and US government and this is largely in part to my sense of will.

As the saying goes: “If you want to make god laugh, make a plan.” A leader must recognize when things are not working, and adjust course when necessary (early is often better than later).  As one of humanities best and brightest once put it:

“Insanity: Doing the same thing over and over again and expecting different results.”

Another of my lifelong mantras that I believe captures the essence of flexibility well is from a US Marine the former commander of CENTCOM General Mattis.

“Be polite, be professional but have a plan to kill everyone you meet.”

I believe the ability to take complex concepts and render them down to their most essential and easy to grasp ingredients must be one of the highest forms of communication, and something that every leader should spend their lives trying to do.

It is next to impossible to effectively lead or follow when communication is unclear and poor. A common pneumonic that I learned in the military and has proved useful many times for me is the KISS principle. KISS is an acronym for Keep It Simple Stupid.