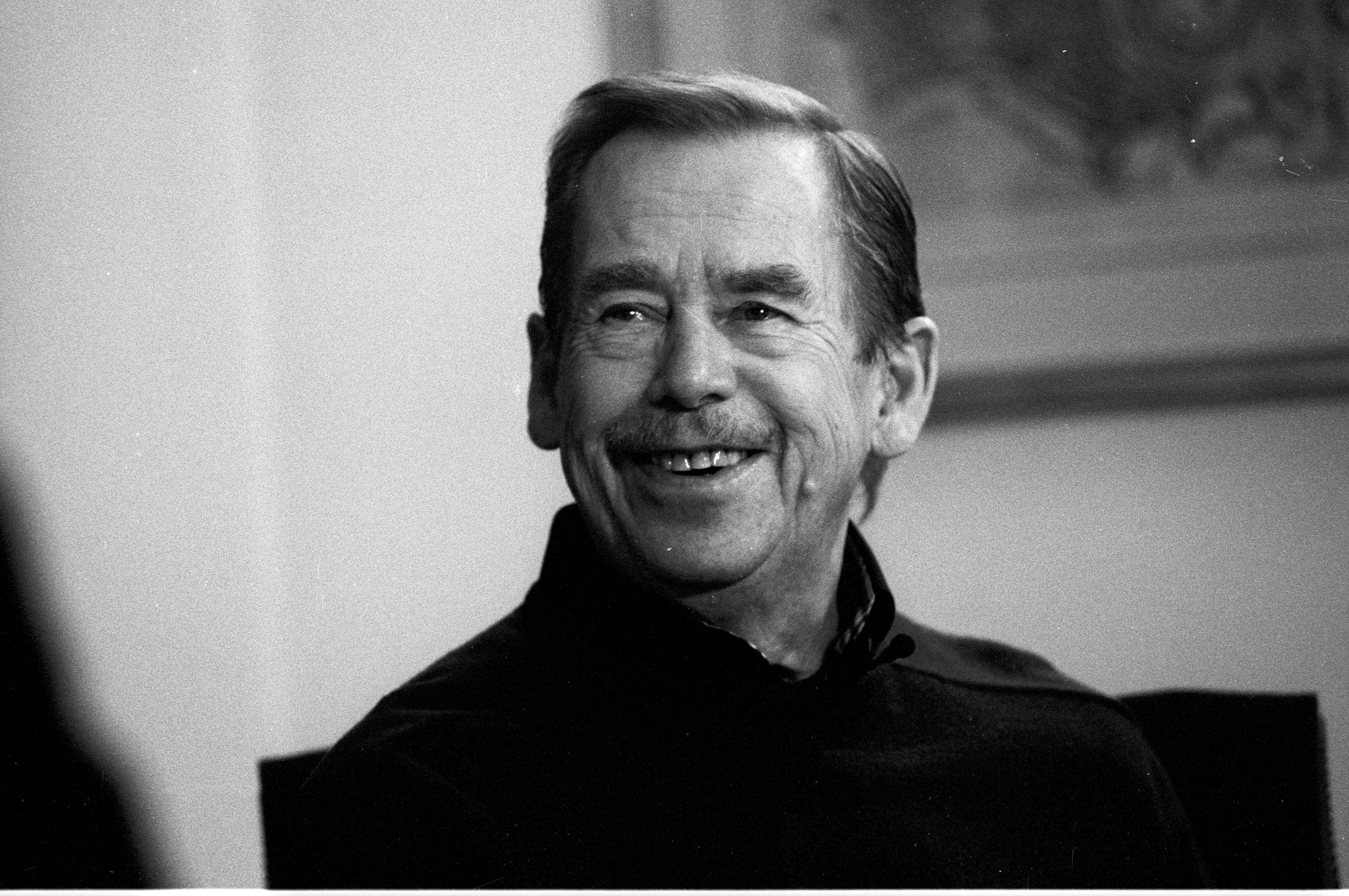 In 1978, when Václav Havel wrote “The Power of the Powerless,” the Communist regime in Czechoslovakia was closely monitoring the activity of this “infamous” writer. One of his scripts, “Audience” (1975), was circulating in samizdat, and the manifesto of Charter 77, an informal civic initiative, was considered illegal.

“The Power of the Powerless,” meant to be integrated in a Polish-Czechoslovak volume of essays about freedom and power, had an important impact on the demoralized opponents of the regimes in the region. It circulated in samizdat and fueled a growing feeling that the dissident activities mattered, that the apparatus was afraid. “This essay reached us (…) at a point when we felt we were at the end of the road. (…) Not seeing any immediate and tangible results, we began to doubt the purposefulness of what we were doing. Shouldn’t we be coming up with other methods, other ways? (…) Then came the essay by Havel. Reading it gave us the theoretical underpinnings for our activity. It maintained our spirits,” remembers Zbygniew Bujak, a Solidarity activist in Poland.

A few months after he wrote this essay, Havel was arrested. Eleven years later, he became the President of Czechoslovakia (and later to the Czech Republic, one of its successors).

Havel deals with the following questions:

In order to do that, first he explains the nature of the Communist regimes, which he describes as “post-totalitarian” systems. Such regimes survive through well-developed mechanisms of manipulation and guide themselves after an extremely flexible ideology, Havel argues. If individuals exercising their authority were crucial in “classic dictatorships,” the post-totalitarian regime has no problem to reproduce itself. Its ideology is dominant, as it has the power to dehumanize and anonymize.

“There are times when we must sink to the bottom of our misery to understand truth, just as we must descend to the bottom of a well to see the stars in broad daylight.” (Václav Havel, 1978)

To illustrate his ideas, Havel uses throughout his essay a highly common situation: the manager of a grocery store, who places in the window, among fruits and vegetables, a slogan: “Workers of the world, unite!”. What makes him do that? Most probably, his action does not reflect a deep loyalty to the regime, it is rather an automatic one. That doesn’t mean that there is no implicit significance: by doing that, the greengrocer states that he behaves in the manner expected from him and that he has the right to be left in peace. He becomes a piece in a much larger puzzle, in which ideology is crucial.

“The primary excusatory function of ideology, therefore, is to provide people, both as victims and pillars of the post-totalitarian system, with the illusion that the system is in harmony with the human order and the order of the universe,” explains Havel. Ideology creates a parallel reality, by substituting the requirements of life with the requirements of the system. In this new world, fed by rituals, the power of bureaucracy is called the power of the people, the repression of culture is called the development of culture, persecution becomes eliberation. With his poster, the greengrocer declares that he accepts this new reality. The regime survives as long as people inside it live within the lie.

“Living within the truth, as humanity’s revolt against an enforced position, is (…) an attempt to regain control over one’s own sense of responsibility.” (Václav Havel, 1978)

The greengrocer’s slogan can and will be ignored by most customers, but it became part of the panorama. Surrounded by thousands of posters, every member of the society knows where he lives, he is supposed to accept the power of ideology, otherwise he will be crushed. In this world, citizens are both instruments of the system and its victims. In each of us, Havel argues, there is a willingness to follow the crowd and embrace a destiny created for us, a “pseudolife”.

Havel changes the scenario: what if the greengrocer decides one day to stop putting slogans in the window? What if he decides not to vote for some fake elections? What if he expresses solidarity with a group of persecuted citizens? Rejecting the rules of the game, trying to live within the truth, would bring him trouble: his superior might harass him, they could reduce his salary, the education of his children might be threatened. The punishment would be automatic, just some other instruments of the regime following the rules. By rejecting the rules, the greengrocer creates a niche in the system, he shows that “the emperor is naked”.

A there is a willingness to follow, there is also a “human predisposition to truth”. An opposition to the regime must address this component: “(…) When a single person breaks the rules of the game, thus exposing it as a game—everything suddenly appears in another light and the whole crust seems then to be made of a tissue on the point of tearing and disintegrating uncontrollably.”

But how can an opposition in a post-totalitarian system be defined? Some apply the term to those who are in conflict with the regime. Or, in a larger perspective, opposition would be every attempt to live within the truth. Or a group of people who consider themselves a political force. Many reject the word, as it includes a negative connotation: for those who decided to live within the truth, it is disagreeable to be seen as just against something.

Another unpleasant word, at least for Havel, is “dissident”. “The term “dissident” frequently implies a special profession, as if, along with the more normal vocations, there were another special one— grumbling about the state of things,” he explains. But real dissidents do not want this “job,” they have to express themselves, forced by their conscience and by some external circumstances. They try to protect themselves from the assault of the system, it is as simple as that. “Most people who are too bound to the traditional political way of thinking see the weaknesses of the “dissident” movements in their purely defensive character. In contrast, I see that as their greatest strength,” writes Havel.

The dissidents create parallel social structures, which are using elementary organizational forms: samizdat editions of books, private meetings, concerts, seminars and so on. These parallel structures are not meant to isolate them, but to deepen their responsibility. Even when their actions are subjected to repression, some elements would be incorporated by the rest of the society. Assaulted by the changing ideas, the regime would tend to become more flexible in order to survive. Living within the truth will always be a threat to the system.