An outlier, as defined in the book Outliers by Malcolm Gladwell is “something that is situated away from or classed differently from a main or related body” or “a statistical observation that is markedly different in value from the others of the sample.”

In his book, Gladwell takes a look at people who have been exceptionally successful throughout their lives and what factors led to their accomplishments. 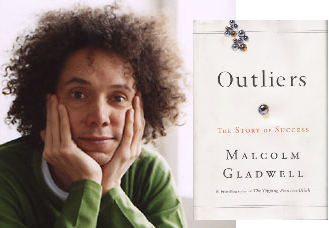 Gladwell says that when most people think about successful people, they wonder what they are like instead of asking about their background and where they are from. He argues that growing up with certain opportunities and being in the right place at the right time are some of the factors that lead to success. In fact, he says that successful people “are invariably the beneficiaries of hidden advantages and extraordinary opportunities and cultural legacies that allow them to learn and work hard and make sense of the world in ways others cannot” (Gladwell, p. 19).

One of Gladwell’s explanations that I found most interesting is what he calls “the 10,000-hour rule.” Researchers say that for someone to become an expert at something, they must practice for 10,000 hours. He takes a look at people such as Wolfgang Mozart, Bill Joy, Bill Gates, and The Beatles, and shows how they all had to put in at least 10,000 hours into their field before they truly became successful.

For example, the Beatles had already performed live about 1,200 times before they became successful in the United States in 1964. Bill Gates had the opportunity to spend hours learning programming when he was only in 8th grade, while most colleges didn’t even have computer clubs yet.

But 10,000 hours is a huge amount of time, and most people aren’t able to fulfill that time commitment in order to become an expert. Successful people are able to spend that much time because of the extraordinary opportunities they are presented with. Gladwell lists nine opportunities that all allowed Gates more time to practice programming. By the time Gates started Microsoft, he had years of programming experience. Gates is quoted as saying, “I had a better exposure to software development at a young age than I think anyone did in that period of time, and all because of an incredibly lucky series of events” (Gladwell, p. 55). 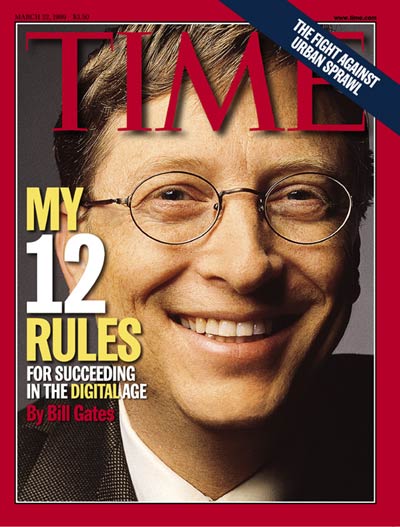 The book has many thought-provoking case studies, and I recommend that anyone who is interested in learning more about different ways to achieve success reads Outliers.