To make a change, people need to speak up. Sometimes, it’s not a simple request and aggression and violence enter the scene. With Selma and Ferguson, the latter happened. Lives were lost, people were hurt and chaos erupted. But both had some sort of positive outcome, more or less. 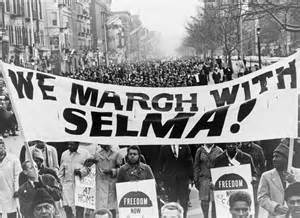 In 1965, Dr. Martin Luther King. Jr. led a group of black demonstrators campaigning for voting rights on a march from Selma, Alabama to Montgomery. The nonviolent march quickly became violent when a police trooper shot 26-year old Jimmie Lee Jackson while he was protecting his mother from the officer’s weapon.

Michael Brown is the “Jimmie” in the Ferguson incident. In the same way, he was an innocent person, who was killed because of his color and nothing else. He was a teenager, who looked suspicious to Officer Darren Wilson because he was wearing a hoodie. And because he was black. 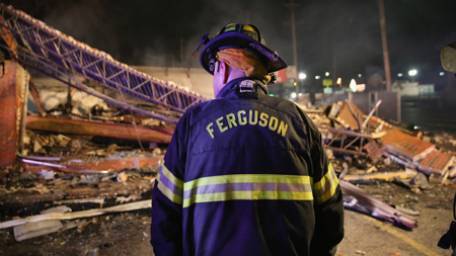 After both deaths, people protested. These men became symbols for the black community. They became something to fight for. In Selma, the black people marched for equal voting rights. In Ferguson, people protested to end racial stereotyping.

Some say the two incidents are the same and some say they’re not. I agree that they’re quite similar. After all, history repeats itself. People will fight for a cause, but if there’s someone to fight for like Jackson or Brown, people won’t back down until history changes.

Allentown police Chief Joel Fitzgerald is one who believes the incidents aren’t the same. I agree with him that Ferguson’s violent protests did not follow Dr. King’s teachings, but I do not agree with him that change happens when we don’t say anything. “Sometimes, a more powerful statement is what we don’t do,” he said. If people don’t protest, change or improvement never happens. 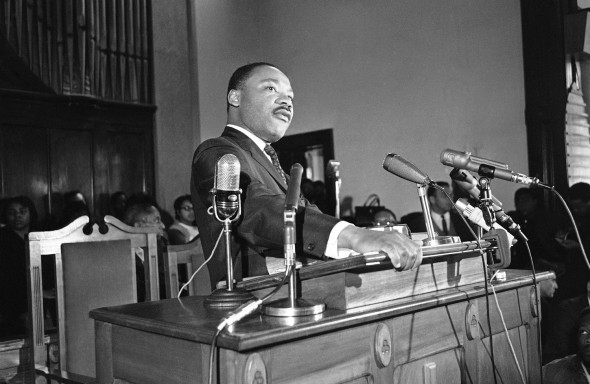 Photo Courtesy of The Nation

There is one key difference between these cases. After Selma, the marchers’ wish was granted: voting rights with the passing of Voting Rights Act of 1965. But in the Ferguson case, there wasn’t a clear answer to the problem. The officer who shot Brown was not found guilty. There’s no law that can be passed to prevent racial stereotyping from happening again. But what this tragedy did was shed light on how we can improve police training.

Some things can’t be fixed with a law like in the case of Selma. But tragedies like Ferguson can shed light on people who will stand up for someone’s rights. The important lesson in both cases is to just speak up. But violence isn’t the answer.

3 Comments on “Selma And Ferguson: Protesting for Change”