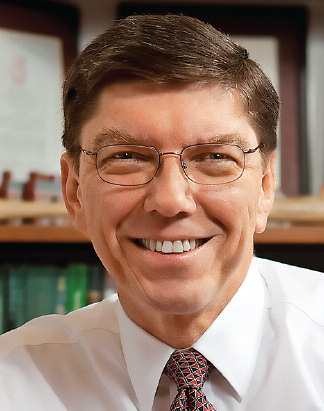 Disruptive Innovation is, according to the concept’s intellectual ‘godfather’ and Harvard Business School Prof. Clayton Christensen (above), an innovation that “transforms a product historically expensive and complicated that only a few people with a lot of money and skills had access to, [and] makes [it] so accessible and affordable that a much larger population has access to it.” Photo Credit: Claytonchristen.com

Have you ever encountered a new product that rapidly gobbles up market share, substituting a similar one previously only consumed by or serving the well-heeled?
Such an invention, of dramatic consequence and mass appeal that upstages existing legacy market leadership, is Disruptive Innovation.

According to an article on his website, this concept of Disruptive Innovation connotes “a product or service [that] takes root initially in simple applications at the bottom of a market and then relentlessly moves up market, eventually displacing established competitors”.

In this 7-minute video, Prof. Christensen, reputed for coining the concept of Disruptive Innovation, in this interview with Harvard Business School explains its intellectual foundation and corporate application.

Simply put, it’s an invention originally designed to cater for those excluded from an existing upscale or sophisticated service/product, but turns to have a wider appeal and use, and dominates the market.

My country, Uganda, experienced such a drastic change in its financial sector 6 years ago. Up until then, commercial banks, micro-finance and deposit-taking institutions were the only ones where people could deposit or withdraw cash.

In 2009, the country’s leading cellphone firm, Mobile Telephone Network or MTN, introduced Mobile Money. It’s an application on cellphones and enables a phone user to deposit or withdraw cash from Mobile Money agents. Transaction is confirmed through a phone short text message (SMS). There are more than 60, 000 Mobile Money agents spread throughout the country, according to Bank of Uganda statistics.
Now phone users can even pay utility bills and tuition using Mobile Money, without the hassle of moving to and physically queuing up in a banking hall.

Before 2009, majority Ugandans had been excluded from such financial transactions because of bureaucratic encumbrances and demanding paperwork. Commercial banks required, as they still do today, at least a letter of recommendation from Local Government official, an account-opening application form duly endorsed by at least two recommenders who must be clients of the bank, and two passport-size photographs to register a new account holder.

The forms are designed in English, and in effect require only persons with formal education to fill them. This is a complicated procedure and locked most Ugandans, particularly the uneducated ones, out. Besides, the banks are located in only towns, meaning depositing or withdrawing one’s money required enervating physical travel to a banking facility. This is because credit or debt cards are not in common use in the country.

Then appeared Mobile Money where agents required no more than one passport-size photograph on a simplified form to register a phone user as a client. Six years since its launch in Uganda, the money transaction scene has dramatically changed. Mobile Money agents are at every major road intersection, operating at roadside kiosks, village homes and shops omnipresent in the countryside. The network operator loads credit, locally called “float”, onto the account of a registered agent who then uses his phone handset SIM card to process clients’ cash deposits and withdrawals. 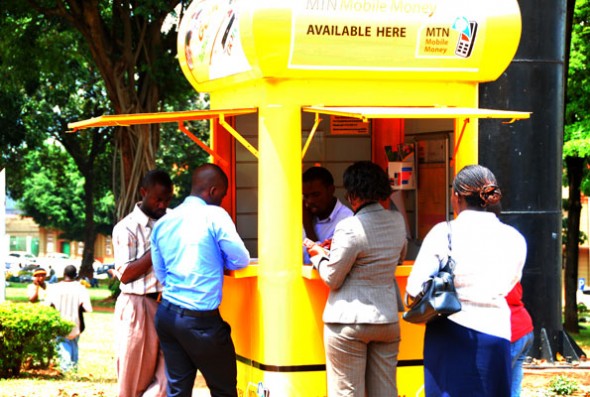 By June 2014, according to a Daily Monitor newspaper article based on official figures, the number of registered mobile money users was 17.6 million, a 46 per cent jump from the previous year. While the number of combined customers of the country’s commercial banks, micro-finance and deposit-taking institutions stood at only 5.5 million. This is less than one-third of the country’s Mobile Money users.

It’s now easier for urban dwellers to send money from anywhere, anytime for upkeep to their parents and relatives in villages by just tapping a phone button. The Mobile Money has introduced simplicity and convenience in cash transfers and eliminated the frustrating bureaucracy of banks.

I have severally used Mobile Money to wire and receive money, and it’s an otherwise seamless and comfortable transaction, except when there is a network glitch.

The success of the Mobile Money took the Ugandan government unawares, because it had no law to govern such transaction, prompting the central government in 2013 to issues specific Mobile Money guidelines.

Now banks are rattled by dwindling customer numbers. Some have taken the knee-jerk reaction to expand offices to remote, previously un-served areas, spiraling up their administrative and overhead costs.

However, some such as Crane Bank have ceded ground and chosen to partner with MTN and other five Mobile Money service providers in Uganda, to share clients. This arrangement enables Mobile Money users to withdraw money credited on their cellphones from a bank’s Automated Teller Machine (ATM).

This high impact Mobile Money revolution in Uganda is, to me, a firsthand example of Disruptive Innovation that Prof. Clayton theorized and popularized.