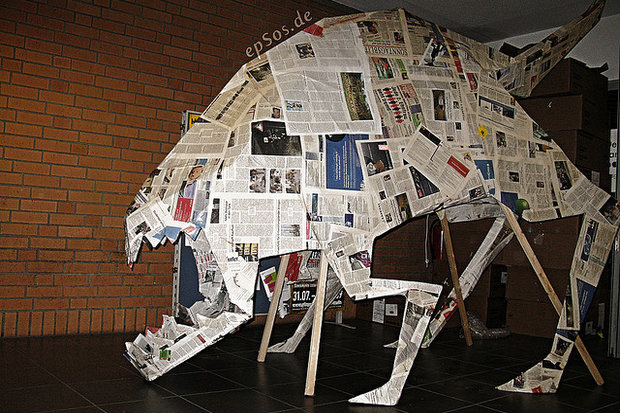 It is a truth universally acknowledged that the arrival of the Internet has disrupted the media business, and in turn journalism as a whole.

So first the business model went. Newspapers, which for years had made boatloads of profits from classified ads, found themselves losing advertising dollars to online ad platforms such as Craigslist and Auto Trader.

And, corollary to the diminishing of advertising revenues, was the rise of blogs, online news platforms and social networking sites which then siphoned audiences away from traditional media. So, as the media theorist Clay Shirky has pointed out, just as the business model was being scrambled, the authoritative place of traditional sources of news was being challenged. After all, anyone with a decent Internet connection, or even a simple smartphone, can now become a journalist and break news. For audiences, it is no longer about the source of news, it is about who can get it to them.

So what does all this mean for journalism?

One key thing that has happened in the media business, as a result of this disruption, is that the audience is now King. Because of so much choice for viewers and readers, media organisations are now forced to chase the audience as opposed to the other way round.

On the one hand, this has been great for readers and viewers – you can now get information about anything you want, any way you want it. But on the other hand, in their efforts to reach this fragmented audience, the news media is now forced to behave in a way that has, at times, been detrimental to the overall project of journalism.

Here is one high profile example. The venerable Rolling Stone magazine has just been forced to retract an explosive story on rape, published in November, after it turned out that one of its key sources had allegedly manufactured the whole incident. Now, as it has been catalogued by the Columbia Journalism Review, key editorial steps were disregarded as the story moved forward towards publication. Why? The New York Times provides this explanation, gleaned from the CJR report:

Rolling Stone’s fundamental mistake, [Managing Editor] Mr. Dana said, was in suspending any skepticism about Jackie’s account because of the sensitivity of the issue. “We didn’t think through all the implications of the decisions that we made while reporting the story, and we never sort of allowed for the fact that maybe the story we were being told was not true,” he said.

On top of these clear editorial failures, I would ask another question. That is, did the pressures of chasing readers contribute at all to such decisions? This was a powerful story that promised to generate significant interest. And one wonders if this recognition at all played into the editorial choices made at at the magazine.

Going forward, as journalists, we need to be mindful of this, that the chase for readers, viewers, traffic not blind us from our journalistic standards. The disruption in the industry has made it such that thinking about those things crucial towards many news organisations’ editorial strategies. But leaning too much towards such thinking could undermine the very nature of why we do journalism.