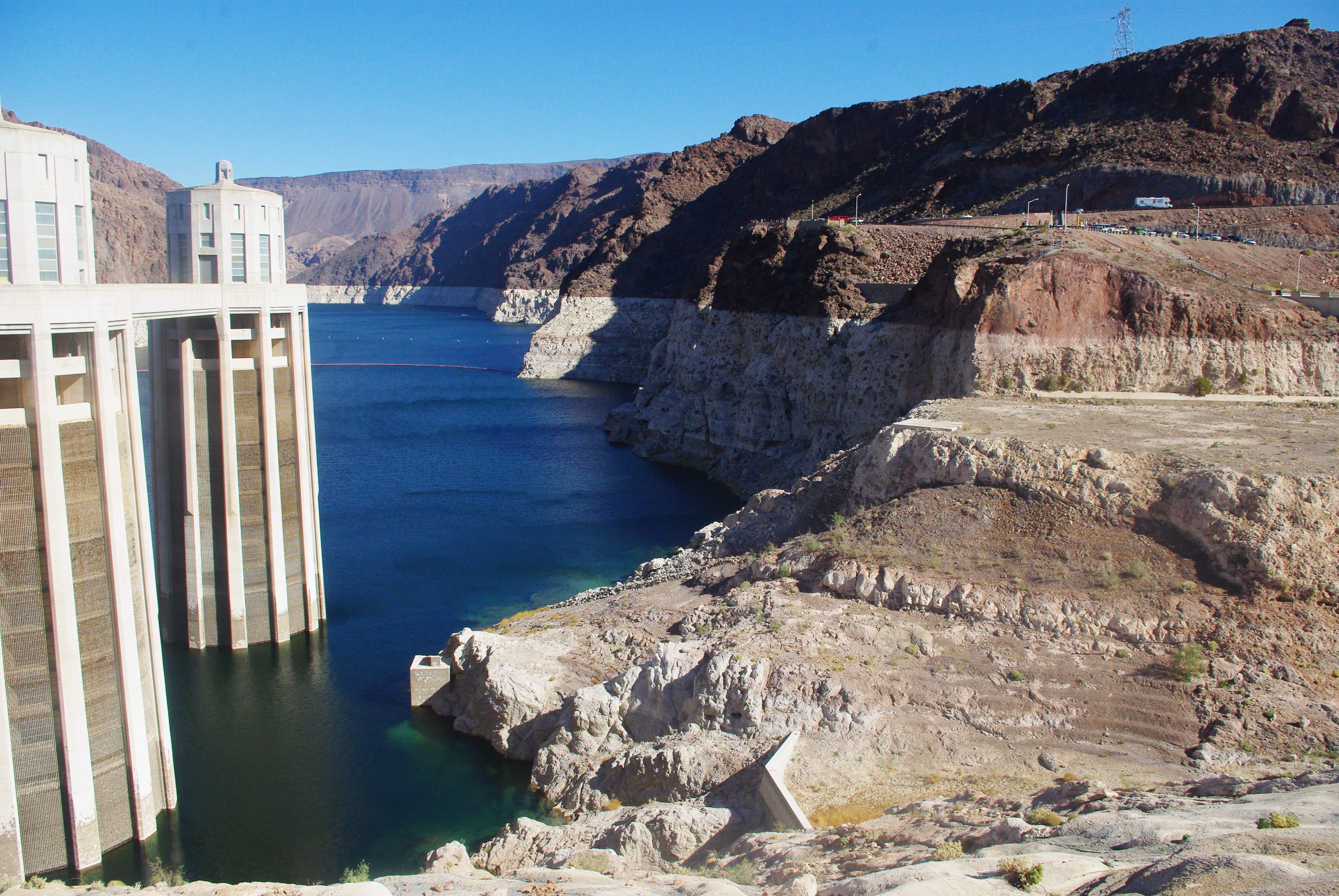 You can see it best from the Hoover Dam: the river banks of the Black Canyon are white where the waters used to wash them, pale as the finest tombstone. The Colorado River, this giant which feeds 40 million people, seems humiliated and exhausted. For thousands of years, it was generous with humans, it made agriculture possible in the heart of a desertic land. You don’t need to read alarming news to understand how dramatic the current drought is in this part of America: a photo from the Dam will tell you the story.

More alarming than that is people’s attitude, their power to resist the simplest arguments. As you go deeper into California, the final destination of the Colorado River, you can see lawns in front of most houses, hectares of golf courses and people refreshing the pavement from generous hoses. I asked an American friend what does she thinks would be the reason for such behaviors. How come people don’t see the danger ahead? She told me that people know that as long as they are paying for their water, they feel entitled to get it and used it as they wish. It’s true, optimism is part of America’s greatness, but only when it’s used in legitimate doses.

On April 1st, Gov. Jerry Brown released an executive order, which is attempting to reduce the use of water in urban area with 25 percent. The farmers are dealing with other restrictions, but they are still allowed to use groundwater pumps.

A recent article published by RevealNews.org showed a very possible scenario for the close future, starting from a comparison with what happened in Saudi Arabia between 1987 and 2000. The massive aquifer system that laid underneath Saudi Arabia for thousands of years was dried in just a decade, for what it seemed to be a forever flourishing agriculture. California is relying for 65 percent of its agriculture water on underground supplies. Next year, Saudi Arabia will have its last wheat harvest. California is still playing golf.

“California is now threatening restaurants with a $500 fine if they serve drinking water to customers – unless a customer requests the water. But the entire state – all 38 million people – drink only about one-tenth of 1 percent of the state’s annual water use. In comparison, farmers, who face no water restrictions, use about 7 percent of its annual water to grow almonds for export overseas. If there is a lesson emerging, it is this: Wells run dry. Mismanagement flows eternal.” (What California can learn from Saudi Arabia’s water mystery, RevealNews.org, April 22, 2015)