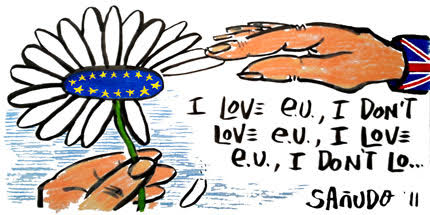 Three speeches on three different key points on Margaret Thatchers trademark “Iron lady’s” policies. They define our perspective on her decision making, leadership and life. These are crucial standing points of her as a woman, conservative and above all human..

She waged wars through politics and with real arms, she created Europe as a unique and open market, she created friends and enemies alike, but above all she created respect to her nation.. and she was the synonym of the “first woman” in every meaning.

Give me “my” Europe back

Hum, you think that euro skepticism is a bad word? From my standing point of view it is more a couscous approach. Well, from the standing point of 21 century- if we want to split hairs. Every politician wants to act as a prophet, and I can not resist that urge. My 1988 Bruges speech is relevant and alive today as it was almost three decades ago.

It is not by case that splitting hairs metaphor came to my mind: the record of nearly two thousand years of British involvement in Europe, cooperation with Europe and contribution to Europe, contribution which today is as valid and as strong as ever, when viewed by euro euphoric parties- is all about splitting. Hairs, policies and people. Yes, we have looked also to wider horizons—as have others—and thank goodness for that, because Europe never would have prospered and never will prosper as a narrow-minded, inward-looking club. And it is more then ever a special invitation members only club, when you consider the enlargement, almost blackmailing policies, and immigration issues, borders closing…

So why would a euro skeptic criticize flaws in EU policies? Pretty simple.

EU now, more than ever must reflect the traditions and aspirations of all its members. But in this November 2015-it is not. Britain does not dream of some cozy, isolated existence on the fringes of the European Community. Our destiny is in Europe, as part of the Community. But, not by all means.

Becouse in 2015, Community is not an end in itself. Because we can not afford a dictate of constant policy changes, or endless regulation.  The European Community is a practical means by which Europe can ensure the future prosperity and security of its people in a world in which there are many other powerful nations and groups of nations. But it is not practical nor powerful anymore.

We Europeans have wasted our energies on internal disputes or esoteric institutional debates. Our policies before dismantling of the Berlin wall, were a call to action. Today, Europe’s response to immigrant crisis is doing the opposite- build new walls and demonstrate that there is no effective action.

Europe will be stronger precisely because it has France as France, Spain as Spain, Britain as Britain, each with its own traditions and identity. It would be folly to try to fit them into some sort of identikit European personality. Some of the founding fathers of the Community thought that the United States of America might be its model. But the whole history of America is quite different from Europe. People went there to get away from the intolerance and constraints of life in Europe. They sought liberty and opportunity; and their strong sense of purpose has, over two centuries, helped to create a new unity and pride in being American, just as our pride lies in being British or Belgian or Dutch or German.

And I am using this comparison on purpose, because there are hundreds of thousands immigrating from another continent seeking, apart from a safe environment- refuge from other intolerance and constraints of life in Syria. And what does Europe do? Builds intolerance and uber mensh like policies. Builds walls, and is far away from the visions of founding fathers of EU. That proves that my vision from 1988 were true, and that the regulations should be in place not to undermine sovereignty  but to empower Community.

We are on a wrong path.

Cos now EU is looking more as a self indulgent spoiled brat, and not as a cradle of civilization, democracy and human rights movement. Cos EU failed in all those issues when people in need knocked on its doors. And what we need now is to take decisions on the next steps forward, rather than let ourselves be distracted by EUtopian goals. Utopia never comes, because we know we should not like it if it did. And EUtopia is a next step toward our doom. Let us have a Europe which plays its full part in the wider world, which looks outward not inward, and which preserves its values by reaching out, not putting hands in its pockets in this time of cold and damp international relations.

We should unite in difference- to empower others.

Not a Lame Duck (Adapted from a 1987 CBS News Interview with Margaret Thatcher)
Good morning!

I am not going to comment on the Iran Contra scandal, which is essentially an internal American problem. Yes, I know how much attention it is receiving, but what interests me is that America continues to take her leadership role in the Free World—and she is.

Many things are still going on at the same time while everyone focuses on this “scandal”. If America does not take that leadership role, she injures not only herself but she injures the interests of the Free World.

Now, there are many people who are saying that the President has been injured so severely that he cannot govern in the way that I would like. That’s absolutely not the case. You mentioned the phrase ‘lame duck’. I remember I came over soon after the President was elected for a second term and you were already talking about a ‘lame duck President’ and I took you to task and said: ‘Do not be absurd! There are nearly four years to go!

There is quite some time to go. The President has taken essential decisions recently. There is an excellent motion coming forward on the Iran-Iraq War in the United Nations Security Council; he has put forward vigorous proposals at GATT on trade; he is still continuing the essential arms control-arms reduction negotiations. Those are the big issues and let me say this:

You must not let your eyes be deflected from them, because it is that which affects the future.

We even have political scientist like James David Harvey of Duke University saying that the sale of arms to Iran raises a powerful question of the credibility of the President… that ‘No informed chief of state in the world can believe his public policy statements now!

Then I am astonished, absolutely astonished! I have dealt with the President for many many years and I have absolute trust in him.

I also don’t think there’s a danger of the United States making concessions with the Soviet Union that to breathe new life into the presidency. President Reagan is President and will continue to be President, and is taking a very active role in the Soviet arms talks. I have seen it. It is one of the things I have come over to talk about—on the next step. He is keeping his eyes on the future and we must. If they were not giving attention to detail, you would come along and say: ‘The President is not giving attention to detail!’ Now you are saying that he is and complaining it takes time! What are you trying to do?

America is the flagship of freedom and she must sail into the sunrise, not look back at what may or may not have happened!

Today I don’t feel like I owe an explanation to women why I wasn’t pursuing family values over the nations needs but I want to tell what determined my way of being.

Back then I didn’t consider myself in the Cabinet as a representative of women but the nation. I had my agenda where I wanted the country to lead to and it didn’t matter if there were more or less heels in the room besides mine. It was never relevant to search for new representations for women. At the end of the day all that mattered – are you the best person for the position? The talent and energy is our most precious asset.

I have to admit that I brought my feminine side into the Cabinet. I didn’t like strident women and I wasn’t one of the kind. I had my maneuvers to break the glass ceiling. In politics, if you want anything said, ask a man. If you want anything done, ask a woman. At home I would be a wife letting Him to be my iron and he would do everything to let me pave my road outside our home whichever direction i decided to. I was lucky but also my actions were a result of what I have thought.

If today we don’t see enough women privileged of power to create greater nations than it is also a failure or lack of ambition of women themselves. I didn’t see and don’t see an alternative way how could it be done differently. Let’s not make too much fuss of what gender, race or beliefs we have.

We shall not let anyone tell you that someone is stopping you… “You need courage!”

If there is a vision than it is what matters not who is delivering it.

A great nation is the voluntary creation of its people—a people composed of men and women whose pride in themselves is founded on the knowledge of what they can give to a community of which they in turn can be proud. Let’s do our duties and we shall not fail.