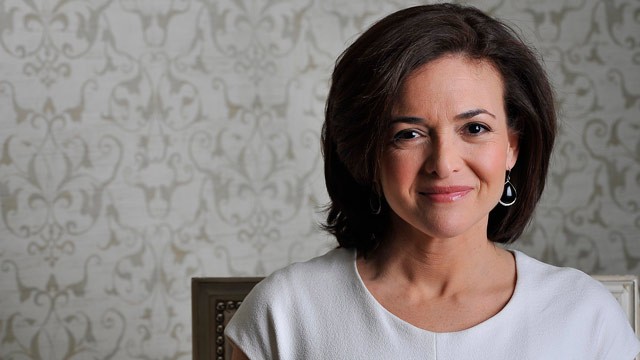 By Alexa Salari and Namgay Zam

Sheryl Sandberg is an American technology executive (COO, Facebook), a gender activist, and author of the highly successful book, Lean In. Some might say she is as synonymous with Facebook as Zuckerberg is. Forbes has listed her among the top ten most powerful women in the world. She is a self-made billionaire. Her net worth is estimated to be $1.7 billion due to her stockholdings in Facebook and other companies. For Sandberg, business is more than just quarterly and annual earnings, business is about people and their unique stories.

“Leadership is about making others better as a result of your presence and making sure that impact lasts in your absence.” –Sheryl Sandberg

Sandberg hit a personal low immediately after a professional high earlier this year. Facebook shares closed at the highest in April, but she lost her husband to a freak accident while vacationing in Mexico. Her ordeal was public, but she pulled through and got right back to work after a month of religious mourning for her husband.

Sheryl undoubtedly demonstrates integrity. It means doing the right thing regardless of circumstances, as was demonstrated through the manner in which she dealt with the personal tragedy in her life. Having integrity also means fulfilling promises that are made. Sandberg had to make a lot of meaningful and significant promises to one of her biggest employers: Facebook.  A company essentially hires an employee for what? Results! Sandberg and Mark Zuckerberg announced just this past August that ONE BILLION people use Facebook in a single day.

Sheryl keeps the faith. We don’t mean faith necessarily in a religious sense. But time and again, Sandberg focuses her time and effort in building the next generation of leaders. She has faith in our nation, in what it can accomplish. We all have forms of self-doubt, but believing in ourselves is the key to our success. As Sandberg says, “Pretend you have the self-confidence you don’t yet feel… by reaching for those opportunities, you will prove to yourself you can do it.” Sandberg is a global businesswoman who marks a small percentage of women leaders, today. If she didn’t believe in herself, why would others? Keep the faith, belief in yourself and those around us, this leaves room for true growth and improvement.

There are a multitude of global leaders in the world, but Sandberg’s leadership style is one that includes the critical empowerment of others, especially women. We’ve all likely heard the scenario where if a man is aggressive in the workplace, he is considered strong and assertive, but if a woman is aggressive in the workplace, she is considered too pushy and impolite. “I want every little girl who’s told she’s bossy, to be told instead she has leadership skills,” says Sandberg. Essentially, this is her lifelong hope. That women are not just respected in workplace, but VALUED.

Sandberg rose to global prominence after publishing her book Lean In: Women Work and the Will to Lead in 2013. Her book touched the lives of women the world over, and even led to the creation of the Lean In organization that encourages Lean In circles in every continent, promoting the book as well as Sandberg’s ideals. She has appeared twice on TedTalk, the first time as a speaker addressing women and leadership; and the second time as an interviewee in 2013:

one of the central messages of @LeanInOrg is that we have to get beyond gender stereotypes — http://t.co/5VdKAQ9r

First review of my book @LeanInOrg by @NickKristof — http://t.co/vetD5ive. #leaningin

Sandberg is among other global leaders who represent a female leadership that is not apologetic about their gender, but embraces it, and empowers others- both women and men.