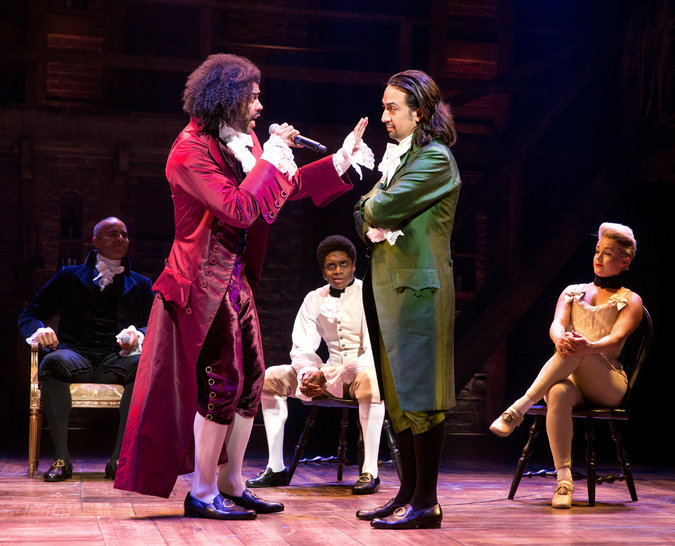 This is likely the only chance I’ll have to talk about Hamilton here, so I’m taking that chance. I’ve been listening to that musical a lot lately, so I’m definitely qualified to talk about politics.

In Hamilton, the Founding Fathers debate about a host of issues including whether or not to create a national bank system and fight alongside the French in their revolution. The way these debates are played out shows those in power using morality as a compass to determine what they think is best for the nation. Thomas Jefferson — absent for a majority of the first act while he was ambassador to France — wins the presidential nomination by the second act after gaining the support of Alexander Hamilton and others based on his moral principles.

To be fair, our infant country was significantly smaller than it is today and the public held comparatively few people in leadership positions (in addition to countless other differences between our country in the 18th century and now). But this focus on philosophy and morality strikes me as particularly different from modern politics, and the way American press has evolved has surely had a hand in how that shift has occurred.

Hamilton is fiction, but if we focus on this play through the lens of political campaigning (and if we take into account how historically accurate the play is) we see a stark contrast in the ways politicians promoted themselves to others back then from the way they do today.

Presidential candidates in the 18th century didn’t have to worry about people Periscoping their meetings or pundits taking bits of their speeches out of context. They spent more time writing lengthy explanations of their philosophies, knowing readers would read their words directly.

So much media coverage has changed the way candidates run their campaigns, and it has turned campaign trails into battles between political PR teams trying to control information and journalists trying to uncover new stories. Information has, however, become more accessible, and a larger, more diverse audience than ever is now participating in political discourse.

In a world where Bernie Sanders’ comment on Hillary Clinton’s emails sparked countless tweets, Hamilton acts as a gentle reminder that a politician’s morality can’t be gleaned from sound bites. At least to people like me who have spent hours listening it.