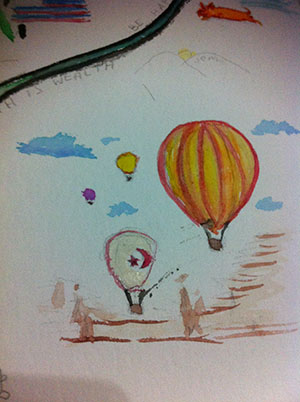 When was the last time you were moved by something you watched?

It was one unassuming night when I had nothing better to do except watch a documentary that I had heard my partner raving about; it was something called “The Act of Killing.”

Its main characters were members of an Indonesian death squad who were tasked to carry out mass murders of suspected communists in the 1960’s. The film’s director, an artist named Josh Oppenheimer, asked these characters to reenact the killings in grotesque fictional sets within the documentary.

The result was visceral and short of surreal, but undoubtedly effective.

Even master documentary filmmakers, Errol Morris and Werner Herzog were blown away by the film’s treatment and ended up producing it.

Another documentary which tops my list of all-time favorites, is one made in the Philippines by my favorite documentary host, Howie Severino.

This one is called Pepe’s Myth. It’s about legendary Filipino rock icon Pepe Smith who moved to Baguio, north of the capital to stay with his then-partner.  He was the founding member of the Juan dela Cruz band and made the Filipino rock classic, “Himig Natin.”

This documentary was fresh, light, and simply made me appreciate more about the life and essence of this aging rockstar.

(Even if this documentary doesn’t have subtitles, I’m providing it below so you know what I’m talking about.)

So what’s the point?

What I’m driving at here is that these are works that inspire me to do what I do.

I still cannot confidently say that I am a great documentarist; I am definitely far from that. But I do have an honest aspiration to create something that would make people think, and hopefully make people feel.

That is what I continue to strive for, and despite the fact that a good story is a good story, I would like to tell it through fresh eyes, with a fresh voice, and that is one of the main reasons why I am here.

This is inevitably connected to my other goal of ‘finding my fire’.

Authenticity in the workplace

It seems that 10 years of working in a commercial broadcast media network can take its toll on your creativity and sensibilities especially when your bogged down with the constant pressure to rate. At least, this is how I feel personally.

I must admit I have fallen into the “work routine” and just producing “something for TV” with shorter cuts, and sometimes oversimplified storytelling to cater to the mass audience (as per management’s bidding).

I am happy to have plucked myself out of that environment even for a short period of time to be able to reassess the quality of my work, and to find out what truly and honestly excites me.

Having these in mind, I’d like to share with you my last work that gained international attention. This is called “Black Manila” and it tells the story of Mayang, a child who picks up scraps of coal in backyard coal bakeries where she and her family live.

Again, even if this has no English subtitles (it seems to have disappeared on Youtube), I hope what you see can make you feel.

And if it doesn’t, well, that’s what I’m working on.

Written by: criseldacaringal on November 30, 2015.