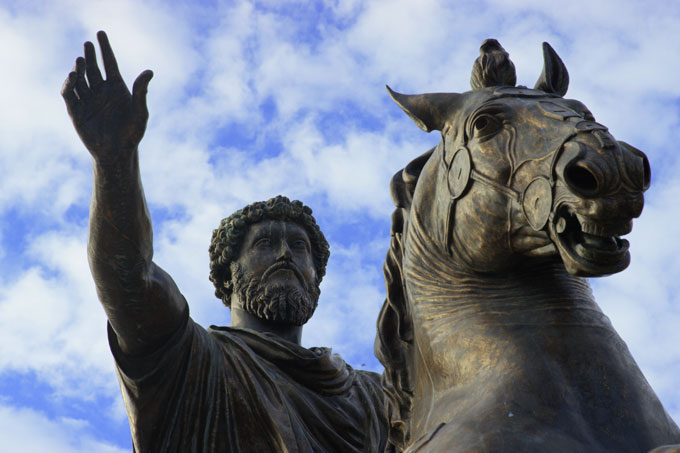 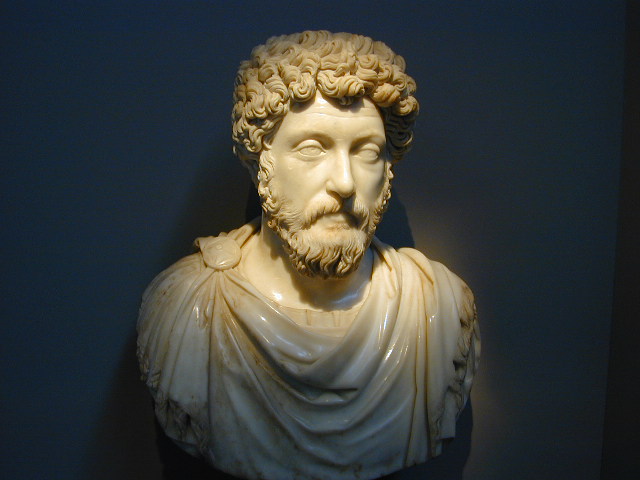 Take care that you are not made into a Caesar, that you are not dyed with this dye, for such things happen. Keep yourself then simple, good, pure, serious, free from affectation, a friend of justice, a worshiper of the gods, kind, affectionate, strenuous in all proper acts. Strive to continue to be such as philosophy wished to make you. Revere the gods, and help men. Life is short. There is only one fruit of this earthly life, a pious disposition and social acts. ~Marcus Aelius Aurelius Antonius, Book II, 30. 176 B.C.E.

But Marcus was a Caesar and possibly one of the best. Although the Empire was beset by natural disasters and war, the Roman decay of later centuries was still but a whispered Doomsday prediction. Even as the leader of the known world, Marcus valued the same inside-out leadership approach applied by modern leadership theorist Kevin Cashman but saw it through the unique lens of Stoicism, a worldview completely foreign to my American sensibilities when I first opened Meditations. (As to my knowledge, Stoic philosophy has all but disappeared from the West. Some stoic sentiments are mirrored in Eastern philosophies but it largely died along with paganism.)

There’s an incredible intimacy in these pages. Marcus originally titled the compilation To Himself and probably thought nobody else would ever see its pages. For the first several books I read Meditations as if the personal pronoun “you” was directed at me, the reader, like in many self-help and leadership books. I unlocked so much more meaning when I re-read Meditations from Marcus’ perspective, though. At first glance it’s fragmented and clunky. There’s no central plot, overarching narrative or even a real structure in Meditations, which can be excused considering Meditations is essentially a compilation of all the advice and proverbs that popped into Marcus’ head while campaigning in what is now Germany.

Marcus is brutally honest and addresses the struggles we imagine a Caesar would face: excesses of fame, pride, anger, hedonism. Some of the entries mean little today except to history buffs (Marcus mention many ancient mentors and figures whose teachings are lost to history), but others are timeless and tackle his journey to understand the meaning of life, how to deal with enemies and his pursuit of happiness.

In these 99 pages are Marcus’ manifesto for life. 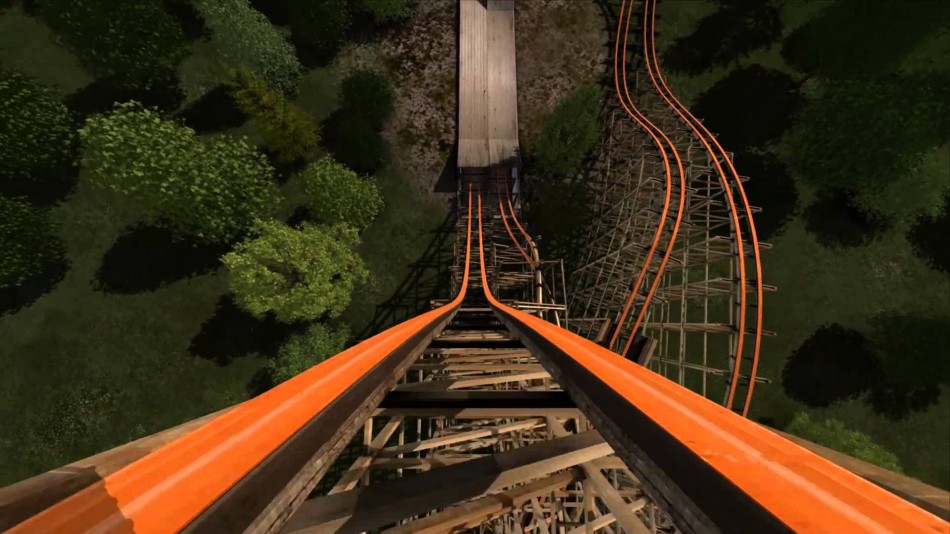 Most of my life stands as a stark contradiction to Marcus’ philosophy. The best noun to describe it is a roller-coaster; driven to ecstasy with life’s highs and crushed by life’s lows. My “happiness” has historically depended on what happened to me each day. If I got a flat tire and was stranded on the freeway for three hours waiting for a tow, I’d grumble against this “evil” and declare the day bad.  But then maybe I find $200 lying on the pavement and BAM the day’s great again and I’m telling everyone about my “good” fortune. Modern counseling and leadership theorists (like Cashman) agree this way of coping with life’s up-and-downs is unstable at best—I’d always be one misfortune away from disaster. The best way to avoid these emotional minefields, then, is to develop resiliency and embrace change. At the end of the day, even though I’ll still face defeats and victories in my life, I’m still in charge of me.

But what if we stopped labeling events in our lives as “good” or “bad”?

Marcus offers a solution in an entirely different universe of thought:

“What is evil to you does not subsist in the ruling principal of another; nor yet in any turning and mutation of your corporeal conversing. Where is it then? It is in that part of you in which subsists the power of forming opinions about evils. Let this power then not form such opinions, and all is well. And if that which is nearest to it, the poor body, is cut, burned, filled with matter and rottenness, nevertheless let the part that forms opinions about these things be quiet, that is, let it judge that nothing is either bad or good that can happen equally to the bad man and the good. For that which happens equally to him who lives contrary to nature and to him who lives according to nature, is neither according to nature nor contrary to nature” ~Book IV, 39.

Instead of some unknown malevolence or “bad luck”, the real culprit is our labels of “bad” and “good”. The entire dichotomy of “good ” and “bad” is founded on an expectation of reward/punishment (i.e. good things happen to good people, bad to bad). That’s why we ask: “Why do bad things happen to good people?”, sing “Only the Good Die Young” and lament when we’re diagnosed with cancer, lose our children or wreck our car. In reality, each one of these evens is equally likely to happen to both the world’s Mother Theresas and Adolf Hitlers. There’s lots of factors that can influence the likelihood of any of these tragedies happening to you, of course, but your inherent “goodness” or “badness” has little influence in the results. Without labels, what’s left is merely a sequence of changes in your life, changes we see reflected in nature via transpiration and “the Circle of Life”.

But we hate change.

Marcus reasons that because our souls exist not in the physical world, they can’t be hurt by anything in the physical world, like a mugger, cancer or even death. Without the label of “bad” and “good”, these events can be understood as part of our fate. Although we might not like the fact that we were born blind, became paralyzed in a diving accident or lost our job, they are part of our destiny. If we suffer “inconvenience” or physical harm because of another, we can try and teach the wronger the error of his ways or remain unmoved by the injustice. After all, it’s completely out of our control! But, if in the case of a job loss or divorce we find ourselves at fault, we’re in luck! The only thing we can shape and change in this life is ourselves. Stop looking outward to blame, says Marcus, look within and change. As spiritual beings, only we have the power to harm our souls, which we repeatedly do every time we cast a judgement on the “goodness” or “badness” of our fate. In the end, we are to blame for our unhappiness because we make ourselves victims when no crime occurred.

“Accepting change” is a huge theme in Marcus’ writings, and appears most clearly in his philosophy about death. No matter how you live your life, we’re ultimately all destined for the grave, reasoned Marcus–the great equalizer.

“Do not act as if you were going to live ten thousand years. Death hangs over you. While you live, while it is in your power, be good” ~Book IV, 17.

“He who has a vehement desire for posthumous fame does not consider that every one of those who remember him will himself also die very soon; then again also they who have succeeded them, until the whole remembrance shall have been extinguished as it is transmitted through men who foolishly admire and perish. But suppose that those who will remember are even immortal, and that the remembrance will be immortal, what then is this to you? And I say not what is it to the dead, but what is it to the living? What is praise except indeed so far as it has a certain utility? For you now reject unseasonably the gift of nature, clinging to something else…” ~Book IV, 22.

Out of every change, though, death is the scariest and the one we understand least. We mourn and tell relatives “sorry” when their loved one passes away, speculate obsessively about an afterlife and spend billions trying to stay alive in our final years. The prospect of obliteration… of nothing… is terrifying. Marcus argues that you can die with dignity–that death, the final change–is something to be embraced in its due time. He uses the metaphor of a ball in it’s parabolic arc. When the ball moves up, is it praiseworthy? Is it a better ball when it’s at it’s peak than at it’s beginning or end? Is it’s fall something to mourn? Likewise, our own lives follow this same pattern. 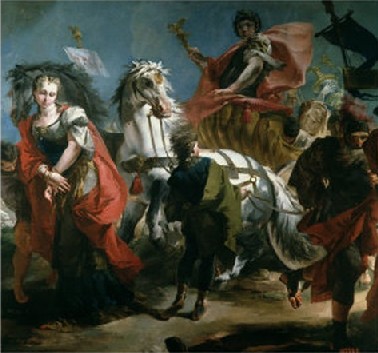 Marcus writes on and on. He literally establishes a lifestyle in Meditations. I’ve covered many of his main points but I highly recommend you check his philosophies out yourself. It’s 99 pages of pure gold. Even if you disagree, it’s a perspective that’s missing in our Western consumer culture.

What are your thoughts?