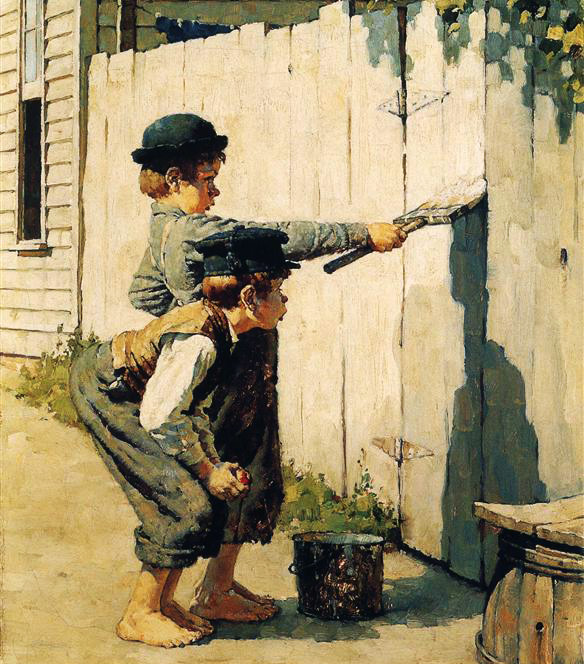 My leadership journey started when I was four years old and I told my parents that I wanted a baby sister. About a year later, my twin brothers were born. They worshipped me from day one, so at first, leading them was pretty easy. They would run to get things for me, do things so I wouldn’t have to, and just generally made my life easier. But as they got older and more independent I had to get a little more creative about getting them to obey me.

Eight year old Emma figured out pretty quickly that for whatever reason, if I made a convincing case that I was enjoying doing whatever chore I didn’t want to do, one of my brothers would leap into doing it. There was a lot of, “Oh you wouldn’t want to sweep the floor, it’s a big kid job.” And “I’m not going to let you put away the toys because it’s too much fun.” Little did I know that this injection of intrinsic motivation was pretty much genius on my part. It also has a name: “The Sawyer Effect.”

In the book Tom Sawyer, young Tom skips class one day and is punished by being forced to whitewash his Aunt Polly’s fence. As he is completing the task, boys his age are mulling around. When they ask Tom what he is doing, he tells them that he’s having a great time whitewashing the fence, and it’s the most he’s enjoyed anything in a long time. Eventually, Tom has the boys trading him items for the “privilege” of getting a turn to whitewash the fence. Behavioral economists call this tactic, “The Sawyer Effect.”

Scientists have known about the value of intrinsic motivation for quite some time. In the 1970s, Mark Lepper, David Greene and Richard Nisbett did an experiment on a bunch of preschoolers who liked to draw. They broke them into three groups. They told the first group of kids that if they continued to draw they would get a reward–a blue ribbon. They didn’t tell the second or third group anything about any rewards, but they gave the second group a reward for drawing anyway.

The group that got the unexpected reward and the group that got no reward kept their love of drawing. When observed a couple weeks later in free play, both groups were observed drawing. The first group, however, stayed far from the coloring utensils. The scientists, by rewarding their drawing, had made it seem more like work. They sucked all the fun out of drawing.

If this concept seems familiar, it’s because my group presented on a very similar point for our chapter on leading with energy. Cashman makes a similar point that without passion, we are not motivated to get anything done. As leaders, we must be sure to explain to our team that what we are doing matters. 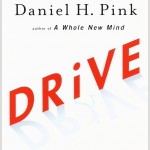 In his book, Drive, by Daniel Pink, Pink adds that there are basically three main intrinsic motivators. Autonomy: doing something because you are choosing to do it. Mastery: doing something because you want to prove that you have the ability to figure it out. And purpose: doing something because you believe in the bigger reason behind doing it. (Think blood drives.)
So I think most of these intuitively make sense to us. The only one that’s a little weird is mastery. Why would you do something just to do it?
In 1949, Harry Harlow did an experiment with some monkeys that did not involve teasing them with a fake cloth mother. He gave them little puzzles and just left them alone.
They expected that the monkeys may try to play with the puzzles, or try to to eat the puzzles. They figured that without any reward there was no way they would try to solve them. But they were wrong. Most of the monkeys had the puzzles solved in less than 60 seconds. The scientists were astounded but the point was made. Intrinsic motivation prompts us to do things just because we can.
Still not convinced? I don’t blame you. Our society stubbornly clings to a system of carrots and sticks. And that’s because in some contexts, carrots and sticks do work. But basically what scientists have found is that rewards narrow our focus. If we are working on a task with one clear solution and an easy path to get there then a reward will speed up the process. But if we are working on anything with any level of outside the box thinking needed–a reward will slow us down. Daniel Pink explains this concept really well in his Ted Talk.
Let’s take an example. Does anyone remember Microsoft Encarta? Basically Microsoft, a big and well-established company, decided they wanted to make an encyclopedia. They hired a huge team of accomplished writers to write the entries and a team of managers to make sure everything got done. And it did. Unfortunately, nobody really used it. Wikipedia, an encyclopedia made up of entirely voluntary contributions, is the most widely used encyclopedia in existence today and caused
Encarta to go under in 2009.
Even Google understands the value of intrinsic motivation and giving its employees autonomy. At Google, every Friday is given to workers to work on anything they choose. The company gives its employees complete control of 20% of their time. And from that 20% has come Gmail, Google News, AdSense, and much more.
So for me, this journey has meant that I, as a leader, need to pay much more attention to how I am inspiring my team to do things. In the past, I have always stepped into a leadership role in group projects and activities, but I’ve mostly just delegated responsibilities. In the future I will try to get to know every group member and give them a task that is meaningful to them and has purpose.
And I’ll try not to torture my brothers as much.
Reviewed by: Vitalien Adoukonou
Written by: emmatotten on November 30, 2015.

One Comment on ““Say, Tom, let me whitewash a little.””