Frankly, the person who is uninitiated into the details of the American political system, it is very difficult to understand what is happening on the battlefield for the seat in the White House. Therefore my blog – it’s just a view of a foreigner who is watching from the sidelines. 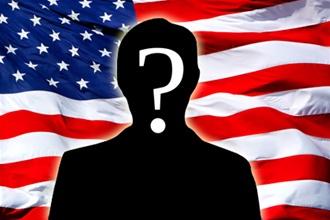 The first thing that is unusual for me this is a two-level scheme for choosing the president. It is interesting that the president is not chosen by direct counting of votes of the US citizens. The last word have the Electorates – persons who actually votes for president. It looks a bit tricky, however, knowing that in America any scheme previously well thought out and has passed the test of time, I’d like to believe that it allows Americans to be confident that their votes will be counted in the final vote and the president of the United States will be the one who really want to see the majority of Americans .

Although, in my opinion, no matter who will be elected the 58th US president, whether Republican candidate or the Democratic one, we are unlikely to see fundamental differences in the policy of the new president of its predecessors.

The US political system is designed so that the president should be primarily responsible politician who would be true to the values and principles laid down by the founding fathers of America, and will continue to implement the policy which was proclaimed in the 18th century by government of George Washington.

As for the race, it seems to me like well supplied performance with protagonists and supporting roles. It is funny to observe how twenty candidates who are ready to test himself as president, endlessly engaged in public debate and criticize the Obama’s administration. At the same time, it seems that the main role has long defined by political establishment of the ruling parties and generously funded by the richest people of America. So it is not surprising that independent applicants and candidates from third parties has never in the history of the United States achieve success in the presidential election.