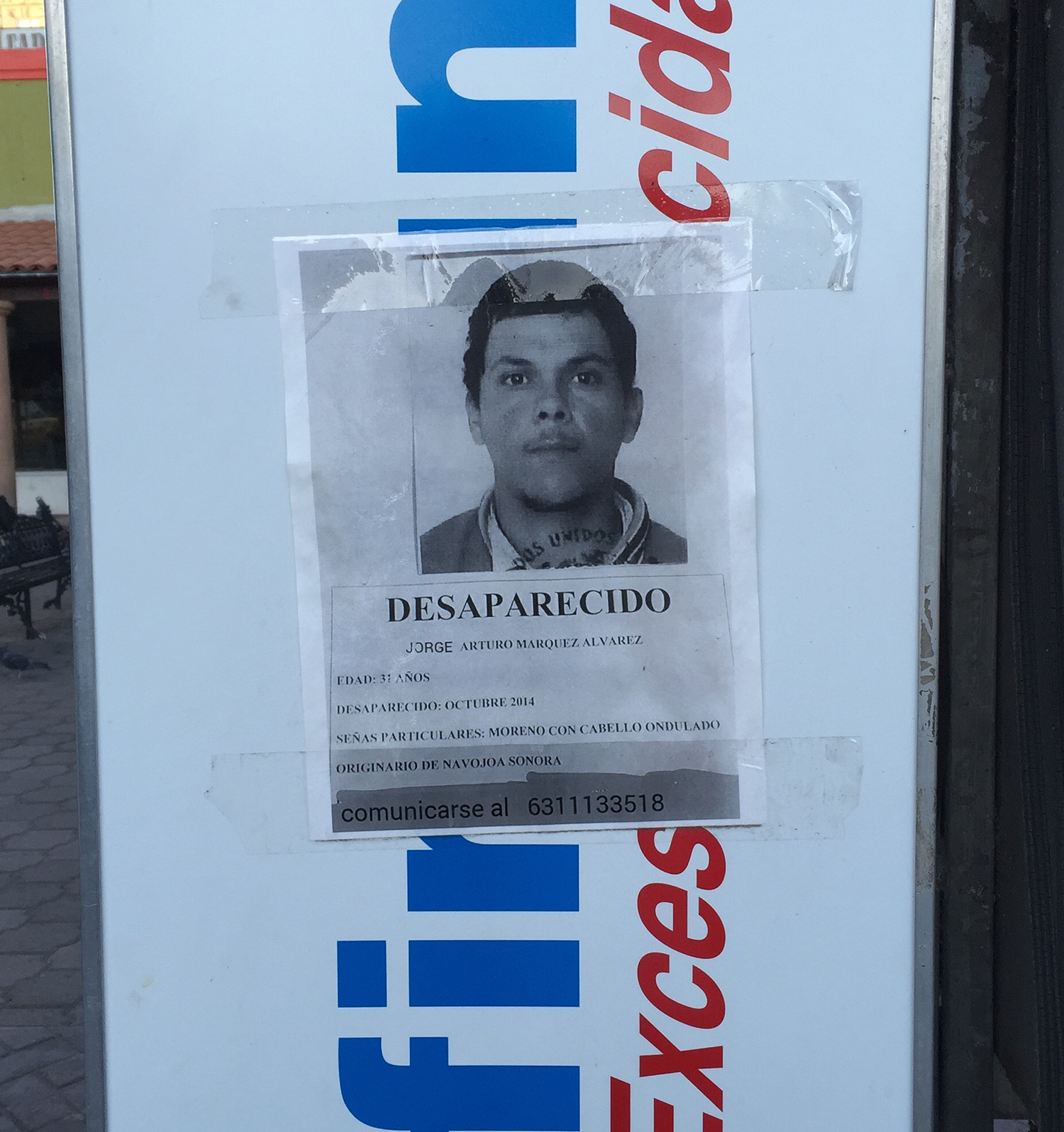 Veteran borderlands journalist and Southwest Borderlands Initiative Professor, Angela Kocherga, could not have said it any better: In Mexico, drug cartels strike fear either to amplify their agenda or to silence the media.

By amplification, it means to dump a dead body on the road in plain sight right before a big press conference, for example. While silencing the media is as literal and as imaginative as you can get, which is to either threaten or bring harm to the journalist.

This leads me to our visit to El Nuevo Dia Nogales. It is a moderately sized media office with a radio station, newspaper printing, and a small set for television news. As their administrative head and reporter accommodated us, the usual questions about how they run their media company came out.

What struck me the most is their answer to how they cover narcos or the drug cartel.
As I remember, they mentioned that they feel sorry for their colleagues who have lost their lives in the name of covering the drug trade, and that they have been spared from this because they only publish official reports from authorities. Which led me to think – how can a moderately sized media company focused on news reporting not deeply cover one of the most pressing issues in their country? They said that they do not have investigative reports on the cartels because they have to consider their safety and to also consider the owners of their media organization. Which led me to think, is this right? Would it be fair of me to judge this answer considering that I do not know the full scope of their social and political climate?

Just three days ago, the International Federation of Journalists came out with their report called: Journalists and Media Staff Killed 1990-2015. It gave a rundown of the most dangerous places for media, the Philippines being second and Mexico, third.

As a member of the Philippine media I have been inside this naiveté bubble that I am safe and I am free to cover any story I would like (given that it goes through the brainstorming and approval process in our company). This is what I have been used to in my last 10 years of working for television.

But outside my personal bubble is a violent history of media killings in my country, the worst being the Maguindanao Massacre. On the morning of November 23, 2009 the political convoy of Esmael Mangudadatu was on its way to file his certificate of candidacy in Maguindanao province. The convoy that included his wife, sisters, and media men was ambushed. At least 57 people were killed including 30 local journalists and two persons from the media.

Until this day, justice has not been served to the victims and the trial remains closed to the media.

We can speak and shout about press freedom, or judge in times when it is curtailed. But the truth of the matter is, when lives are at stake, is any story worth dying for? It seems that in today’s socio-political landscape our moral compass is what will drive our direction for reporting, wherever we are in the world. And sadly, it seems it’s each man for himself.

Written by: criseldacaringal on February 16, 2016.