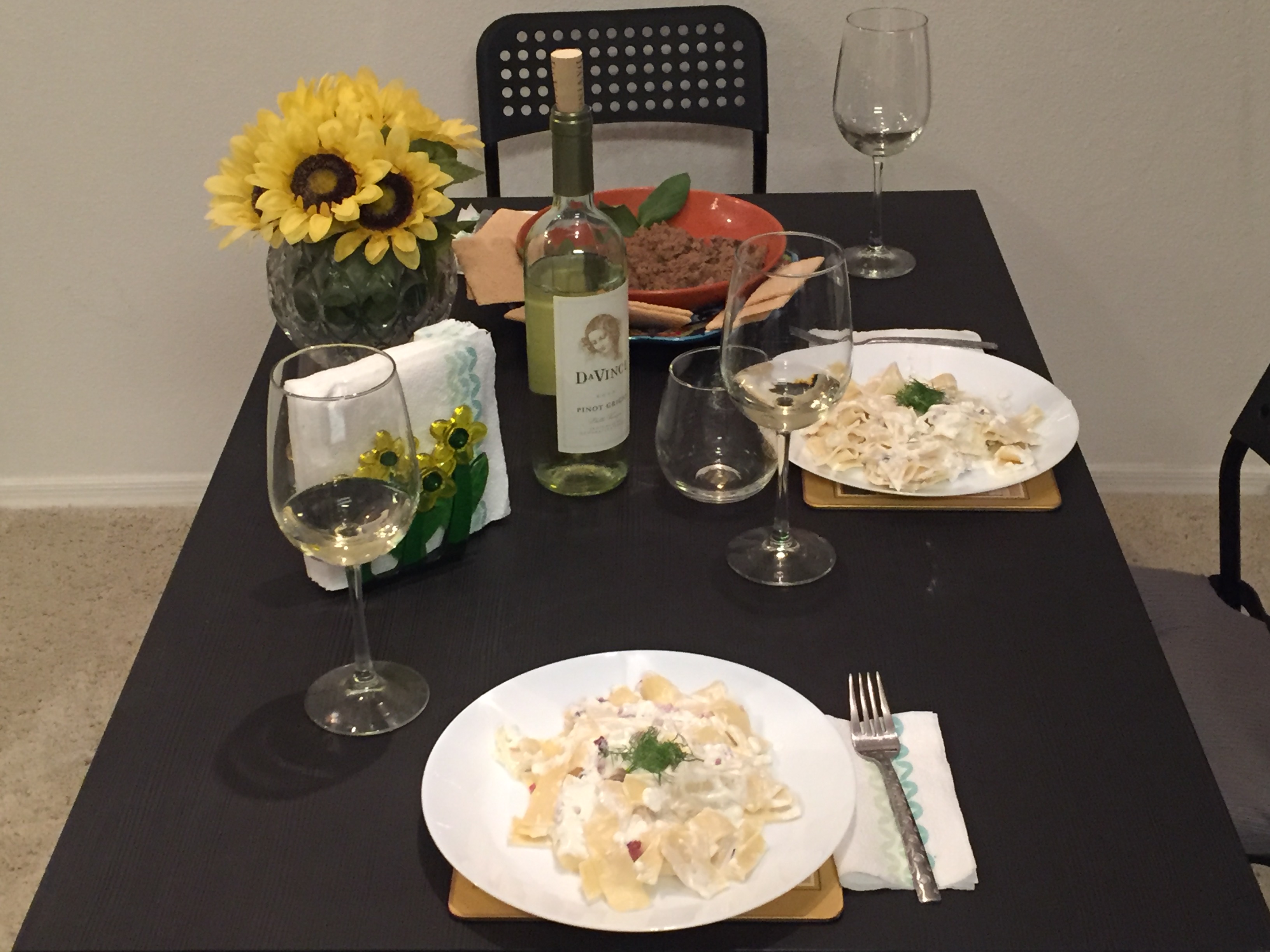 With only one country separating Hungary and Italy, coming together to create a dinner was both an easy and enjoyable experience.

To gather the ingredients was perhaps the biggest challenge, as finding dry cottage cheese for example (which we didn’t) is difficult in the southwest of the United States. However, we improvised and even discovered “European bacon” which one of our recipes required. For the record—it was not European bacon but rather a cut of ham.

The dinner began with a typical Tuscan “aperitivo” called crostini. It is a “peasant” dish that is customary for northern Italians, but is very difficult if not impossible to find south of Rome.

The recipe calls for one container of chicken livers, a yellow onion, anchovy paste, garlic, olive oil, a dash of chicken broth and white wine. The livers are rinsed and diced before being sautéed with the onions, garlic and olive oil. While these are stewed together in a pan, the livers release all of their liquid that mixes into gravy with the chicken stock, anchovy paste, and white wine. The dish is cooked until the livers are a light brownish grey in color, and is completed by adding one tablespoon of capers to the mix.

The meat is typically served cold on crackers or toast with light drinks before dinner. We tasted it hot and decided to follow the original recipe and put it into the refrigerator.

At this point, we moved on to the main course: “túrós csusza”—which is a traditional Hungarian dish. It can be served as a starter, a main dish or even a side, typically with catfish stew. The course consists of diced, squared bacon, egg noodles, sour cream, cottage cheese and a sprinkling of dill. The meal is found in many places in Hungary as it is a low-cost and easy to prepare food.

There are different versions túrós csusza, for example, it can be served sweet rather than savory with a layer of powdered sugar. There is also an advanced version where you put the dish into a preheated oven and have the noodles and cottage cheese bake into layers.

The layering effect reminded Téa of making lasagna, and the bacon reminded Szabolcs of making carbonara.

The advanced version was the method that we chose, topping it off with cold sour cream and a light dusting of herbs for the aesthetic and fresh flavor. The dinner was accompanied not only by good conversation, but small glasses of white wine and was wrapped with a piping hot mug of espresso.