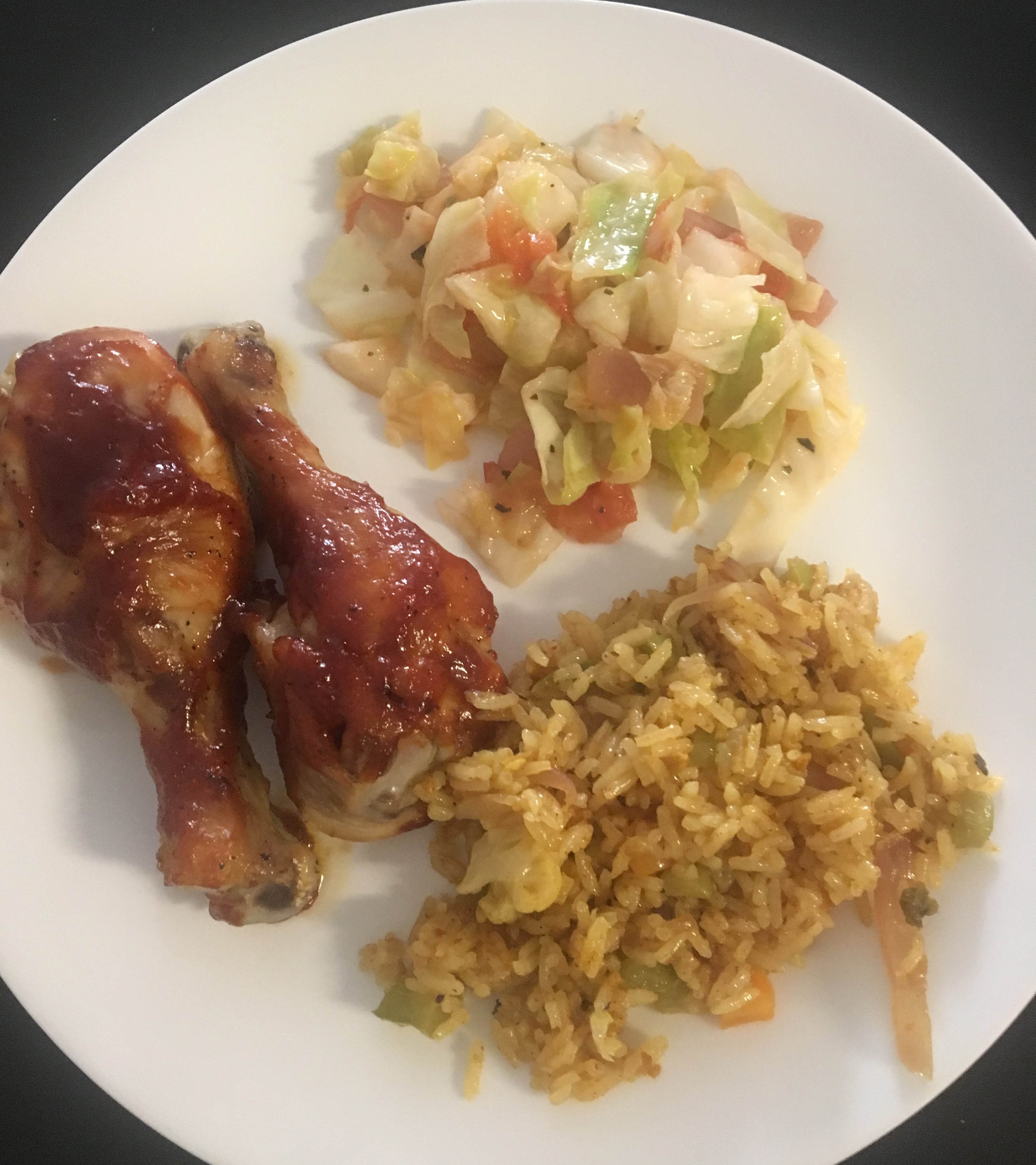 Have you ever tried to cook a meal with flavors from three different continents? Last week, the three of us — Paul Nyongesa, from Kenya; Kazi Mohua, from Bangladesh; and Tynin Fries from the US — were partners in an effort to cook across cultures.

Getting three people from very different cultures to buy ingredients, cook three different dishes and find time to eat together is by no means an easy task. One of the first things we needed to do was take a trip to the grocery store.

This little trip was an important part of the process, especially for Paul, because he shared with us that he has been having difficulty shopping in Phoenix. The foods are so different than anything Paul recognizes from home so by taking him to the grocery store Tynin was able to answer some important questions to hopefully help him adjust more quickly.

For Kazi, she was observing how American people’s food is focused on convenience, made for people to cope with the fast pace of American life.

As Paul reminded us, food can be a subject of cultural shock. In Kenya, the kitchen is not frequented by men. Instead, women reign supreme in this important space as men often spend time on outdoor chores. And so, Paul was nervous about cooking and representing his country’s cuisine. He asked some friends for help with a simple recipe and was able to follow it quite well.

Our goal was to create a meal that was a blend of our different cultures, spanning across three continents. Tynin wanted to feature an eat-with-your-hands dish while Kazi focused on a recipe that showcased spices from her country. Paul wanted to cook a classic dish that was also simple enough for him to prepare.

We decided the American portion of the meal would be the main dish and Tynin decided BBQ chicken would be a perfect quintessential American food. The two sides featured a vegetable biriyani from Bangladesh and a cooked cabbage mix from Kenya. Surprisingly they all worked well together even though the flavors were very different.

While the barbecue chicken was in the oven, we helped Paul cook his cabbage mix. The Kenyan dish required little preparation, plus it was convenient and healthy.

We were all so proud that Paul successfully prepared his first dish ever and he even mentioned cooking for his wife when he gets back home. Meanwhile, the vegetable biriyani was the toughest dish to cook. The strong smell of spices was interesting but worked well accompanying the other two dishes.

The finished meal turned out to be really good! We enjoyed eating it together and learning more about each other and our cultures. This meal became the bridge that helped us cross cultures from three continents. We were only together about three hours, but by shopping, cooking and eating together we got to know a lot about each other. Though a simple meal, we started a journey of friendship and mutual understanding among our respective nations.

View all posts by Tynin Fries →

2 Comments on “A Kitchen Without Borders”