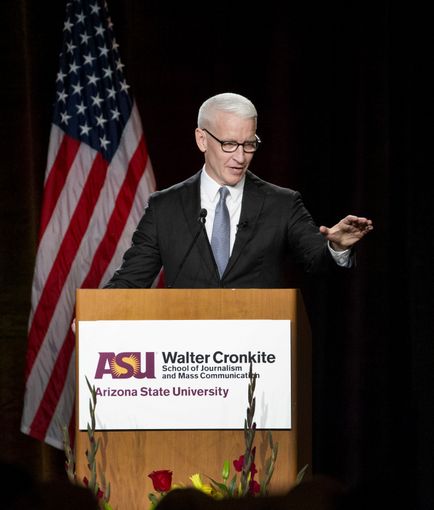 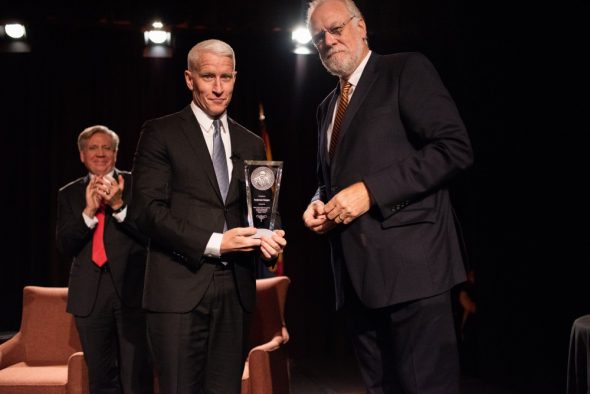 Anderson Cooper accepts the Walter Cronkite Award for Excellence in Journalism at the Sheraton Grand Hotel in Phoenix, Arizona on Wednesday, Oct. 17, 2018. 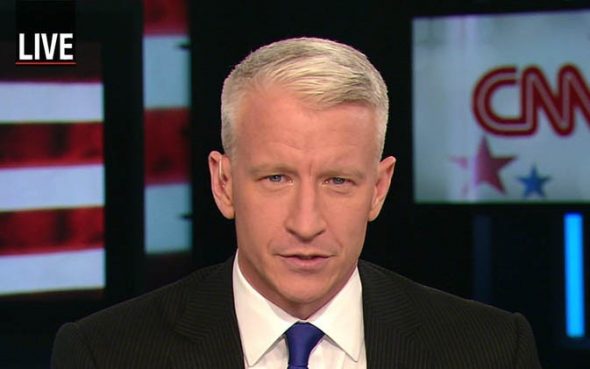 Photo by CNN | Flickr Screenshot of Anderson Cooper on CNN from November 16, 2007.

Anderson Cooper received the Walter Cronkite Award for Excellence in Journalism on Oct. 17, 2018. As a Humphrey fellow in the Walter Cronkite school of journalism and mass communication, I had the privilege of participating in the school’s annual luncheon and witnessing this important moment.

The first time I heard Anderson Cooper’s name was more than a decade ago. A professor introduced us to him and his TV program, during a class when I was an undergraduate in television journalism in China. At that time, I would have never imagined that I would meet him in the future.

Before I went to this luncheon, I really felt frustrated and exhausted. Not only because the night before, Balint, Adey and I worked on our GLF presentation material until 2AM. The news updated about the missing Saudi Arabian journalist Jamal Khashoggi who had been confirmed dead, that he was beheaded and dismembered affected me. I tried to search and collect his work on the internet. Every time I typed his name, I felt my heart beating very fast. When I read the details of his death, I felt suffocated.

Shortly after the event began, I was excited by a short video about Anderson Cooper’s work as a journalist. The video covered and showed Anderson Cooper’s 18 years reporting career including his reporting in dangerous areas and challenging task in live television broadcasting. His speech took me from the sad atmosphere to a different one. It’s difficult for me to describe this atmosphere and can’t simply call it energizing. It was as if a person who is choking, finding a small hole in a airtight chamber. Anderson Cooper’s speech brought me to think more about the press freedom which is our presentation topic in GLF.

CNN anchor Anderson Cooper speaks after receiving the annual Cronkite award for excellence in journalism during a luncheon at the Sheraton in Phoenix on October 17, 2018.

To against the attacks is to do more reporting

“The answer, in my mind, to the attacks on reporting is more reporting. And I’m not the first person to say this, but I believe it with all my heart. There is truth and there are lies. There are facts and there is fiction. And it’s our job to point that out, even if at times it seems no one is interested or no one is listening.” – Anderson Cooper

In recent years, there have been more and more attacks on journalists, not only physical, but also psychological. Some even go as far as discrediting their jobs. The situation is also the same in China. Even when you spend a lot of time on the investigation, there are still people who question your starting point. When you report some negative news, someone will attack you for bringing negative energy to this society and affect social harmony. When you try to illustrate the killer’s motive of killing, someone will query that you are clearing up the criminal without understanding your profound analysis and interpretation of the social problems behind this news.

In my second year as a journalist, I made a short documentary about the stampede and showed that 36 people died. I broke through a lot of restrictions and finally did the exclusive interview. This video spread quickly and widely, but soon there was a voice on the internet saying I was consuming victims. Even more than one person attacking me. In the beginning, I just felt totally angry. Why they couldn’t understand me and how much effort I have paid for it. But later I calmed down and realized that progress and understanding of society takes time. I kept asking myself what can I do? Leave my career? Of course not.

Just as Anderson Cooper said, the best weapon against the attack on us is to do more reporting. 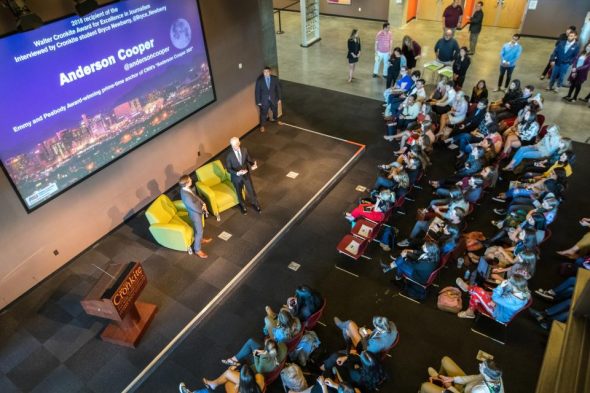 I love those sentences from Anderson Cooper, and it’s one of the most important summaries I have had over the years. It reminded me to think about another passage which is very crucial in my life.

‘No snowflake in an avalanche ever feels responsible’, Polish poet Stanislaw Jerzy Lec, from his 1968 “More Unkempt Thoughts”.

I once wrote this sentence on the front page of my notebook to remind myself.

What I feared most was not seeing death, poverty, but the coldness on people’s faces.

This is the age of the internet. We are used to speaking out online. But in real life, those who are willing to stand up for justice are not always the same people. Many people are just sitting on the sidelines until disaster strikes them. I think that’s completely wrong. In this society, no one is and absolutely independent individual. We are all connected.

“Each of us can make a difference. ” That is what I firmly believe. 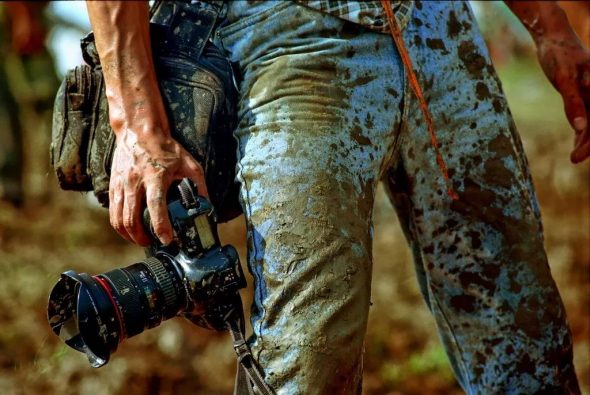 A photographer’s camera and clothes were full of mud when he interviewed  the flood in Honghu, Hubei, China on August 21, 1998.

Anderson Cooper’s speech reminded me of my 18 years old self. That’s the first time I wanted to be a journalist, and then I chose to be an undergraduate in television journalism. What I want and need is to share news, stories of people, and to tell the unknown stories to more people. From a journalist to a filmmaker, I have never changed my mind. I hope I can maintain the same enthusiasm and belief as him in my old age.