It was my first time such close to one Amerian President, Donald Trump, even I didn’t meet him. Because when we arrived at his Mesa rally-a hangar at Phoenix-Mesa Gateway Airport- on Oct. 19 about 6 P.M., the crowd line had been discharged far away from the airport. Thousands of the supporters wore red hats  “Make America Great Again”; while Others were dressed in red, or handed the slogans saying “Drain the Swamp” and “Trump Pence”. It was too surprised to me, even I know Trump was so popular in American, but I didn’t know such popular like this. 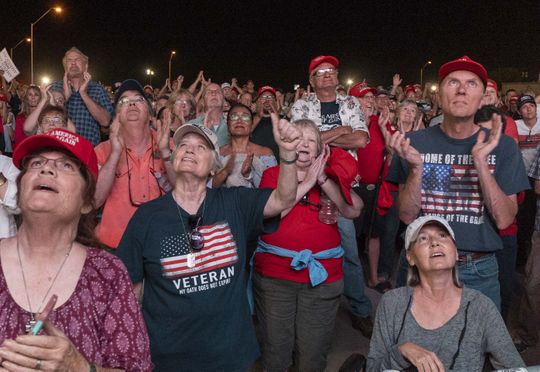 But when we interviewed the crowd and reviewed the news before one year ago, the situation was totally different from the Trump’s rally in Phoenix in 2017.

Thousands of protests were around Trump’s rally and forced the police used tear gas to disperse crowds. 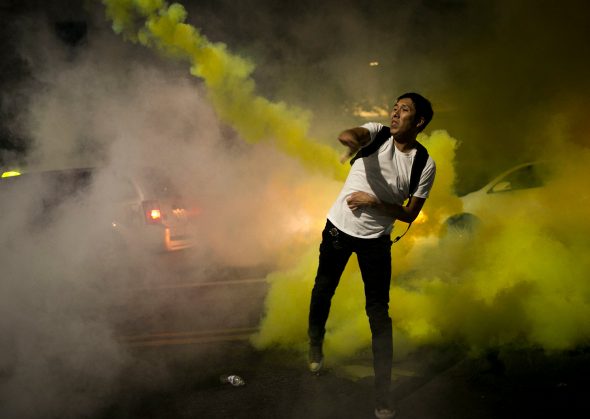 A protester threw a tear gas canister back at the police in Phoenix on Tuesday night.CreditCreditReilly Kneedler for The New York Times

But not a lot of people were in the convention center room where Trump was speaking.

It can see that Trump is really a very controversial president and would be treated differently in different places.