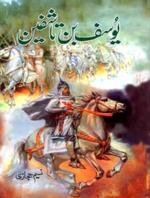 Once in my life time — only once— did someone as coward as I wanted to kill a person. The murdered-to-be was a good friend who snatched away a “mesmerizing” (at least for a teenager like me) Urdu novel Yousaf bin Tashfeen when I had barely entered the post-300 pages territory. Several years down the line, I wish he  rather killed me for the time when I was a reader of Naseem Hijazi, the author whose fiction, which he insists is nonfiction, is imbued with false and misleading glorification of violence and endless description of Muslim chauvinism.

Nasim Hijazi and his school of thought offered a poisonous genre of literature to my generation that was born and brought up in Pakistan in 1980s. Such literature appealed to us because of the hateful textbooks we were taught at school. They were the days when the country was (mis)ruled for eleven long years by a military dictator, General Zia-ul-Haq, who prolonged his junta under the radical process of Islamization.

The worst thing that could happen to my generation was the reconfiguration of the text books. Our text books taught us profound hatred towards non-Muslims and inculcated a sense of superiority complex. These books left such an irremovable impression on the mindset of some Pakistani youths for the rest of the life which could not even be washed away by the best available secular education. 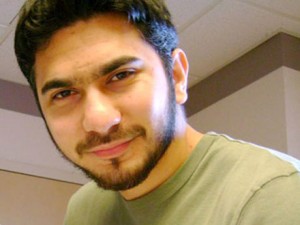 While I read the verdict of A Manhattan judge who sentenced Faisal Shahzad, 31, a Pakistani-American national who plotted a bomb blast at Time Square, for life imprisonment, I wish something was done back home to revamp the textbooks in Pakistan. Until the hateful material is expunged, the likes of Faisal Shahzad will keep emerging.

I felt devastated over the young handsome fellow who celebrated the verdict against him.

“My sentence reflects life in this world, not life in the hereafter,” he was quoted by CNN. “I’m happy with the deal that God has given me.”