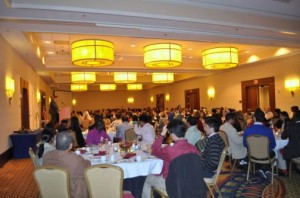 WASHINGTON DC: The Global Leadership Forum (GLF-2010), which is an essential component of the State Department-sponsored Hubert Humphrey Fellowship, was an implicit demonstration of increasing relationship between the United States of America and different countries of the world in the domain of education and cultural exchange.

The five-day long conference kicked off on Sunday in the US national capital in connection to a ten-month long program which the Fulbright Exchange Commission administers with the collaboration of the International Institute for Education (IIE).

Pakistan, with twenty-seven Humphrey Fellows, is currently the highest recipient of the coveted mid-career fellowship. 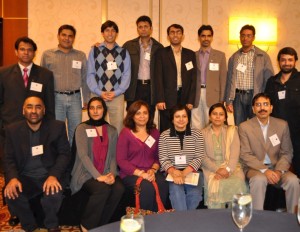 The Hubert Humphrey Fellowship, founded in 1978, to respect the services of former US Vice President and senator Hubert H. Humphrey, has a network of 4,200 alumni in 157 countries of the world.

Amy Nemith, Assistant Director of the Hubert Humphrey Program at the IIE, told The Baloch Hal that the GLF was the first of two times when the Fellows were brought together in Washington DC to introduce them with the US capital and fellows working at different campuses across the United States.

“It is a chance for all to Humphrey Fellows to discuss what it means to be a (better) global leader. The Forum is one of the benchmarks of the fellowship year,” she said,”We are expecting from the Global Leadership Forum to give the Humphrey Fellows a broader understanding of the program. Previously, the Fellows were based at their individual campuses but now we have made them a part of a larger global community.

On the opening evening of the GLF,Dr. Allan Lichtman of American University spoke about the legacy of Hubert Humphrey whom he described as a man who proved his leadership skills even without becoming the president of the United States.

Dr. Lichtman started his talk about Hubert Humphrey amid applause when he said he truly felt the legacy of the former senator after seeing Fellows from India and Pakistan dinning on one table. ” That is what Hubert Humphrey stood for!” said Lichtman who offered a chronological description of Humphrey.

According to Lichtman, Hubert Humphrey staunchly advocated civil rights and pushed the Democrats to struggle for equal rights for all citizens. He was opposed to nuclear weapons and the war in Vietnam.

” Hubert Humphrey played a significant role in introducing the Civil Rights Act of 1964 which remarkably ended discrimination and segregation in the United States,” he recalled,”he was an internal critic of the war in Vietnam and wanted it to be transformed into an internal war against disease, poverty and hunger. The War in Vietnam was horrendous for Hubert Humphrey and brought him immense misery.”

Fellows from different parts of the world admired the exchange program and described it as a helpful opportunity for the mid-career professionals to improve their management and leadership skills in order to lead in their respective domains in the future.

Hussein Habeeb Mhawesh, an orthopedic surgeon from Iraq who is currently affiliated as a Humphrey Fellow at Johns Hopkins Bloomberg School and Public Health, said the fellowship offered him a “great chance” to meet people from the same profession of other countries. ” America is a relatively new nation in the comity of the world but they have assumed a leading role within a few hundred years because of their hard work,” he said.

When asked what he intended to take back to his home country over the completion of the Humphrey Fellowship year, Hussein said: ” Probably, I am going to implement some of the US health service models in Iraq on my return. The health service in the US is quite limited because of the Health Care Insurance whereas in my country health services are free. I am planning to benefit from the American health strategies in Iraq.”

He opined that exchange programs like the Humphrey Fellowship helped in eliminating misunderstandings between different cultures. 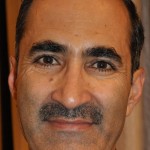 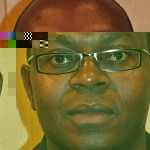 ” We are facing many difficulties and shortfalls in the health-sector,” he said, ” one of the biggest needs in Afghanistan right now is the need for leaders in the health sector. I wish to take the Humphrey Fellowship opportunity as an advantage to move further in the health field in my country.”

For David  Njenjere kabita of Kenya, who is an assistant Director at the Education Department, the Humphrey year is meant to focus on two areas: Leadership capacity building and professional engagements.

“The fellowship provides us an opportunity to share experiences,” he said. 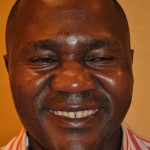 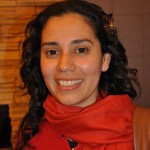 Chin Idirisu Medorni of Cameroon, who is a fellow at University fo Minnesota, viewed the Humphrey Fellowship as a drastic change in his personal and professional life: “  I am sure when I go back to Cameroon, things will not be the same because the program is amazing and it has provided me a chance to learn a lot,” he remarked.

Erika Diaz Pascacio, a Mexican fellow at Cornell University’s College of Agriculture and Life Sciences, said she viewed the fellowship as a “great opportunity” which was going to have a lasting impact on her professional life in the future to analyze what her goals in life are.

When asked what she believed was the most exciting thing to learn during her fellowship in the United States, Erika,

who holds a Masters degree in Environmental Management from the University of Queensland in Australia, said she had found the people in America as very hard working.

” I am so surprised that people in this country have to make their day every day. They really work very hard. If they want to get something, they really have to work hard. I hope I can share these experiences to people in Mexico,” she envisioned.

Earlier in the day, the Humphrey Fellows were taken on a tour of Washington DC as a part of which they also saw the White House, the official residence of the US President, and several other official and historical monuments.

The news report originally appeared in The Baloch Hal, the first online newspaper of Balochistan in Pakistan