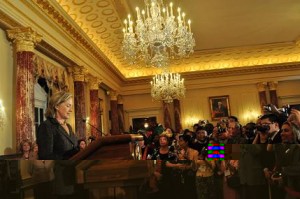 WASHINGTON DC: US Secretary of State ﻿﻿Hillary Clinton, while addressing the 2010-11 batch of Hubert Humphrey Fellows at a reception held on Monday evening said that people-to-people connections were at the foundation of all the work done at the State Department.

218 Hubert Humphrey Fellows from 93 countries of Middle East, South Asia, Latin America and Eastern Europe, have gathered in the US capital, Washington, to attend a week-long Global Leadership Forum (GLF-2010). The fellows are currently affiliated with 18 American universities. The State Department reception held at the Benjamin Franklin Room was attended by the ambassadors and senior diplomatic officers of various countries. The ambassador of Pakistan, which is the largest recipient of the prestigious fellowship, did not show up for the event.

Assistant Secretary Ann Stock and Dr. Allan Goodman, the president and CEO of the Institute of International Education, also attended the reception.

Most Humphrey Fellows said they were not expecting Secretary Clinton and her visit to the reception was a “big surprise”. As she walked into the reception, fellows, mainly the females, cheered Clinton enthusiastically.

Secretary Clinton said it was exciting for her to see a diverse and impressive gathering as the Humphrey Fellows began a “very worthwhile year of study.” 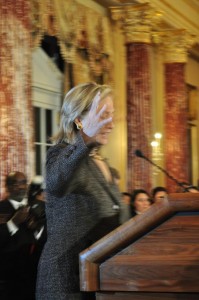 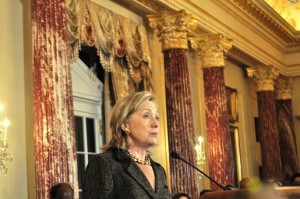 “I came here to really thank you for deciding that you wanted to come to the United States and to learn and to let us learn from you as we build greater understanding and more bridges between people. I think that the idea of nurturing talent and creating opportunities for the next generation is really key to what we’re trying to do in the Obama Administration and here at the State Department,” she said, “We’ve got to build more mutual understanding and mutual respect. We need more links between people in government today and people who will be in government tomorrow. So we do expect great things from you when you return home after this period here as a Humphrey Fellow.”

Secretary Clinton complimented the sizable representation of women in the fellowship program.

“I must confess I’m very pleased to see so many women here.  I really believe that investing in half the population pays off,” she said.

She also paid tributes to former vice president Hubert Humphrey in whose commemoration the fellowship has been launched by billing him as one of real inspirational leaders of the last century in the United States.

” He took stands on issues, whether they were popular or not, and he fought hard for them. He was an early leader when it came to civil rights. He supported the creation of the Peace Corps. He was someone who really appreciated the legacy of service.”

She urged the Fellows to maximize the unique learning opportunity during their stay in the United States.

“I hope that each of you will take advantage of this opportunity – ask questions, schedule meetings outside the classroom, volunteer to help on projects, just take it all in. Because we want you then to take what you have learned and put it to use in your own countries. You will meet friends that you never met before, both among the other Humphrey Fellows and here in the United States. And so you will get a chance to exchange ideas and to really test yourself. The students sitting in your classrooms or studying next to you can be a valuable resource for you.” 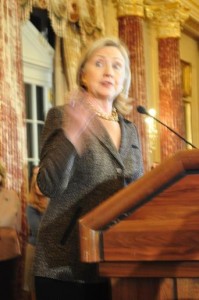 She also highlighted the significance of networking for personal and professional purposes. “When you get to know someone as an individual, it really does change your mindset, and I find that in my own experience and I hope each of you will as well. There’s an alumni network of more than 4,000 Humphrey Fellows in 156 countries around the world, so there’s a built-in opportunity to have a network experience because of who you are and this extraordinary opportunity.”

She further said the Humphrey Fellows had a lot of partners and allies across the world.

“Remember that we stand with you. We believe in you. We support you. You are here because a lot of people decided that you should be here. So we know that this is a challenging experience, but we all think you’re up to the challenge. And I think if you can take advantage of this time, your experiences will help you become even more ready to assume a leadership position in your own country and society,” she remarked.

On the second day of the Global Leadership Forum, Shanta Nagendram, Director of SkillsFocus Consultancy of Malaysia, shared her experiences as a Humphrey Fellow in 1987. She spoke in detail about skills, perspective and knowledge required to become an effective global leader in the 21st century. She shared her learned lessons and repeatedly talked about the importance of networks and contacts the fellows make during their stay in the United States for ten months.

“I have one bad experience for every ten good experiences in the United States,” she said, confessing that perceptions about women, blacks and Muslims had worsened in the post-9/11 which had made exchange programs and international tours more difficult. However, she urged the fellows not to confuse the people of America with the political polices of the government. 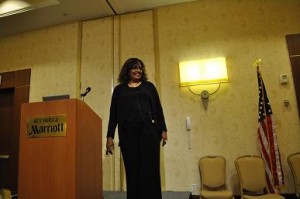 Shanta said she came from a middle background when she joined the Hubert Humphrey Fellowship program but found it as an extraordinary learning opportunity. She wanted to become a successful negotiation consultant and today her clients include the US Government, leading multi-national companies and international non-governmental organizations.

Participants of the Humphrey Fellowship also took part in an exercise to discuss pressing global issues in the context of Copenhagen Consensus of 2004 and 2004.

During their deliberations, the Humphrey fellows hailing from assorted domains of life prioritized areas in need of greater need for allocations for issues like air pollution, conflicts, diseases, education, global warming, malnutrition and hunger, sanitization and water, subsidies and trade barriers, terrorism and women and development. Most groups prioritized education, diseases and hunger in top sectors they believed needed global attention and spending.