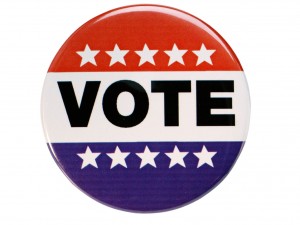 The panel discussion on ” The Media and the 2010 Midterm Elections” during the Global Leadership Forum was a grim reminder how both the media and polity are falling in the hands of the corporate elite. All three speakers, Professor Kevin Klose, Ms. Kay King and Dr. Jeremy Mayer, contributed immensely to my knowledge about the US electoral system, emerging and ending trends.

Does the heavy involvement of money in electoral races not shut doors for politically conscious but relatively less wealthy politicians? I am surprised that none of the speakers uttered a word about the election manifesto of political parties during the mid-term elections. In a question, which I could not ask because of lack of time, I wanted to know how different the election manifestos were during midterm elections as compared to the presidential polls. In addition, do political parties reshape their electoral promises during the midterm elections? I still have to find out the answers to these questions.

My concern is politics, like the media, will further by driven by corporate interests rather than political ideologies in the future.

When CEOs join the electoral race and devoted political workers lag behind because of numerous unavoidable reasons (such as scarcity of money to run advertisement campaigns etc) then we should not get surprised what  Dr. Jeremy Mayer pointed out: “Many campaigners avoid the media. They don’t invite or welcome the media in their campaigns”.

They don’t feel the need to talk to the media because, in some cases, they have got their own media outlets or media cells. They now run their election campaign via Twitter and Facebook. Along with so many other questions, I will conclude with one more question: What is going to be the future of election reporting? Will election candidates and voters need us in the futre? Dr. Jermey said: “People now prefer to switch to media outlets that provide them the information they’d like to hear while living in their comfort zone.”