The President of United States address to the nation reminded me of the situation of my people back in Pakistan. Though I missed the first half of the speech, the second half didn’t convince me. The President spoke about women’s rights and emphasized equal payouts to both men and women. Such statements from a Pakistani Prime Prime Minister make sense to me since Pakistan remains far behind the United Sates in regards. 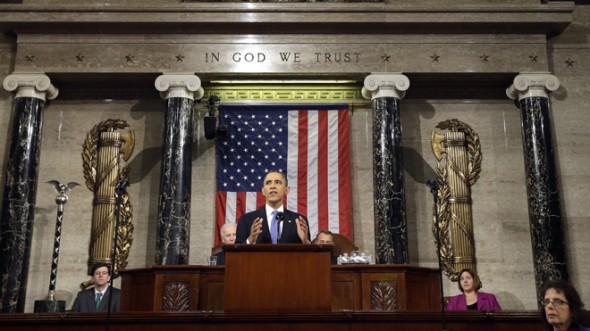 When it came to Republican representative, Ms. Cathy McMorris Rodgers, her speech was all over the map. Sto gender equality. Also, the United States is providing aid to Pakistan to support the emancipation of women which is appreciated, however, I was not expecting there to be a similar issue within the United States. In fact, I thought the United States would be worried about the rights of men by saying that 70% of jobs are being occupied by women.

She sounded more like a first grade teacher instructing her students about how to kiss your children good night and how to pay the bills, etc. I considered the best part of her speech to be about the immigrants from all over the World that rush towards the United States for better opportunities and to live in a place where no challenge is too great and no dream is impossible.

Later, she concluded her speech by praying “with the guidance of God we may prove our selves worthy of his blessings of life, liberty and pursuit of happiness for when we embrace these gifts we are each doing our part to form a more perfect union, may God guide you and our President and may God continue to bless the United States of America.”http://www.youtube.com/watch?v=Qkaay1P7Ar8

The question that remained with me after watching her speech is whether the United States is turning into a “Religious State”?

We may declare ourselves worthy of God’s blessings i.e. life, liberty and pursuit of happiness but we shouldn’t forget our own responsibilities. Each one of us has to play the part to form a more perfect union. While these political dialogues can be of assistance for my future political career, can they really justify wasting public money on war and destruction?  It is time to cut back on war spending and utilize that budget to provide relief in the health and education sectors.

2 Comments on “SOUT: From White House to Pakistan by Javaria Tareen”