Stewardship in a by-the-book definition means being responsible. But, in my mind, it is important for stewardship to go beyond what is responsible. They must also give back.

What does it take to give back?

Apparently if you are a large organization, not much. And that’s a good thing, because it allows very powerful companies to donate large sums of money, therefore making a large impact.

For example, according to Forbes, in the article “American Companies That Give Back the Most” Kroger donated $64 million in 2010, which was 10.9 percent of their 2009 profits. Comparatively speaking that is a significant portion of their profit margin.

Image what could be done if all people and corporations gave one tenth of what they owned.

Other companies give back in more direct ways. For example the New York eyeglasses company Warby Parker has donated more than 500,000 eyeglasses for those in need though their “buy one, give one” model. They are also a carbon neutral company.

Any organization that legitimately cares for the market they are in should be interested in preserving it. For example, the outdoor retailer Orvis, has many sustainability initiatives to protect the wildlife. It just makes sense. They sell things for the outdoors, therefore they are invested in protecting the outdoors. Their list of initiatives can be seen here.

In some cases, all it takes is a single person to make an impact. Take surfer, musician and environmentalist Jack Johnson for example. Johnson grew up on the Hawaiian coast and began his career making surfing films before breaking into the music scene. He has leveraged his personal brand to do good through his All at Once initiative, which promotes and participates in a variety of environmental projects. His recording label, Brushfire Records is solar powered.

The common theme is leading through example. It is important for these people and businesses to show people that they can be both successful and charitable.

This is also a smart business strategy. People want to invest in companies that care. 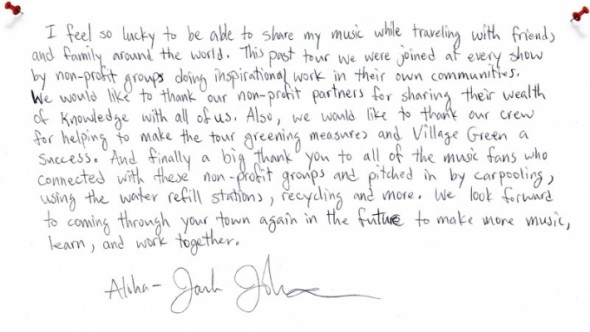 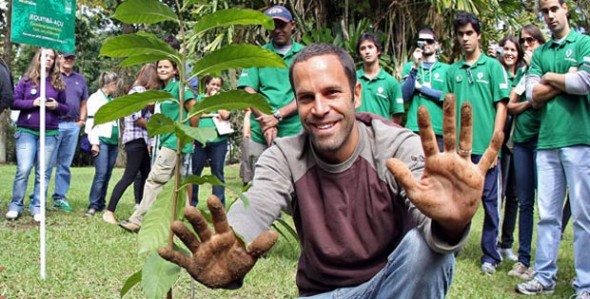