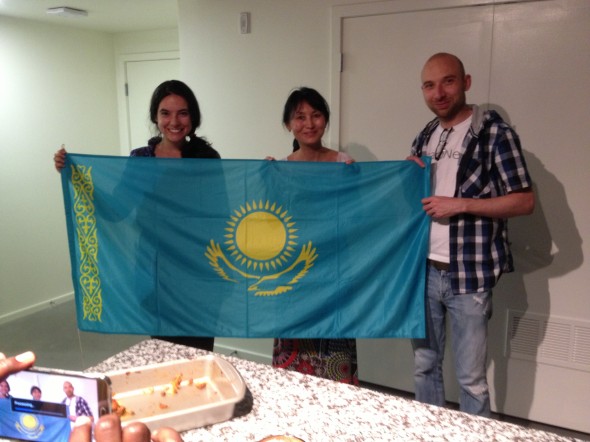 We thought that the best way to show teamwork would be to put it into action. We can talk about teamwork, but it is not the same as showing how a team interacts.

Teamwork takes the actions of people and combines it together, so to demonstrate this we combined the tastes of Kazakhstan and the United States into a meal for our friends and classmates.

The act of cooking teaches many lessons. In the past, people spent a significant amount of time preparing and eating food together. This was important because it taught communication and was an outlet for people to discuss and share ideas, thoughts, and values. It was not only the act of simply preparing food, but also it was an act of love and taking care of one another in a positive way. These traits learned from cooking are vital to any team situation because everyone needs an opportunity to learn and express himself or herself.

Food is a part of every culture and reflects the people of a nation, so we wanted to share our unique dishes to better understand one another and help others understand us as a team.

Let’s start with the Kazakh dish!

This dish is Kazakhstan is called Palau. It is made in one pot mainly with meat, rice and vegetables. The interesting part about this dish is that it is similar all around the world not only in what the dish is made out of, but also in how it is called in various languages. That is why when we prepared this dish we invited our friends from different countries because it is an international food.

Now for how we worked as a team. First, we discussed what is needed to accomplish our goal of making the dish and then we divided the list of ingredients. It is important as a team to delegate all of the tasks, and not try to do everything individually. Cooking palau requires a multi-step process so we needed to work amongst ourselves so we could work faster and more effectively. Palau takes about one and half hours to prepare. 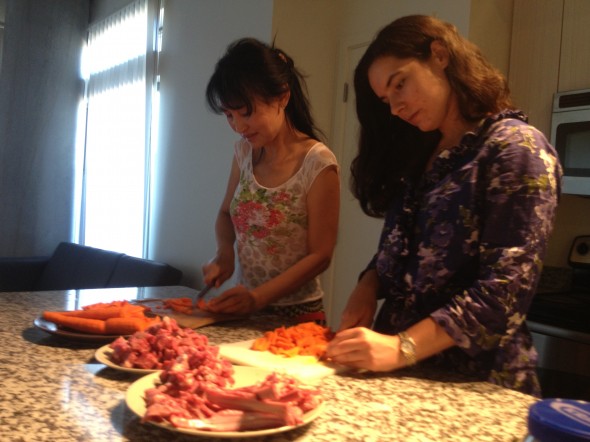 One of us cut the vegetables and the other one cubed the meat. Once everything was chopped, cut and cubed we started to cook in a large pot. 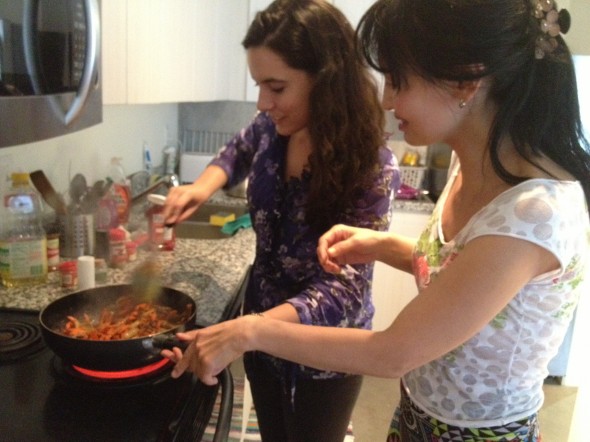 Since it takes a while to prepare, we were able to make other dishes during that time. We prepared Kazakh fried eggplant, salad and a pumpkin dessert. 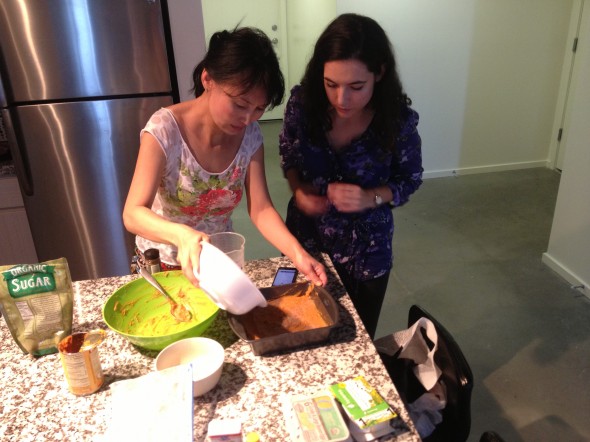 The pumpkin dessert was the American aspect of the meal. Since it is fall and many Americans incorporate pumpkin into their meals during this season, we thought it would be appropriate to add this to our meal.   Also, we had a special guest appearance from Vlad who contributed to the cooking and cleaning for the evening. He added a little Romanian flavor to our Kazakh/American team with his delicious called moussaka. 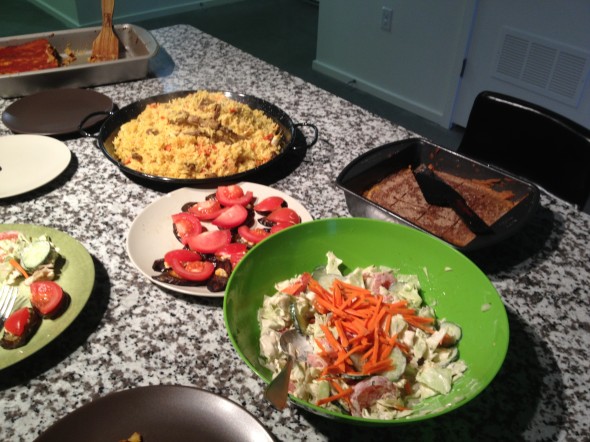 Once we finished cooking, we shared our teamwork with our friends from Estonia, Uganda, Armenia, and the United States.

During the process, we grew as a team because we shared about our individual cultures, used our unique talents, and worked together to complete a common goal. We discovered that doing things together as a team is not only educational, but also fun. It was an evening filled with joy and laughter and of course Kazakh tea with milk! 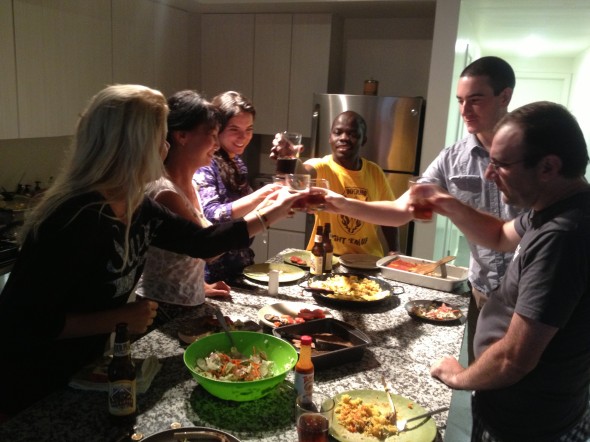 Some recipe links! The dessert link is the recipe that was followed and the other links are examples of recipes that could be used to prepare these dishes.